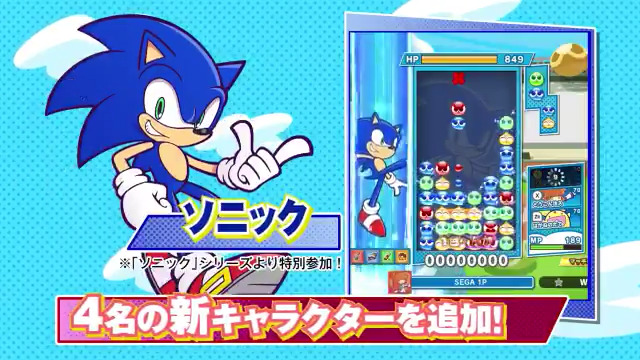 Before the launch of Puyo Puyo Tetris 2, SEGA promised free post-launch support. The first update, which goes live on January 14, was detailed today.

Puyo Puyo Tetris 2 is getting four new playable characters, including Sonic. Online play will also now support “Boss Battle with Everyone”, new Item Cards and My Icons are on the way, and new background music is being added.

We have a trailer showcasing the first major Puyo Puyo Tetris 2 update below.