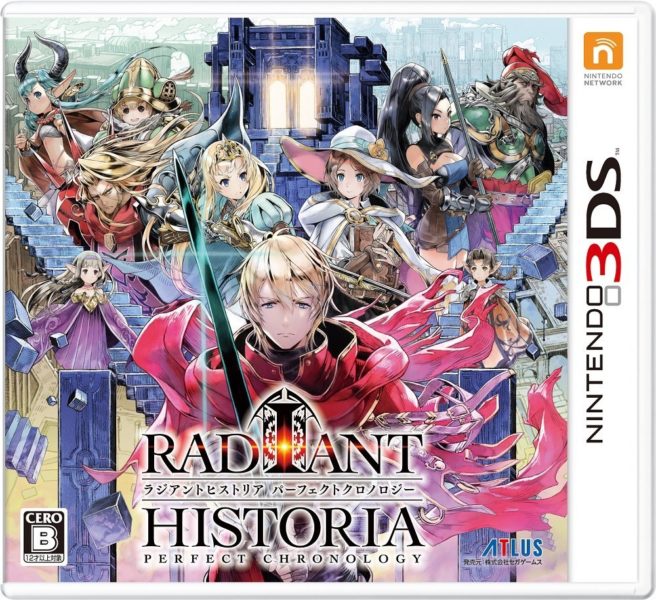 Atlus issued another update about Radiant Historia: Perfect Chronology today. Along with a bunch of screenshots, details were sent out primarily covering different areas, characters, and the battle system. Everything’s been rounded up below, courtesy of Gematsu.

– Simple society formed by the Satyros in the forests cast of Alistel
– Led by their Patriarch Barranca
– The Satyros have power over Mana and are protected by a holy tree suffused with it
– The Satyros that love to dance are mainly jovial and filled with curiosity
– Over the centuries, the Satyros have continued to isolate themselves from humans
– In contract to the Gutrals, who have completely severed ties with humanity, the Satyros still enter human settlements from time to time and participate in cultural exchanges
– Formally, though, Celestia has broken off diplomatic relations with humans
– Celestia is protected by a magic barrier, so humans can’t enter

– Leads a troupe of travelling performers which includes Aht and Liese
– Always a gentleman and acts as Aht’s “Uncle Vanos”
– Happy with his life as a wandering performer, but he is personally acquainted with the Patriarch of the Satyros, and seems to have his own agenda

– Satyros dancer who acts as an older sister and caretaker for Aht in Vanoss’ troupe of travelling performers
Affable and taklkative
– Has a generally sunny disposition
– She is a Satyros, but shares Aht and Vanoss’ warmth towards humanity

– The country of the Gutrals
– Led by their Elder, Galva
– Found to the southeast of the continent, deep within Abyssia Forest
– The Gutrals take pride in their formidable physiques
– Any of them has power equal to or greater than the mightiest human warriors
– Gentle and have honest hearts
– They are deeply opposed to war and rarely ever resort to force

– The Gutrals’ Elder
– Over 150 years old
– One of few living beings of who know of the continent’s history
– His race has been deceived countless times by humans, resulting in the loss of many of his kind
– Therefore he is not kindly disposed towards humans and limits his people’s contact with the outside world to a bare minimum
– Thhe Gutrals are mere observers in the war between Alistel and Granorg

– Loose alliance of wanderers, drifters, and refugees was founded in the desert to the southwest of Vainqueur
– Many were attracted to Cygnus by its policy of no-questions-asked acceptance
– Lax laws
– One side effect of this is that quarrels tend to break out quite often and the citizens living there tend to be rather coarse
– Cygnus was once divided among various small, quarreling factions
– They all have been united by Garland, current king of Cygnus
– The unified country has maintained a neutral stance in the feud between Granorg and Alistel
– Granorg’s constant interference means there is little love lost between the two nations

– The king of Cygnus
– Nickname: “Desert Tiger”
– Was known as Cygnus’ strongest mercenary before being king
– Was the natural choice to unite the vagabond empire due ot his courage, grace, magnanimity, and strength
– Honest, chivalrous man who hates to do wrong and values the golden rule above all
– Outsiders typically assume that a man of his background would rule with an iron fist
– He always takes into account to opinions of his subjects and works hard to shape an orderly Cygnus form the chaos of its constituent parts

– Combos happen when ally attacks connect
– By skillfully using the “Change” command, you can connect these combos
– Combos gradually increase the amount of damage dealt

– When your “Mana Burst Gauge” fills up to its max, you can unleash a “Mana Burst”
– This is a very powerful skill
– Each character will learn new “Mana Busts” as the story continues