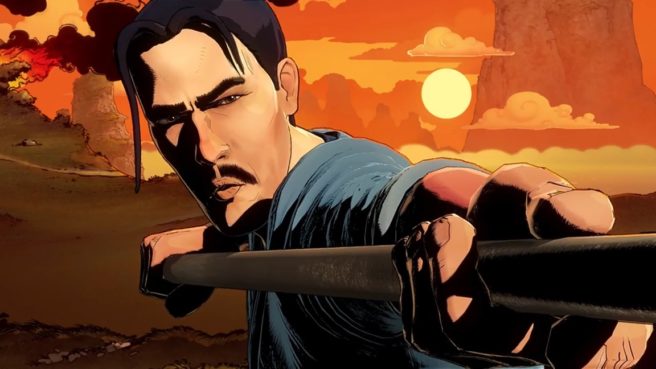 Buka Entertainment has announced that it is partnering with Koch Media on future titles. Koch will be distributing Redeemer: Enhanced Edition, 9 Monkeys of Shaolin, and Ash of Gods: Redemption in select territories at retail.

Here’s an introduction to all three:

Redeemer: Enhanced Edition is an intense modern take on the Brawler genre where you will punch, hack and blast your way through enemies using fists, hammers, fire arms and even the environment. The game will be available 2019 for PLAYSTATION 4, Microsoft Xbox, Nintendo Switch and PC.

Play as Vasily, once elite operative working for the biggest Cybernetic Weapon Manufacturer in the world, he narrowly escape to a secluded monastery when the corporation turned on him, willing to make him one of its cyborg soldiers.
For 20 years he tried to find peace and harmony amongst fellow monks until the corporation eventually found his trace and is now closing-in on Vasily’s location In so doing, they have given him one last shot at redemption.

Ash of Gods: Redemption is a turn-based RPG featuring constantly evolving storytelling with risks that truly affect gameplay, along with an extensive online PvP mode. The game will be available 2019 for PLAYSTATION 4, Microsoft Xbox, Nintendo Switch and PC. The game features a story based on the complexity and ambiguity of moral choice where any of the characters in game can die. Momentary benefits may cost a character a life, while sacrifice will make the walkthrough of one of following episodes easier. Ash of Gods: Redemption features a mix of gorgeous art, lush music, tactical combat, and a powerful story that plays out via dialogue driven layer interaction. Depending upon a player’s decisions, no two playthroughs of the game will be the same.

9 Monkeys of Shaolin marks a true rebirth of the iconic brawler genre in vein of old-school video games. The game will be available at 2019 for PLAYSTATION 4, Microsoft Xbox, Nintendo Switch and PC.

As a mere Chinese fisherman Wei Cheng you have to avenge the death of your friends and family slaughtered in a pirate raid at your peaceful village. The game protagonist is quite a tough nut to crack as he knows the basics of ancient martial arts only mastered by legendary Shaolin monks. Get your trusty battle staff ready for a challenging adventure in Medieval China and for merciless fights with hordes of various enemies.

Action-packed battles, user friendly controls and incredible atmosphere of great kung-fu movies of the 70s – all this makes 9 Monkeys of Shaolin a perfect choice for every true fan of really hardcore brawlers.