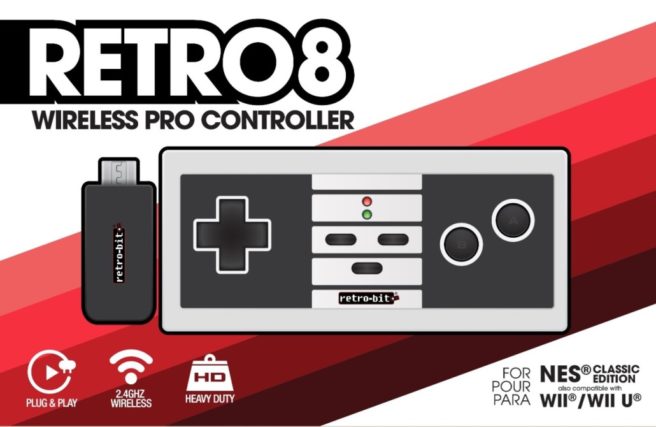 The wireless version connects through a special dongle, and supports up to ten hours of gameplay. It also comes with a 3.5 foot micro USB charge cable. It’s launching in March for $19.99.

The wired controller will ship a bit sooner, as it’s planned for February with a $9.99 price point. You can connect it to the NES Classic Edition with a ten foot cord.

Worth mentioning, both of these controllers also work with the Wii U and Wii. 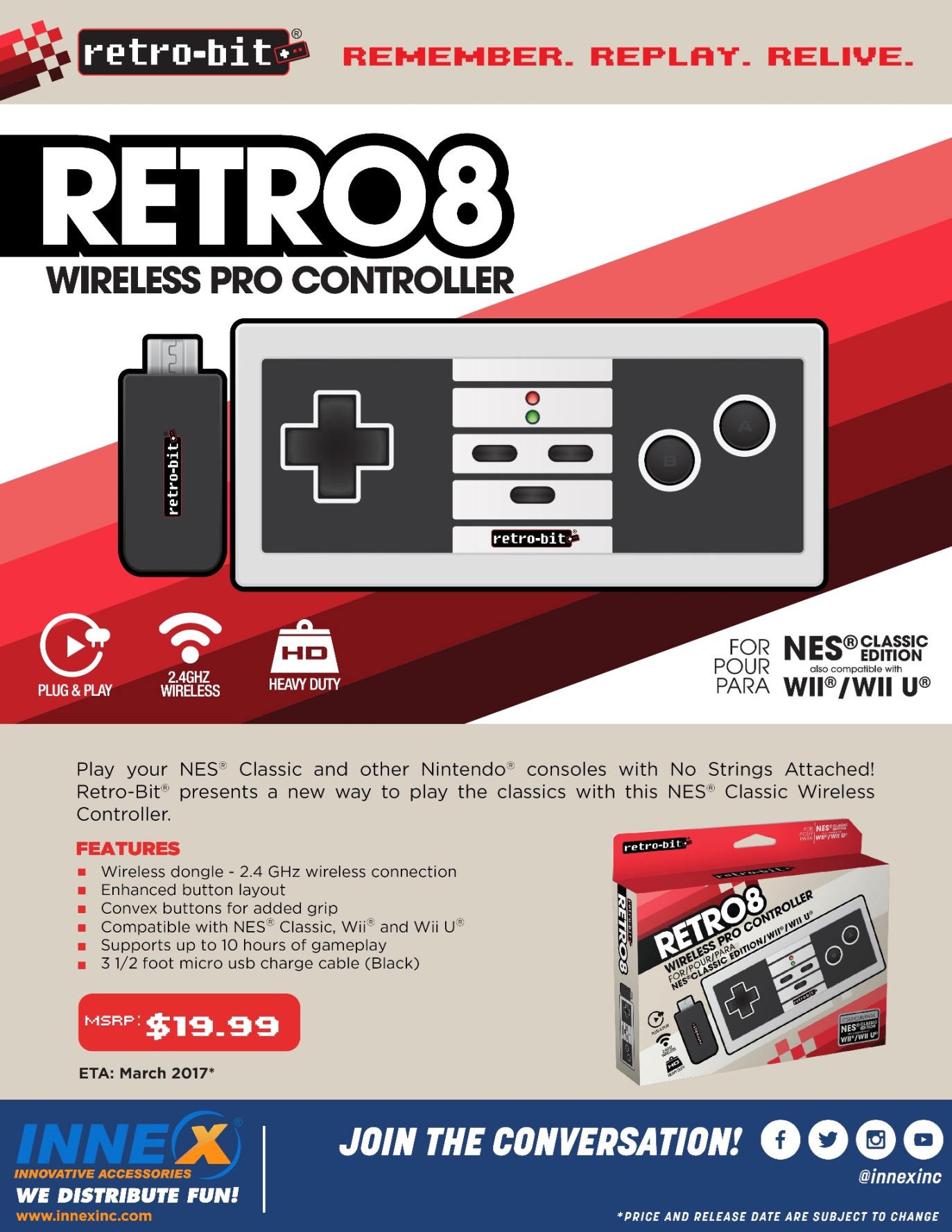