[Review] A-Train: All Aboard! Tourism 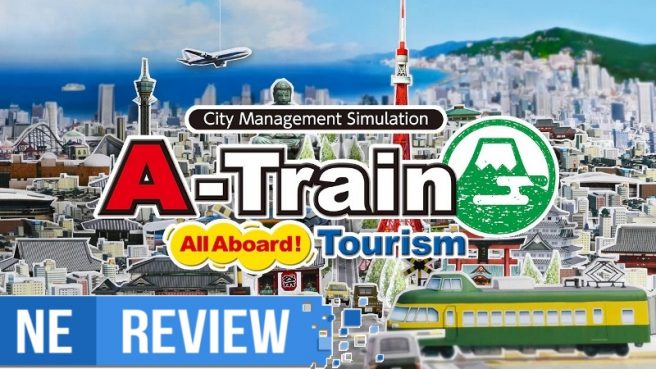 The city simulator style of gameplay has been around since SimCity released on various platforms back in 1989. Since then, the formula has been used in a variety of ways to give players the chance to customize their own towns, homes, farms, and explore the concept of planning and managing bustling communities over the decades. Believe it or not though, A-Train’s series has been going on since before the Sim craze began, releasing its first game back in 1985 on the beloved NES among other platforms. Artdink’s long-running franchise has become a beloved staple of urban planning, and this release on Switch brings the storied history of the title to more people than ever before – but is will this management adventure become a tedious grind, or a relaxing past-time?

The focus on infrastructure was a strange change to me when first getting in to A-Train, but not having to worry about managing every aspect of a region was a welcome change. A single focus rather than a broad spectrum of work took some getting used to. Most simulation games I have played up to this point had me checking on a huge of information at almost every turn, which minimized targeted goals and had me more worried about the bigger picture of things. With A-Train, a lot more information was presented at first about the main topic: the transit system, which captured my interest almost immediately. You see, A-Train is a specialty simulation, and you’ll be learning a lot more about public transport than you thought possible, in a way so unique that only Japan can really accomplish it. After all, what other countries have so successfully implemented transit systems akin to the Land of the Rising Sun? Not many. 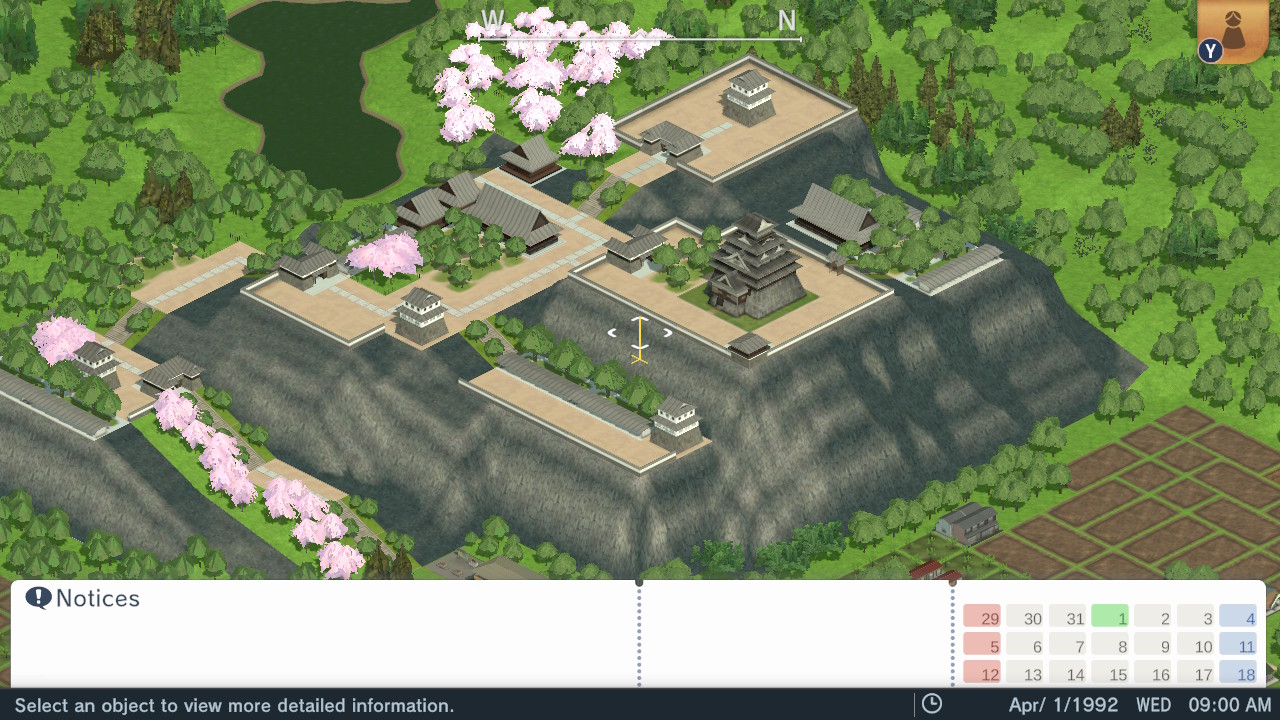 The first few tutorials of the game introduce a vast amount of information quickly, and thought it may be hard to remember everything, these can easily be repeated to refresh you if need be. The UI can be accessed with not only the controllers, but also with the touch screen, which had me playing in handheld mode moreso than docked. The touch screen made navigation so much easier, as clicking through menus seemed tedious from the start. That is, of course, my main gripe with the experience, but the workaround of utilizing the touch screen for menus fast made that complaint no longer relevant. I simply gravitated toward these controls without even realizing it, which made my experience way more smooth and snappy.

The menus themselves are chock full of information. Little details about almost every aspect of the region you’re working with can be found, and this can help influence your decisions on how to implement infrastructure around the area. The first tutorial area did a wonderful job at educating me about goals, showing me how to lay track and upgrade things, and even showed me how to really see my work in use by zooming in and watching the citizens utilize the systems I put in place. This became a really fun part of the experience, as seeing people use the transport that I set up altered the overall flow of townspeople altogether, changing the way people went about their daily lives. It was a little mesmerizing and might be my favorite part of the game.

Guiding you throughout your experience is your adorable secretary, a cute anime-style character (designed by Etrian Odyssey’s Yuji Himukai) that does her absolute best to ease you into the various systems and sets the expectations for what you have to do. She educates the player and serves as a guide to help you figure out what to do. There are a handful of other characters you’ll encounter in your playthrough, but the secretary will definitely earn a place in your heart the fastest. She’s just so endearing. 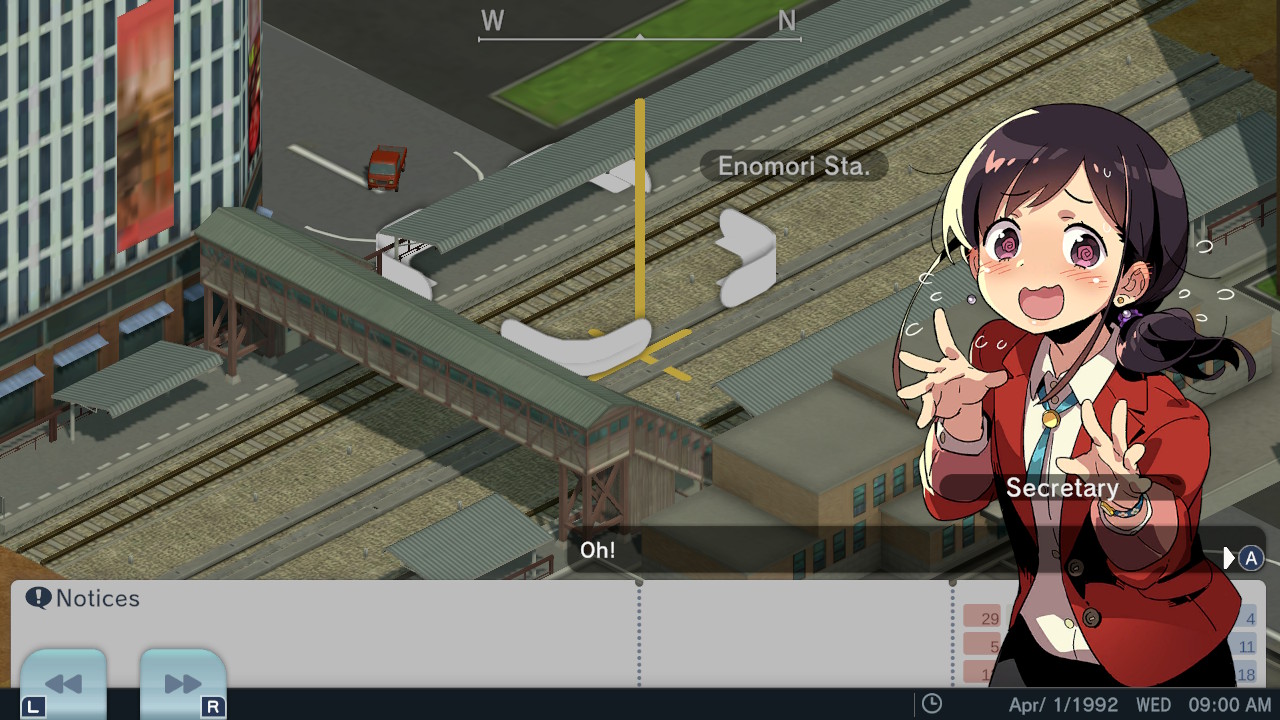 Apart from the tutorials, a selection of other scenarios are available to choose from. The difficulty for each is different, with starting money, goals, and other aspects completely separate from one another for a unique challenge. When these are exhausted, or if you simply want a change of pace, the player can create their own scenarios and choose from various goals and limitations to create a custom-tailored experience to play through. These custom scenarios are one of the parts of the game that really allows A-Train to shine, giving it a high value of replayability due to the massive amount of scenarios that can be created with either easy and relaxing setups, or brutally hard challenges depending on how you’re feeling. That dynamic selection is something I found myself captivated by early on, and allowed me to learn more about the game that way than I did in the tutorials. Simply by exploring and trying new things I was able to see what worked and what didn’t, and how my decisions impacted the towns I was working in. As my infrastructure evolved, so too did the towns, often expanding into bustling cities that stretched into one another after starting as spaced out tiny towns.

Now, while the creative aspect alone is fantastic, there’s also a sense of realism that you have to worry about: fees. Taxes, loans, land fees, employee satisfaction, the stock market… All of these and more are things that influence your overall revenue. Your losses and gains are impacted by all of these factors, providing a very realistic depth to the gameplay. Investments and customization makes a notable impact on tourism in the area, thus increasing your overall earnings if you play your cards right. The placement of shopping areas relative to stations, the amount of attractions and their proximity to various stops, all of this matters in the grand scheme of things. It’s a lot to think about, and a lot to remember, but I found myself doing better as I went through more scenarios, and though I came across a lot of difficulties and couldn’t clear every single one, I felt like I actually learned a lot about the game and even understood the world around me a little better. Urban planning is… challenging.

For those looking for a city-builder, this may not seem like what you want, but I’m here to tell you that what you get is an entirely different experience that ends up being a breath of fresh air for the genre. The graphics may not be fancy, and you may not be able to impact towns in the way you want right away, but the realistic approach to transit systems and how they tie into tourism is a unique experience all its own. While the user interface confused me at first with the complicated menus and controls, I easily adapted to touch controls and found myself wrapped in a rich and complex series of systems that culminated in a wonderful experience in understanding public transit. A-Train: All Aboard! Tourism is a very unique game, and as my first taste of the series, it’s safe to say that I’m definitely going to be hoping for more.