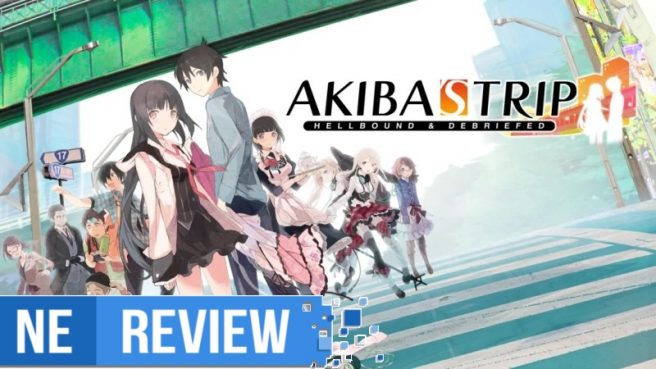 Akiba’s Trip is one of those odd niche titles that has earned success thanks to its unique beat ’em up, strip ’em down gameplay. While it has sold over half a million copies since its debut many years ago, the game’s formula has rarely been replicated. After it received a manga and even an anime alongside it, it’s a wonder why it took so long to get a true sequel (not counting Akiba’s Beat). Akiba’s Trip: Hellbound & Debriefed isn’t the follow-up to what some would consider a cult classic, but it is a remaster of the original PSP title that was never localized outside of Japan, marking the debut of the game in the west ten years later. It’s both a blast from the past and simultaneously dated as its age undoubtedly shows and offers very little in terms of additions and changes.

Akiba’s Trip has always featured a very simple premise of a traditional “humans vs. vampires” trope, but it doesn’t aim to be particularly dramatic like a lot of stories tend to be with that sort of narrative focus. Instead, it’s undoubtedly a fan-service title that sees the main protagonist with a name of your choice stripping other vampires all over Akihabara to defeat, destroy, and cleanse the city from any further vicious attacks that have plagued the area for quite some time now. In Hellbound & Debriefed, after being attacked in an alleyway from the head vampire that’s been frequently killing in Akihabara, your life is saved by the sister of the attacker in hopes that you would help stop her brother’s vicious and nefarious ways. Shortly after she escapes from the NIRO organization who hunts vampires and aim to keep the people of Akihabara safe, you’re then brought in for questioning and back to health. After some quick briefing, it’s not long before they cut a deal and begin to use you as an asset to aid them on their mission of finding, stripping, and ridding of the vampires, which are referred to as Shadow Souls. 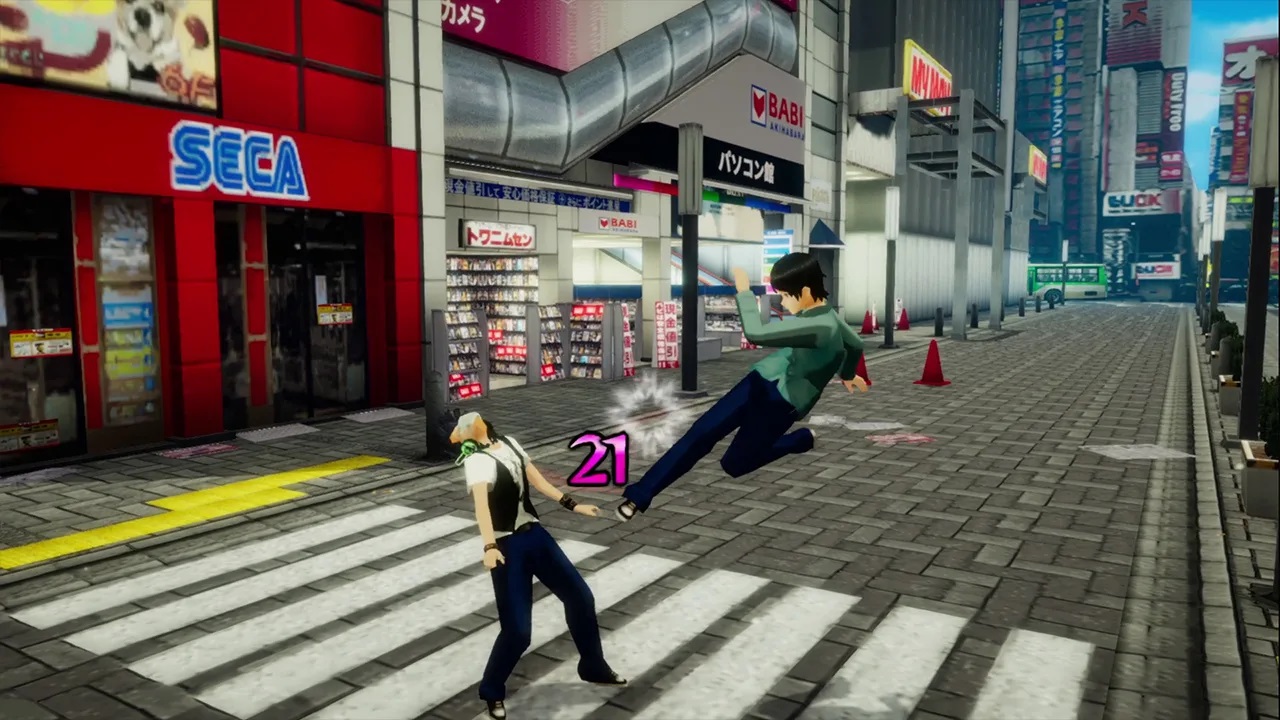 All of this happens while utilizing a team of otaku enthusiasts known as the Akiba Freedom Fighters that, while not so useful on the field, do have their strengths in other areas of the overall mission, however comical it may be. Your newfound strength as half-human and half-vampire gives you an immense advantage, and with your new connections you’ll learn how to properly strip and make use of apps on your phone, connections throughout Akihabara, as well as utilize services that will help you grow and become stronger not only physically, but strategically as well as you can pay for intel.

Given that this is Akihabara, there’s plenty to do when you’re feeling some downtime. You can visit maid cafés, arcades, and a plethora of shops that give more depth and life to the game. When the title originally released, this undoubtedly felt ahead of its time with sliced yet faithful recreations of Akihabara back in 2011. Hellbound & Debriefed feels like a time capsule in more ways than one, as not only does the game visually seem like its PSP counterpart, but the Akihabara a decade ago is still very much intact and hasn’t been updated to reflect the more contemporary architecture and businesses of today. This works both in its favor and against it as you can’t help but feel like you’re playing a classic that should have deserved better. The depth of things to do – especially when it first came out – is rather impressive and akin to how the likes of Yakuza and/or earlier Zelda titles may have seemed narrow on the surface but had incredible depth within those small spaces that gave it immense replayability and discovery as your curiosity took you from alleyway to alleyway, dungeon to dungeon, and more.

The biggest issue I have, however, is how it’s all represented, and with the textures still being incredibly flat and low resolution, it’s hard to read signs and really know what you’re walking into in some of the alleyways of Akihabara. With massive < 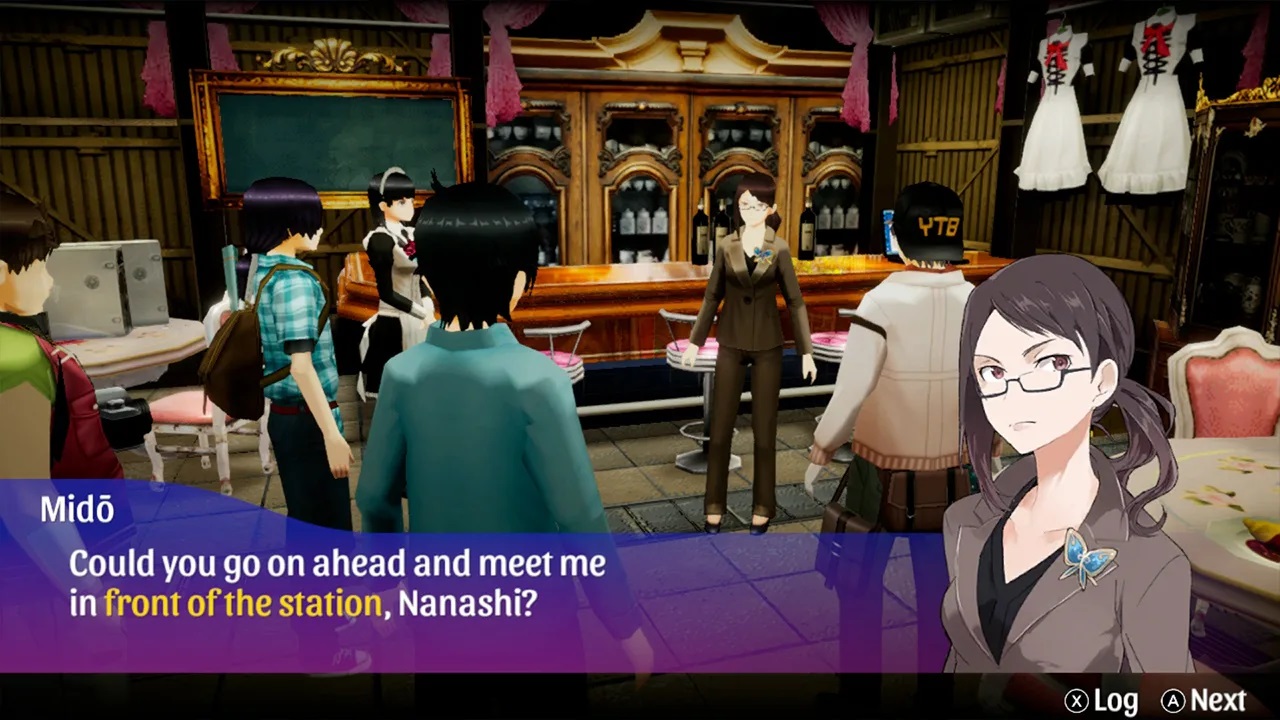 Combat is easy to pick up with a similar approach to some fighting games where each button serves as a lower attack, middle torso attack, and then upper attack that aims for the head, with a dedicated jump button leftover that can also serve as a dodge by holding down the left trigger in unison. Stripping goes both ways, however, as opponents can strip you as well with your clothes acting as a sort of health bar as they flash with the less durability they have before ultimately being torn either through damage or being ripped off—this can apply to pants, shirts, and any headwear. Once you’ve completely lost all of your clothing, the sun will eventually end up getting the best of you and you’ll die on the spot. The inconsistency of all of this however tends to come from odd hitboxes which also make dodging feel unresponsive, with weapons that even have similar shapes and sizes (like say a long thing of French bread and a bat) feeling like they have all sorts of different ranges. The game is immensely humorous, however, so even with all of its frustrations in combat some of the dialogue exchanges, reactions, and the way some of the fights carry themselves are extremely entertaining, though it’d be best to balance between fights and side activities as the combat can get repetitive really quick, even with all of the upgrades you’ll acquire later on for both weaponry and clothing.

Even with its marketing mentioning its anniversary for this remaster, I can’t help but feel like a substantial amount of work could have been done to properly respect and celebrate the property. Graphically and mechanically, animations are undoubtedly smoother and lighting and shading has improved, but oddly in some ways its original outing feels more consistent as a whole, and I would have much preferred an officially localized port rather than the engine swap we now have. Frames are consistent but, believe it or not, still not as smooth as they could be given the age and lack of any real visual enhancements, and the janky nature of stripping still very much exists here with what feels like very little touch up done.

Even with all of its enhancements that may have been done behind the scenes in getting the game running on modern hardware and into a new engine, on the surface visually and mechanically-speaking, nothing really truly feels new. The experience still feels very much dated and identical to its PSP counterpart. Fleshed-out animations and polish certainly make the game substantially more fluid than when it first released ten years ago, but you can still very much feel the sluggishness of its combat system – which is admittedly entertaining outside of its jank – and its overall presentation while playing that can easily hinder the experience. I love the idea of retaining the integrity of the original work for any piece of art, but Akiba’s Trip: Hellbound & Debriefed absolutely has huge room for improvement on many levels of its design given its ten year gap. This would have been a much better sell if this remaster was packaged with sequel, Akiba’s Trip: Undead & Undressed, but $50 is ultimately a hard recommendation for a game that is the lesser of the two within the franchise. There’s no denying Akiba’s Trip: Hellbound & Debriefed will entertain and that it’s also a great game that otaku and Japanese culture enthusiasts will enjoy, but it’s also great for early 2010s standards and not so much today’s.