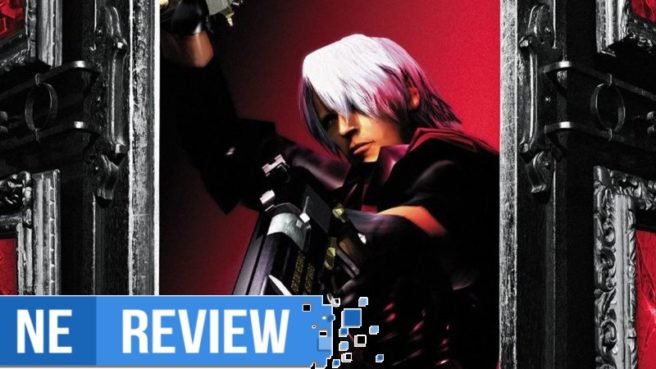 The series has had a lot of ups and downs in the last decade, but there is no denying that as a whole, Devil May Cry is seminal – and arguably the godfather – of stylish action games that have been so popular to this day. The easy to pick up but equally as hard to master (and nonetheless an extravagant feeling while playing and joy to watch) hack-and-slash genre begins here, now playable for the first time on Switch. Having the ability to play Devil May Cry at home or on-the-go is as wonderful now as it was back then. It’s smooth, it’s nostalgic, and it’s as fun as ever on Nintendo’s console.

Devil May Cry sees players in the shoes of Dante, a half-human/half-demon Nephilim, in pursuit of those that killed his family. After being visited in his place of business sharing the same name as the game’s title by Trish, a recurring character throughout the series, he takes on her request to find the almighty Mundus and stop him from returning to the human world. Mundus has always been a central focus throughout the Devil May Cry series, even if he never makes an appearance, as he holds the ultimate power among the demons that infest the world above and below and is ultimately responsible for Dante’s drive to eradicate anything that may be seen as a danger.

Throughout the game, you’ll be able to collect a multitude of weapons and upgrades that can enhance your combat and stylish ranks when taking on hordes of enemies, and the seamlessness between it all is what’s always made it feel so good for me. Going back and forth between aerial moves to ground moves and everything in between, slashing someone behind you while shooting an enemy in the air before hitting that infamous Devil Trigger that powers you up and enhances all your abilities for the ultimate slay-fest. It’s a style I’ve never gotten tired of since 2001, and somehow director Hideki Kamiya’s approach keeps getting more and more polished and seamless with each new property he adds to his illustrious repertoire of stylized and memorable games. 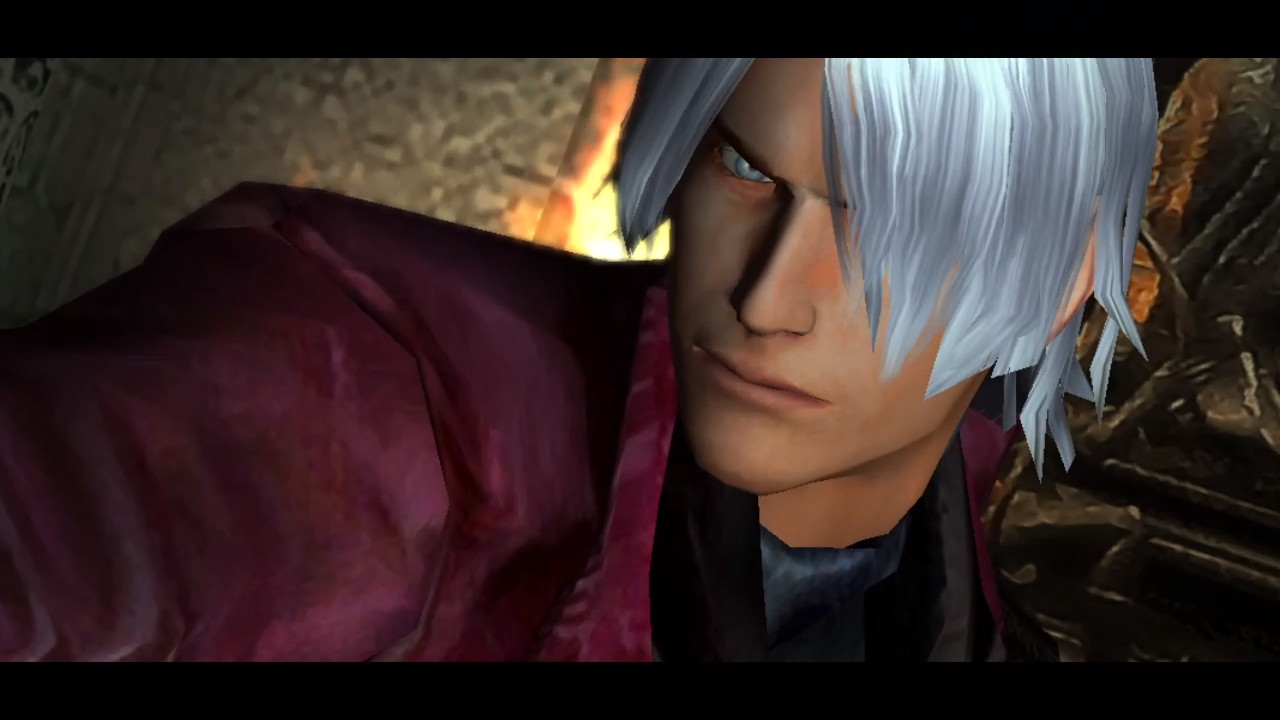 One of the more astounding things about Devil May Cry outside of its history before, during, and after development is the environmental design and how it works. I haven’t played the original Devil May Cry in quite some time, but I was surprised that when I booted it up again I still knew where everything was and the layout of each stage – it’s akin to not hearing a song for a while yet still knowing all of the lyrics. The game is presented in mission to mission format that grades you on your score, items collected (such as orbs meant for spending, healing, and more), and time to completion. For a lot of people playing for their first time, they may feel a little overwhelmed by all of the rooms and will probably be a little dumbfounded on how to progress in certain situations, but with tons to unlock the game gives it tons of replay value, so don’t feel pressured to take your time the first time around. Once you get comfortable, definitely try topping your previous score to get the highest ranking possible. It naturally lends itself to speedrunning, and even if you don’t mean to, as you play repeatedly, you’ll eventually find yourself going through the game fairly quickly, similar to Resident Evil.

While there were a lot of initial concerns, the Switch port of Devil May Cry is in fact the HD version of the game, and it runs like a charm. I’m still slightly confused as to why the entire HD collection wasn’t brought over to begin with, but it is what it is. On a big TV and in handheld mode, the game is consistent and sharp, delivering all of the high-speed flash Devil May Cry is known for, only now you choose where and how you want to play it. Controls are tight and work like they did, and outside of visual improvements, not much has changed. A simple tap of the X button allows Dante to slash his foes, with repeated presses allowing for combos that can be stringed along together with other moves depending on directional input as well as his famous guns, Ebony and Ivory, with the A button. There are a few different types of control methods players can choose from in the options menu if the buttons aren’t considered comfortable for them, and while they can’t be manually changed, the presets allow for a more accessible system, though I found the default to be perfectly adequate. 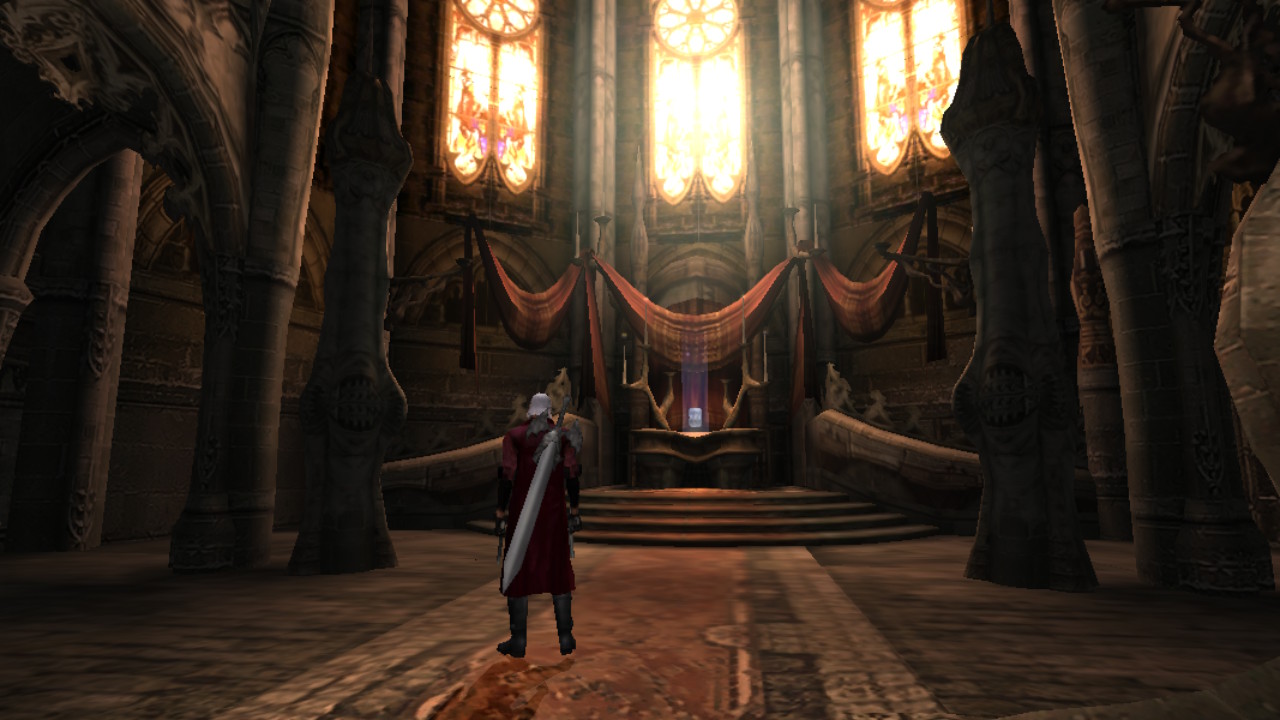 Devil May Cry has always made sure to keep you on the edge of your seat by making sure every enemy has a place no matter what size. It’s not the type of game where you would try to avoid fights even if you’re low on health because the sheer fun of it all makes you want to tackle anything and everything you see – puzzles included. It gives the player drive and makes you excited for that next big wave of enemies or massive boss because chances are they’ll be doing movesets just as stylish as you and it’s incredibly thrilling to watch. Add taunts into the mix with Dante’s expressive personality and humor and players can conduct the most over-the-top fights with enhanced cockiness for bonus points (literally). It’s satisfying to see your ranking go up to S – introducing the famous “Stylish!” rating – as you combo your moves and orbs are dropping left and right. Do keep in mind that while Devil May Cry is now known for going up to a SSS rating, this was introduced in Devil May Cry 3 and has been kept in place since then, where its initial debut and faltered sequel, DMC2, only went up to S. The names for these ratings have always varied game by game, but keep a theme of being cool (also the C rating) and exciting regardless of grade.

Cinematics are perfectly placed and make sure they don’t keep players away for too long before jumping right back into the action, but even then the cutscenes exude such a level of style that’s unparalleled to this day. Never did I think we’d see a time where Dante and company would make their way onto a Nintendo system (not including Capcom’s crossover SRPG hit Project X Zone), but alas here we are. I’d say we’d welcome him with open arms, but it seems he’s already set up shop and made himself at home.

Devil May Cry is still, to me, one of the greatest series of all time, and its debut entry in 2001 still holds up today and proves that great game design will remain memorable forever regardless of technical limitations of the past and the evolutions of the future. Its fast, frenetic action keeps players glued to their seats as they fight an onslaught of enemies and bosses through wonderfully crafted missions taking the players quite literally to hell and back with one of the most iconic protagonists of all time, taunting foes with the skills to back it up. Devil May Cry on Switch is enhanced and as stylish as ever, and for those a fan of hack-and-slash titles and where the root of hits like Bayonetta came from, Devil May Cry is a lesson in history.

Devil May Cry review copy provided by Capcom for the purposes of this review.