Posted on November 1, 2022 by Elias in Reviews, Switch eShop 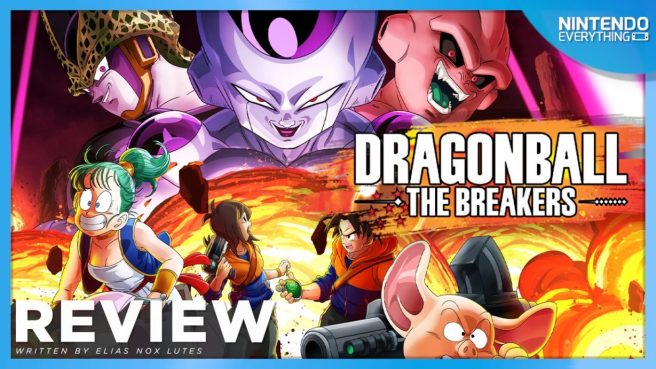 Series fans are usually excited about all things Dragon Ball, and with Bandai Namco’s latest game Dragon Ball: The Breakers, we’ve been looking forward to frantic gameplay and multiplayer fun. With mechanics not unlike Dead By Daylight, players are pitted against powerful Dragon Ball menaces with limited resources at their disposal no real means of fighting back. Standing alongside favorite characters like Trunks and Bulma, will we be able to escape with our lives?

When starting Dragon Ball: The Breakers, players can create and customize their own character. You can choose from a lot of different options, so making your own self-insert avatar is easier than ever. Once you have character creation settled, we’re thrust right into the game’s prologue where you will go through tutorials on the basic mechanics. To put it simply, you get caught up in a Temporal Seam and become a Time Cop with Trunks so you keep getting sent to different places where strange time things start happening and major series villains show up and attempt to wreak general mayhem. Luckily, there are perks to being taken under Trunks’ wing – like items to help you survive. 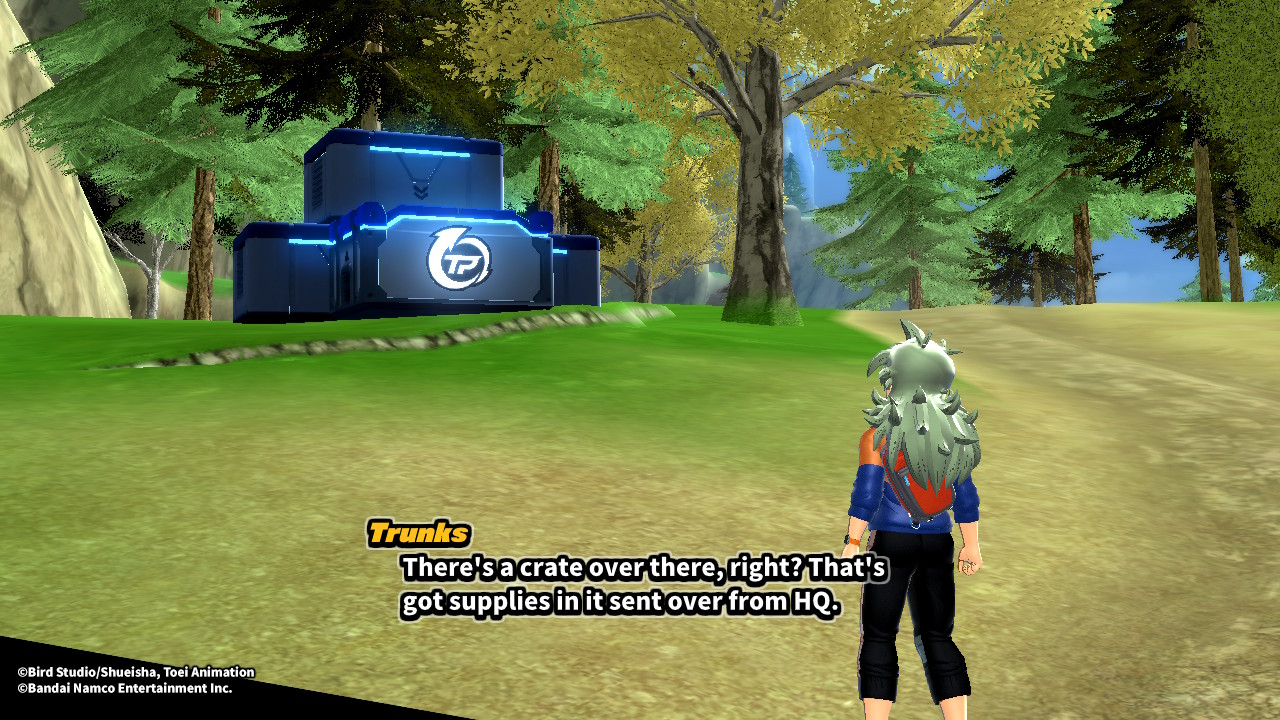 When you gain control of your character, you can move, jump, dodge, and later fire a small hand gun. It’s also possible to interact with crates and other items along a linear tutorial path. Right away, I noticed that the camera control was not very responsive and it felt like I had to constantly compensate for angles. The actions I could perform also seemed a bit delayed. With that in mind, I moved on and learned a bit more about what kind of things Time Police do, and it’s scary.

Temporal Seams tend to attract villain types called Raiders. These are classic series antagonists from the various arcs of the show with favorites like Frieza, Cell, and even Vegeta available to assail players and impede progress. This means that while we are out trying to find what we need to close the Seam and get our own tails to safety, a nasty player-controlled big-bad will be out for your blood. Working together, players will need to find the power keys, place them in the correct position, and then complete the activation of a Super Time Machine, all while trying to stay alive and thwart the Raider. Survivors relying on hand guns would be rather boring in a Dragon Ball game, so don’t worry – a rather fun little mechanic is there to spice things up. 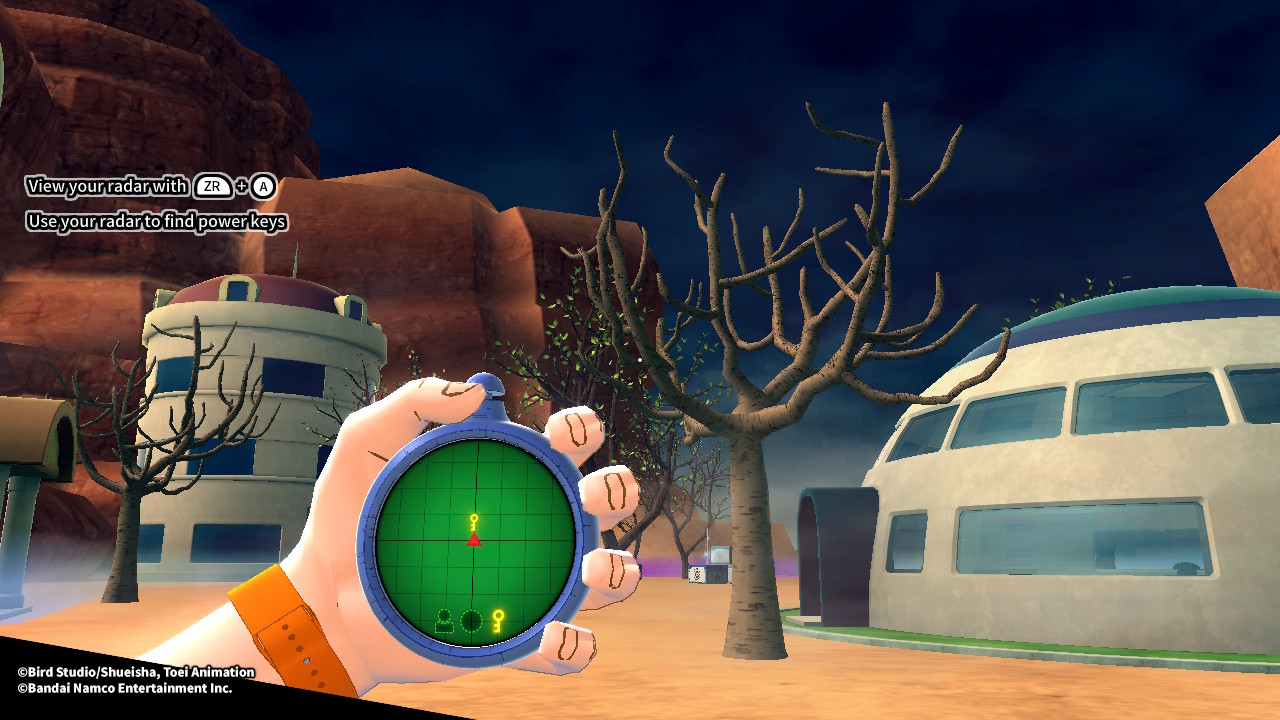 Dragon Change is an ability that allows players to temporarily take on the form of a series hero, allowing them to fight back and fend off the raider. This change is very limited, so time will expire and you’ll be back to your weak and piddly human self before you know it, so make sure to save the power up for when others also have it, because while you can stall for time and allow your team mates to work a little harder, taking out a villain on your own is a bit of a lofty goal. Collecting new heroes to change into is done with a “gacha” mechanic. Using tickets, you can gamble for characters with set percentage drop rates. While we see this type of approach a lot in game that are free-to-play, we don’t often see microtransactions ‘gracing’ our paid titles, but here we are.

Matches are all online, and players are matched with a group. Randomly, you will be assigned to either play as a Raider or a Survivor, and honestly the Raider role is the most fun. Feeling more like a Dragon Ball game, you’ll be attempting to thwart the survivors, which basically means waylaying these poor unsuspecting humans for even daring to be in your line of sight. With the chances of being a Raider set lower, you won’t get the opportunity often, but will look forward to when you do. The time issues with getting a desired role are also only enhanced by the fact that match-making is incredibly slow throughout the day and even in the evenings, which means waiting upwards of twenty minutes or more waiting to get a full group for a game. As an adult, this is sometimes time that we don’t have. 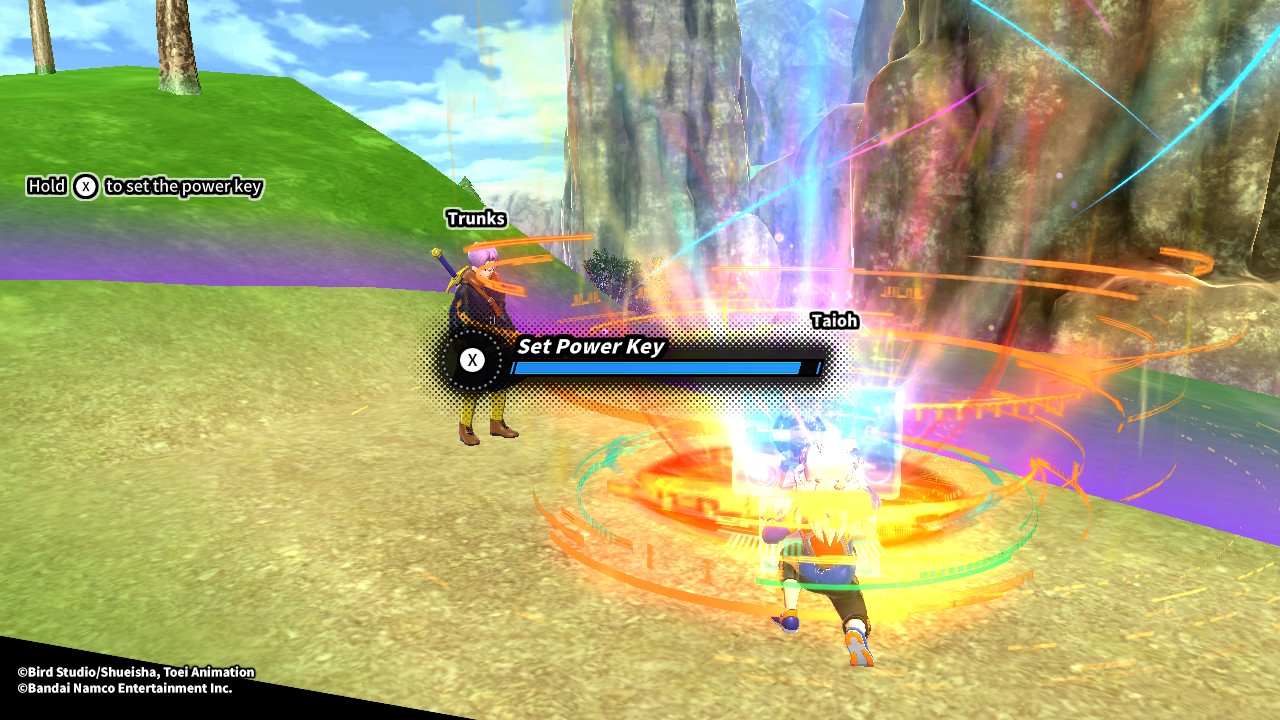 Dragon Ball: The Breakers is honestly a very nice concept. I missed the ability to utilize combat like I’m used to in most Dragon Ball games, but I enjoyed the frantic rush of trying to get things moving quickly and work with my teammates to survive. Sadly, with the game being online only, we only have a set bit of content to plow through, but earning currency in game can unlock a lot of character customization options, but the coolest ones seem to be locked behind the microtransaction wall. While some offline single-player content would definitely sweeten the deal for people who purchase the game, right now the only solo content is the game’s prologue.

Notably, this is only the first season of content, and the developers do intend to add updates to the game. This is where hopefully we will see some optimization updates and the experience may smooth out. While I don’t want to mislead anyone, there is fun to be had here; I just don’t want someone to pay full price for something that feels like a free-to-play mobile game and I cannot recommend the game in its current state. On the other hand, what’s here is more than workable and I’m hoping that Season Two adds the polish this game deserves.

Dragon Ball: The Breakers has great ideas, but execution seems to have really fallen off the wagon. With its laggy controls, jagged graphics, and always-online gacha mechanics, it feels like the game locked most of the reasons to play it behind virtual currency microtransactions. I had the most fun being a super mean villain, and that feels kind of bad. Although the game is better with actual friends, definitely pick this one up on sale.

Dragon Ball: The Breakers copy provided by the publisher for the purposes of this review.