Posted on February 22, 2022 by Dennis Gagliardotto(@LyonHart_) in Reviews, Switch 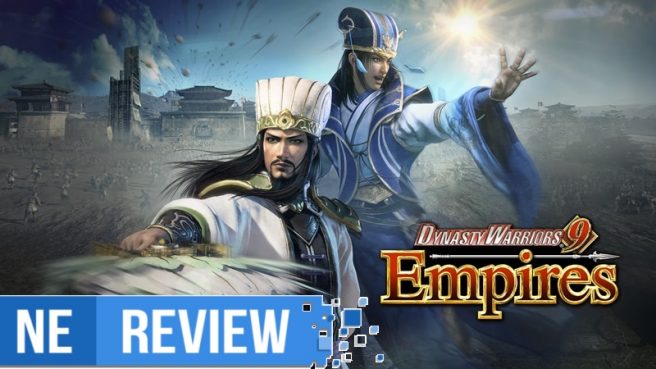 Around four years ago to the date, Dynasty Warriors 9 released globally and introduced a new perspective for the franchise with an open world format, though the feature seemed partially unnecessary. It was a neat idea that was unfortunately poorly implemented and left a bad taste in a lot of players’ mouths. Could an Empires edition – which many thought would be skipped – be able to unlock the original game’s potential? I truly believe that was the plan, and though this is a version that’s packed with all the content and changes Dynasty Warriors 9 spent years building post-launch, Empires is just a stripped down reminder that the title had a lot of its issues deep-rooted in its foundation that simply can’t be changed by adding more stuff as a distraction, and to make matters worse, the Switch version is borderline unplayable with how it runs.

An Empires version of Dynasty Warriors isn’t anything new, serving as a sort of “remixed” release of a mainline Musou entry focusing more on strategy and world building rather than your usual hack-and-slash fiesta. Well since the PlayStation 2 era we’ve seen these types of titles that put more emphasis on building your own kingdom, invading regions, countries, and areas, and conquering it all for the taking. Because Empires has also decided to stay away from the open world format of Dynasty Warriors 9 despite still being introduced to a fairly large zone when you are out in the battlefield or walking around in Stroll Mode from month to month during the campaign, it’s still just an unfortunate mess that shows that the initial core foundation was a marred concoction of ideas that were half-baked at best.

Despite a healthy offering of content this time around compared to its initial release, Dynasty Warriors 9 Empires is a disaster in more ways than one. It doesn’t just come down to being one of the ugliest and poorly run games on Switch, but overall Dynasty Warriors 9 and subsequently Empires feels way too disjointed and all over the place to be enjoyed. Is the experience streamlined? Sure, but with so many characters and kingdoms in place and the ability to choose your own character which tend to have their own viewpoints on matters happening within the game, there are just a lot of things that narratively speaking don’t add up, and you can immediately access whichever timeline and part of history you’d like than build up to it if there’s a specific moment in time you want to jump into. 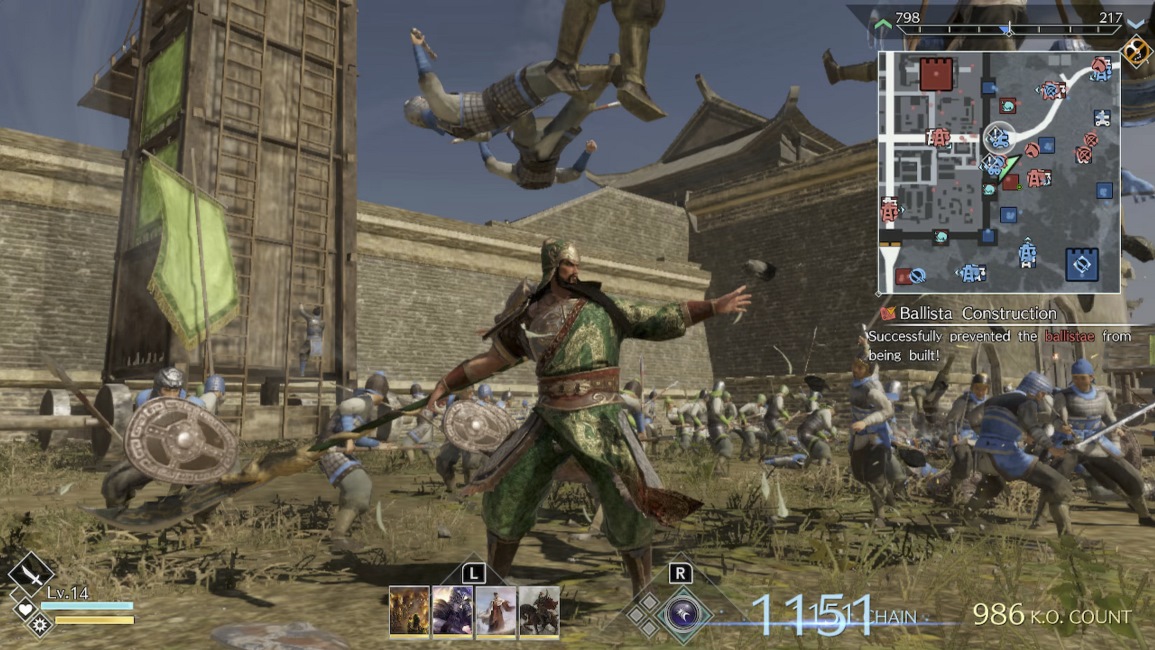 Regardless of the region you find yourself in whether in or out of the battlefield, as it once was during its initial release, draw distance and pop-in is a massive issue, with lots of poor texture filtering and aliasing that plague the overall world on Switch. When things get dark thanks to its dynamic weather system, it becomes rather difficult to see, though lit torches and small fires give a nice soft lighting to a scene when its contrasted against the pitch black night sky. However, elements like flares, bloom, and any proper shading are missing entirely. So many areas both inside and out of the land, fortresses, and buildings have some of the worst texture filtering I’ve seen in ages.

As usual with the Musou experience, however, combat will always be where the series shines the most. These have remained more or less identical across the board whether we’re talking about the base game of a new entry, Empires, or an Xtreme Legends version of a Warriors title, and typically give players camps to take over and plenty to slaughter with main and side missions in between to give more meaning to the battlefield. Empires as a whole and Dynasty Warriors 9 Empires in particular does things slightly differently, though, putting more of a focus on siege and tower defense elements that take priority out in the field. Invasion battles, finding and preventing an enemy’s secret plans, and army strength play a big part this time around, taking a step back from the usual camp takeovers and officer and commander targets and really emphasizing things like catapults, archers, and lookout bases to storm the castles with rams and siege weapons to break down castle walls and claim victory over the other rulers and kingdoms. 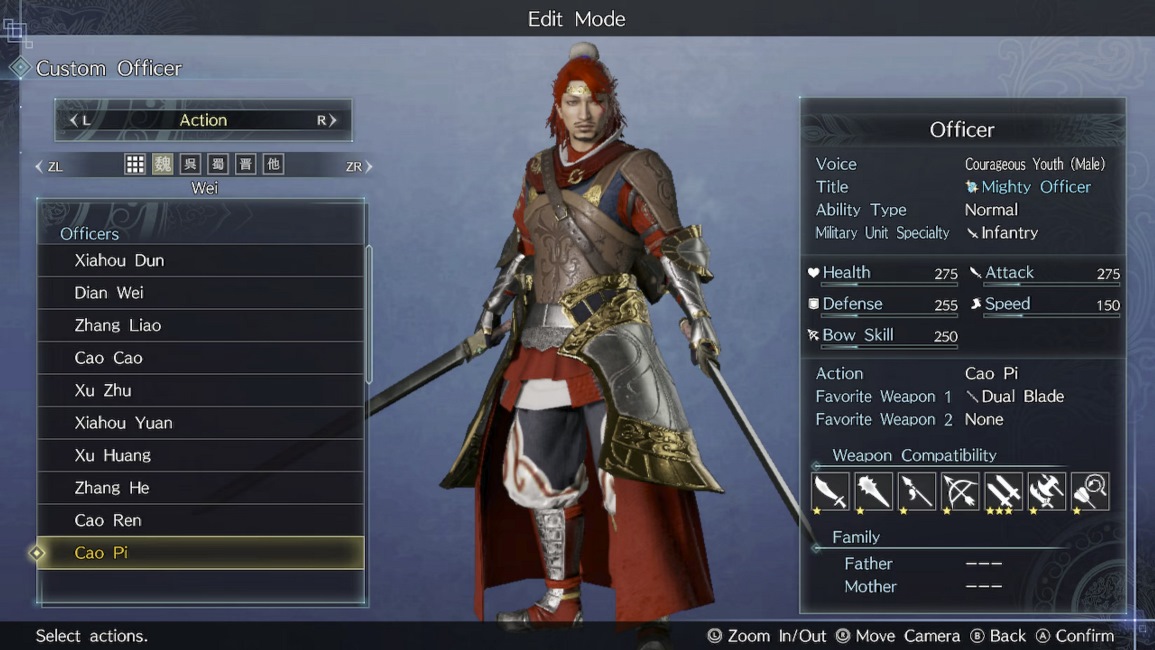 These can be heavily influenced in your favor even further if during your monthly political commands and objectives – each decision of which counts as a month – you’re spending time actually recruiting unaffiliated officers to help come with you across the land, as well as being able to assign tasks that will increase rations, revenue, companionship, alliances, and more. What you do outside of the battlefield with your cabinet of captains, officers, and more will take precedence over the course of your playthrough, further giving influence on how you conduct your invasion battles and utilize secret plans out on the field. The flow for Dynasty Warriors 9 Empires feels much more fluid than Dynasty Warriors 9 ever did, and that’s a big plus as it makes the battles much more engrossing, manageable, and just generally more fun to play. Of course, a continuing theme here, however, is that it’s just an utter shame it runs and looks as poor as it does on Switch because it’s clear the Empires version is by default better and more well-rounded than Dynasty Warriors 9. But at its core it’s just too damaged, especially on Nintendo’s console.

The political nature of Dynasty Warriors 9 Empires may be engaging to some, but those looking for a more traditional Musou experience likely won’t like what Empires has to offer and how it balances out its tactile stat raising and distribution to its horde battles the series is known for. Even with tutorial boxes that pop up what feels almost non-stop to give yet another explanation on yet another new mechanic hours into the game, there’s a lot of information and resource management to the point where it can almost feel like a simulator of sorts which I think can deter a lot of people. There’s nothing inherently wrong with simulator or management games in general, but the reception a lot of the time can be hit or miss due to the complexity and lack of accessibility some games tend to put a player in, which in ways can even feel condescending when you’re just expected to know how to utilize the mechanics and functions from the get-go.

Distributing resources and delegating tasks from your monthly political commands across Domestic Affairs, Human Affairs, Military Affairs, and more can be fun particularly if you’re into micromanaging, and titles that use these elements to complement a larger part of the game we’ve seen in more recent titles like Fire Emblem: Three Houses, Drake Hollow, Youtuber’s Life 2, Surviving Mars, and Slime Rancher where detailed allotment and distribution of resources on your down time affects the main portion of a game have proven to be hits and have addictive elements due to these complementary cross-genre ideas. Unfortunately in the case of Dynasty Warriors 9 Empires, while these things can prove to be fruitful, more often than not they bring a level of stress as they tend to make time feel like they move way too fast in the game with one small decision leading to an entire month passing by, so you’ll have to find a way to balance so many categories one at a time, each of which will further raise or lessen your character’s personality level, which can be seen as evil, commanding, or heroic depending on the actions you take. 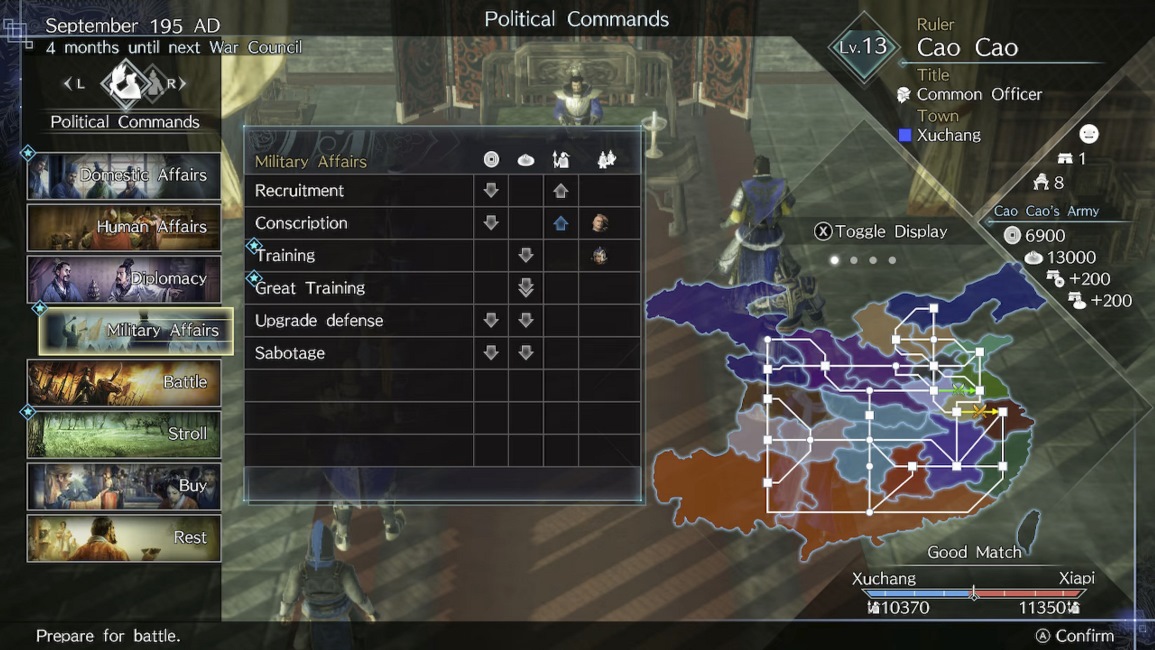 Dynasty Warriors 9 Empires isn’t just about raising the kill count to the highest possible number for each fight you’re in, which is also somewhat nice given that it gives the game a bit more depth than your traditional experience. It’s biggest issue, however, stems from the fact that pacing is all over the place, and even if you’re going on strolls to recruit soldiers from all over, even that can be done a limited amount of times over a set period. Sometimes it just feels like there’s too much going on with no real direction on why we’re even doing this to begin with other than to command and lead for the sake of a warrior’s ego boost.

Dynasty Warriors 9 Empires does its best to try and streamline the experience of Dynasty Warriors 9 by also providing a condensed yet filling package with all content included including new and refreshing scenarios to give it its own flair, but I can’t stress enough just how bad the initial release was that even Empires can’t do much to save and polish what was always a lost cause to begin with. Add that to the fact that the Switch version is one of the most embarrassing and technically-offensive builds of a game I’ve seen, and it’s just something that is better off stood far away from no matter how big of a Dynasty Warriors fan one is. Thankfully, Samurai Warriors 5 is plenty fun, and if you’re feeling something a bit more out there, One Piece: Pirate Warriors 4 isn’t too bad of a Musou choice either – just go ahead and skip this one unless you have another piece of hardware to play on that can actually handle the software in a less embarrassing manner.

It’s a shame that even after years of being able to go back to the drawing board to a game that had massive potential, not only is this game a reminder of the unfortunate circumstances Dynasty Warriors 9 initially found itself in, but the Empires version ends up being significantly worse despite feeling like a proper and full package. Dynasty Warriors 9 in 2018 had some rather horrendous performance and technical issues even on the most powerful consoles at the time, so getting the game, even as an stripped down Empires version, to run on the Switch would have been, and in fact is, a fever dream. The Empires version of Dynasty Warriors 9 certainly streamlines the series by trimming the fat and focusing on more strategic gameplay compared to the standard Musou experience, but with how poor the visuals and performance are for the Switch version, it’s a wonder why Koei Tecmo spent the time, effort, and resources on a product that should have without question been skipped. What makes Dynasty Warriors 9 Empires even more sad is after the enjoyable showing of Samurai Warriors 5 that felt comparable and steady across the board, we’re back to yet another Switch port that was way too ambitious for its own good.

Dynasty Warriors 9 Empires copy provided by the publisher for the purposes of this review.