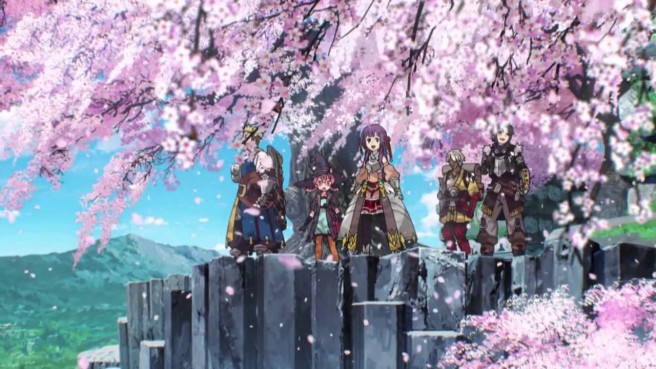 Etrian Odyssey 2 Untold is an epic dungeon-crawling experience in which you and a fixed group of party members embark on a journey. The objective is to complete a century-old ritual by a princess you randomly run into inside the forest close to the town your newly formed guild stumbles upon, High Lagaard. It is here you familiarize yourself with the townsfolk and collect quests to help you on your way to completing this ritual with the Princess. However, while deep in the dungeons heading towards the location where the ritual will take place, you come across a large monster in which you are forced to fight. It is here you stumble into other adventurers from faraway places and transform suddenly into an inhuman monster— wielding the power of a legendary sentient being once known as the Fafnir Knight. From this point forward you aim to figure out exactly why, and how, you were bestowed this power. You must uncover this mystery all while trying to complete this ritual with new friends and allies. Just as you have your own special skills and abilities—so do your allies, each with their own individual strengths and weaknesses. You are the hero of this tale, with your guild and a princess; you embark on a quest to uncover the truth behind the origins of the powerful Fafnir Knight. 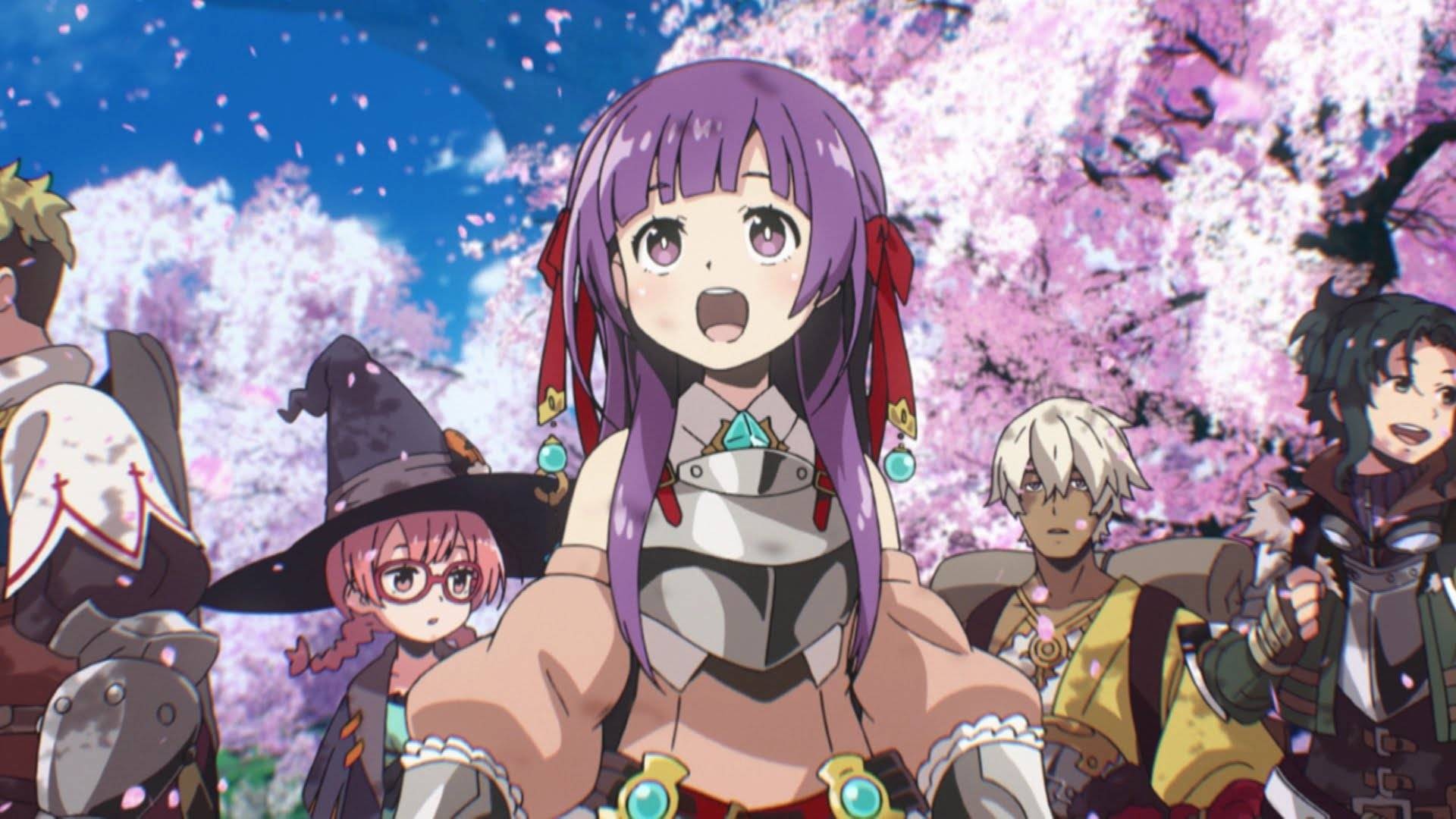 Upon starting Etrian Odyssey 2 Untold: The Fafnir Knight, right away you are greeted with a beautiful AMV opening that spans close to three minutes. It showcases the stunning art the game has to offer, as well as giving insight into some of the beautiful, meticulously crafted compositions you have awaiting you as you play through the game. You can choose between the old school sound of Etrian Odyssey, or the more modern, updated compositions – the latter of which is highly recommended. It makes for unique experience while making your way through dungeons or while hanging out in your hub area, even while in the mist of battle. Along with the option to change your style of music, you can also choose to play the game in either Story or Classic mode. These options are virtually identical—the difference being in Classic mode you are allowed to choose and raise your own party as you see fit. This presents a slightly more difficult style of play. Story mode provides you with a fixed party and class for each, allowing you to enjoy the story of the game without having to worry about your party. There are a few more dungeons and bosses that appear during Story mode to help exude the narrative. You are given eight save-files, whichs gives you the ability to play through many different times. If there’s a party set up that you enjoy but want to try out a new idea, just save it to a different file. This allows for many different playstyles and outcomes! 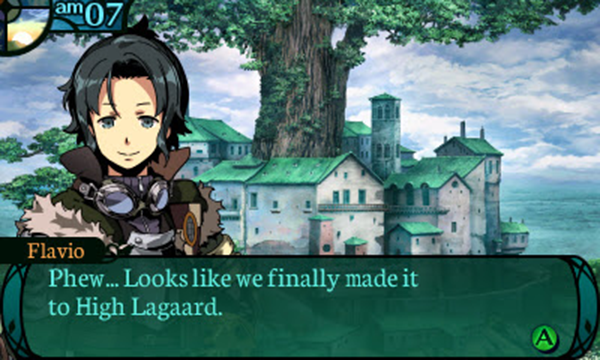 There are a few difficulty options to choose from that give you the option to pick and choose your preference and pace. Picnic mode allows you to enjoy the story straight-forwardly; enemies are easier, give more experience, and drop more items. Normal mode has you play the game as originally intended by the developers. Finally, expert mode is for those who enjoy a challenge. You can change difficulty modes at any time during the game, a convenient idea for those having trouble or simply aren’t being challenged enough while playing.

Besides your standard mainline story and dungeons, you can also receive side-quests. These help boost experience dramatically as well as give you useful rewards that vary from weapons to potions to armor. There is also a mini-game where you can help build and expand High Lagaard. To help further boost the economy, you are bestowed a Café from the Grand Duchy and his daughter Regina, even if she does technically still own and run it. This mini-game is akin to Bravely Default’s where you help to rebuild Norende, the small difference being that you make and sell dishes to townsfolk while spending funds to help the city instead. After deciding a name for your Café, it is here where you store your excess items from your inventory to free up space. This is an important feature as managing your inventory is extremely useful. It is recommended to organize and deposit after nearly every dungeon venture due to the amount of goods you can come across. There is mining, chopping, picking, and enemy drops to think of and the huge amount of materials you can obtain. With everything stacking up it’s a wonder your character can even walk after a while. If you’d rather not hang onto every item you do have the option to sell anything and everything to Sitoth Trading— a place you’ll want to frequent often to obtain new weapons, armor, accessories, and much more. Selling a majority of what you find while on your journey is always good as they’ll be used to unlock new weapons along with different items to have at your disposal. 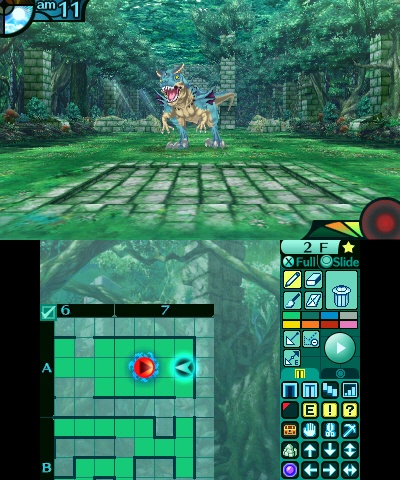 Weapons and each character’s ability to utilize them all depend on their class and talents. This can be accessed, tweaked, and enhanced via the Skill Tree, each unique to the individual. No two trees are the same. Some exceptions include an occasional passive ability. An example would be raising your overall health or the ability to uncover rarer materials from gathering spots. Each time a level is gained for a particular character, they will be given a skill point which can then be spent on any talent the player desires on the Skill Tree. The idea of leveling up is left nearly all to the player. The game, even in Picnic mode, does not hold your hand when it comes to leveling up. It takes many fights to get enough experience to get to the next level, even while farming the larger enemies that can be seen directly on the map. Farming can become tedious as early as level 10, which, depending on your playstyle, could come at only two hours into the game. An enemy encounter rate slider for something as laborious, arduous and gigantic as Etrian Odyssey 2 Untold is would have been a wonderfully and highly appreciated idea.

One reason Etrian Odyssey 2 Untold may take a bit of time for players to complete—  and potentially be a tedious adventure for some— is not due to its unorthodox nature or difficulty, but because you must create your own maps while you explore the dungeons and areas you come across throughout the game. With the touchscreen, you’ll outline the maps and place markers as you progress deeper into dungeons. This can be viewed as rewarding but can also be considered time consuming. This could be useful, as it allows you to remember the locations of treasures, gathering points, inaccessible doors or walls, among many other things. It can become tiring after a while as you realize you’ve spent more time drawing the map then actually playing the game. The touchscreen is mostly utilized in this fashion, and is seldom used for anything else besides display of an occasional stat or two. 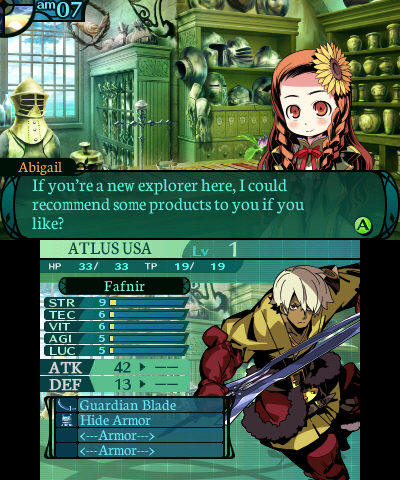 To enhance and expand the gameplay even further, the StreetPass feature allows you to send guild cards in the same manner as Monster Hunter to show off stats to a passerby. This is also how you would receive the occasional grimoire of your choice. You can store up to 40 guild cards, all of which you can either store or delete at your own leisure. This initial storage allows the ability to view cards in a much more relaxed manner than having to worry about it before the card is wiped from memory. You can view cards and save some for later if there is a particular guild you would like to exchange grimoires with at a later time without the need to reinitiate the StreetPass. 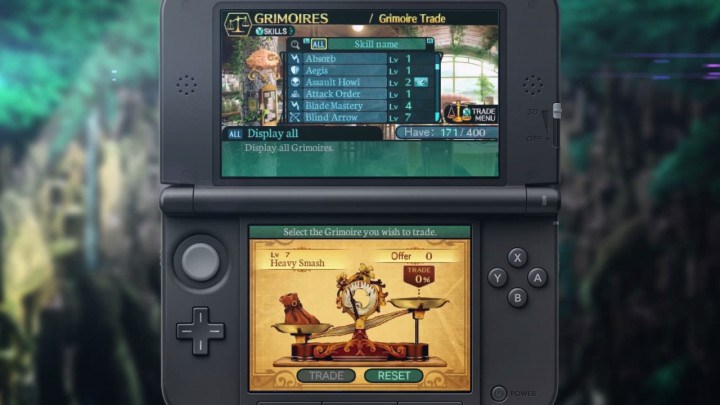 Grimoires are stones that serve as buffs that can be applied to characters. These stones vary from class to class. Near the beginning of the game you are given a stone right away to get you familiar with what they are and how they work. Later down the line you can easily unlock more by simply battling monsters. The rate at which you unlock them is entirely at random, however you’ll know it once you do when the text “Grimoire Chance!” pops up on the screen at the beginning of battle. They’re not permanent and can be applied and removed as you please. Extra skills that a class normally wouldn’t obtain and amplification of strengths are just some examples of what these grimoires can do. Grimoires can act as both passive—an automatic and ongoing buff, and active—manually triggered buffs. Each character can hold up to a maximum of four, allowing for a wide array of strategic versatility— adding to the depth of gameplay just a little more. 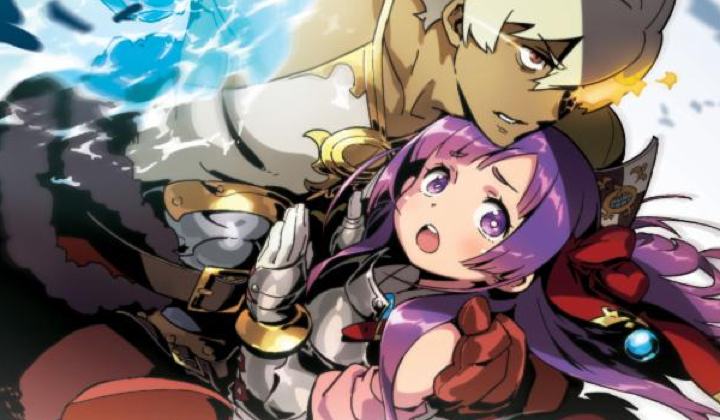 Unfortunately, for all that Etrian Odyssey 2 Untold does right — from the music, to the art, to the intricate ruins, extensive level design, and more— it has a few flaws at its core. For a game that’s extremely text heavy, it fails to deliver a story and dialogue engaging enough that makes it all worthwhile. There is a chance you may find yourself wanting to press A until you’re back in control of your character and able to move on. The story has the feel of a “damsel in distress” with enough “who am I” questions to make you involuntarily roll your eyes at the cliché.  The gameplay isn’t anything mind-blowing, but it is fun enough to want to go back and play more. It does relieve the itch for those who love to uncover every inch of a dungeon and its mysteries. Things are hidden everywhere, and you have many tools at your disposal to jot down on your map to remind yourself should you want to come back at a later time. The vocal work in Etrian Odyssey 2 Untold is a bit odd in its implementation, saving the voice work that is performed verbatim as it is on screen for the special cut scenes—few though there might be—versus the intermittent grunts and occasional phrases that better set the tone for the particular dialogue being said by a character you’re currently conversing with. These can get extremely annoying in due time, and may find yourself turning off the Vocal FX to avoid the repetitive nature and just enjoy reading the adventure. The idea behind this could possibly be to help better exude emotion and make the characters feel more alive, but only became more of a nuisance than entertaining.

When it comes down to it, Etrian Odyssey 2 Untold is an artistically beautiful adventure that will keep JRPG fans busy for quite a while. However, this does not mean it is recommended for all JRPG enthusiasts. The game is designed for passionate fans who enjoy a challenge and enjoy quest heavy adventures. Vocal work is a bit lacking and the inability to change over to a Japanese dub could leave you a bit disappointed. The enemies and bosses you’ll face throughout the game could have been a bit more memorable and lack the spark of design, making for a predictable enemy line up even as you near the end of the game. This can be a bit frustrating as you’ll spend a lot of time locked in battle. Fans of Atlus are sure to enjoy this as well, as this is another quality title. However the adventure is certainly a slow one, and though fun, not entirely rewarding by the end. Some may enjoy a 25 hour game full of post-game adventure and a cast of artistic monsters over a drawn out 50 hour game full of battles and grinding. But that doesn’t mean this game can’t quench some players’ thirst. Etrian Odyssey 2 Untold may leave much to be desired and improved upon, but that doesn’t mean there isn’t a lot to learn and enjoy in it.