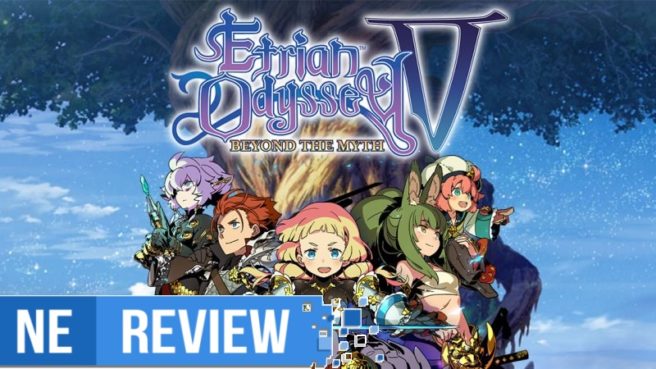 Etrian Odyssey V: Beyond the Myth makes its numbered return since Legends of the Titan released back in 2013 for North American 3DS owners and brings with it a fresh new outlook while retaining the series’ staple of creating your own characters and telling yet another story of Yggdrasil, for better or for worse. While I’m a firm believer that Etrian Odyssey is one of the best dungeon RPGs around, if not the one currently leading the pack, Etrian Odyssey V also reminds me that while the classic mode is perfectly fine, the lack of any significant story makes for an overall grindy and unrewarding experience that doesn’t have exciting enough gameplay to make up for it.

The unfortunate thing about dungeon RPGs is that a lot of them can become stale rather quickly thanks to their grindy nature and what feels like recycled assets used throughout the floors you’ll go through, with animations that are simplistic and uninspired. Etrian Odyssey tends to do well to stand out from the bunch, however, thanks to its unique art style, fantastic music, and ability to give you just enough information to keep you curious about what happens to be in certain locations or where you could potentially find yourself later in the game in future floors and stratums to keep the player sticking around. 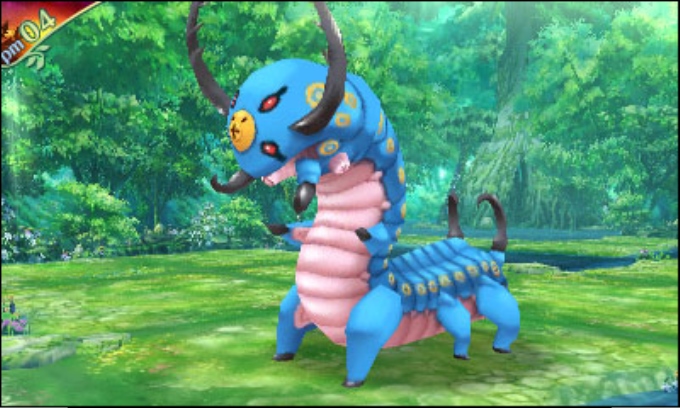 Etrian Odyssey V does well to keep the series staple in tact, but does little to innovate or bring something new to the table. The environments feel similar, the UI is identical to previous entries as well as the Untold remakes, and with characters that are all created from scratch with no dialogue or lore pertaining to them other than another set of adventurers that are interested in Yggdrasil, it’s hard to feel truly invested in the game or even remotely care about anything that’s going on. You basically blindly make characters from a set of classes, modify their look a bit, give them a name and you’re just dropped right into dungeons. The hub world is the same as all the other titles where it’s a set of menus you’ll navigate, typically to sell stuff you’ve found from the floors you’ve gone through to get money to buy armor and items and what not, save at the café, go back into the dungeons and rinse and repeat.

Despite me actually enjoying somewhat what I was playing because I had enjoyed the Untold games so much – where there was an actual plot with likeable characters and an end goal versus an infatuation with a tree – I constantly found myself asking what the point of any of this even was. After every set of steps there are enemies, you’ll draw out your own map as usual, and enemy encounters feel prolonged for no reason. Even with the freedom to choose your own classes, it’s obvious fairly quickly that you’ll just need the basic RPG stuff to make it through, or else you’ll have a tough time. So the standard DPS, Tank, and Healer combo will basically get the job done, versus a bunch of versatile characters or archers over mages and what not. 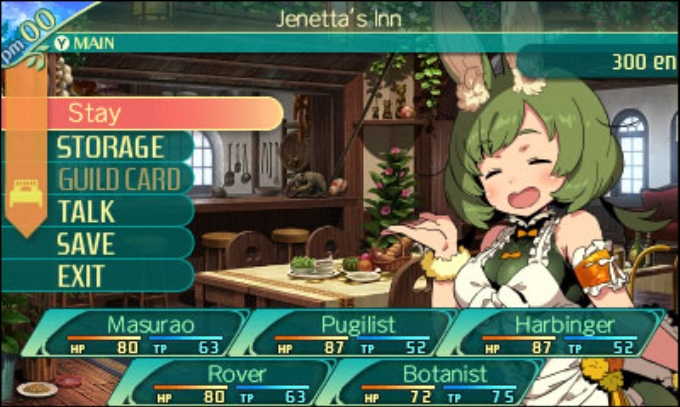 There is the saying “don’t fix what’s not broken”, which I somewhat agree with, but Etrian Odyssey’s latest entry does prove that while you may not need to fix what’s not broken, it’s still probably a good idea to at least introduce new ideas and mechanics to help innovate and propel the series further, making each new installment an exciting new venture to develop for and play as a consumer. Otherwise, you become no different from annual releases where they’d prefer quantity over quality as they copy/paste what was done before but call it something different; Mr. Pib and Dr. Pepper taste exactly the same. Cars may have traditionally always had four wheels, but the internal components have evolved to give drivers the best possible experience getting from point A to B and beyond, while adding tons of quality of life features and technological advancements. It’s hard to really go in depth into what Etrian Odyssey V: Beyond the Myth offers without sounding like a broken record given there’s not much new here that hasn’t been already done in previous entries. It’s unfortunately gotten to the point where “if you’ve played one, you’ve played them all”, as that’s how it feels with this game.

Etrian Odyssey as a series is over a decade old at this point and has seen a decent amount of success on DS and 3DS, and rightfully so. Having said that, Etrian Odyssey V: Beyond the Myth is mainly designed for the longtime fans in mind. Newcomers can jump in and see what it’s all about, but I’d advise checking out the demo before buying the full game outright. Dungeon RPGs aren’t for everyone since – now with so many games giving players the freedom to explore a 3D space – it’s a gridlocked, first-person grind-fest that restricts you to a certain pattern and space, and you rarely, if ever, see the characters you’ve created outside of your menus.

Etrian Odyssey V doesn’t do much to advance the series further, and instead feels like a rehashed but slightly cleaned up version of its predecessors. However, the charm and flair the series has held since its inception is still here and is great for the fans of the series to continue on, though not a great starting point for those looking to jump in for the first time. The mechanics are easy to get the hang of and majority of the gameplay style can be attuned to your liking, but it’s just the same way it’s always been. Also, without a real story this time around like the Untold versions of Etrian Odyssey, its standard Classic Mode ultimately feels like you’re just traveling through dungeons with no real end goal other than “get to the next level”. It’s difficult to feel invested in the characters you’ve created or the world around you when it’s pretty much just there as a set piece for sightseeing and occasional battles instead of having environmental storytelling and dialogue to give those in your party and hubs a little more substance.

Etrian Odyssey V review copy provided by Atlus for the purposes of this review.