Posted on September 6, 2020 by Dennis(@LyonHart_) in Reviews, Switch 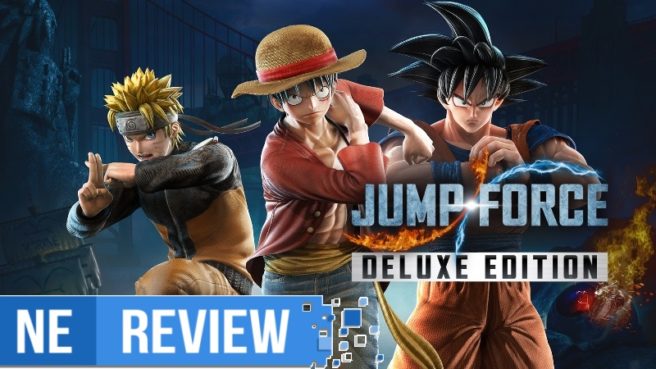 I, as well as many others, grew up with anime, and it was always a core part of my upbringing. Cartoons like Dexter’s Laboratory, Samurai Jack, and Powerpuff Girls were cool, but it was always the high-octane action and drama of the likes of Dragon Ball, Black Lagoon, Blue Gender, and others that we had access to via Toonami (and of course manga through book stores and libraries) that remained memorable and a part of who most of us are to this day. Because of this, when J-Stars released back in 2014, you can imagine my excitement seeing the ultimate crossover with the likes of characters from Rurouni Kenshin, Fist of the North Star, Gin Tama, and Saint Seiya all coming together and interacting with one another. It was the anime version of Super Smash Bros. that celebrated Shonen Jump’s 45th anniversary – and now, with Jump Force, its 50th anniversary – in an epic arena-brawler fashion that saw destructible environments alongside iconic finishing moves all in one place. Jump Force, however, much like J-Stars before it, was met with less than favorable criticism. Despite this, I rather enjoyed my time with it, and now a year and a half later on the Switch, I’m mostly enjoying my time with it again. Unfortunately though, there are some massive setbacks that come with a game like this running on mobile hardware. 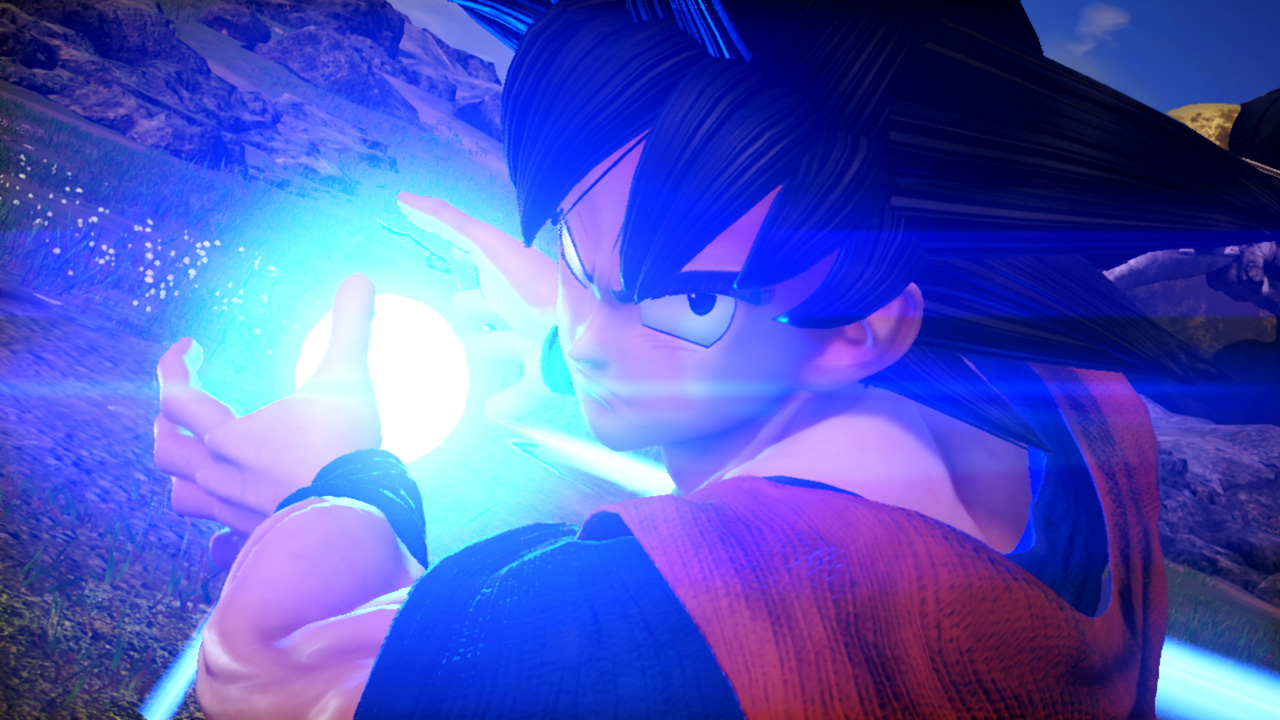 Jump Force utilizes Unreal Engine 4 and sees the usual destructible environments you expect from Shonen anime alongside all the power levels and mandated screaming to convey heightened strength, with particle effects and high speed dashes, dodges, and flashy animations and moves constantly going throughout the duration of 3v3 fights. Players select three characters to enter battle with out of the list of now nearly 60 from the Deluxe Edition of Jump Force on Switch, though only one is out at a time. Switching between them is easy as you can simply hold down ZL to bring them out in whatever order they’re in, or if tapped can use a quick support move unique to them – most of the time involving a quick attack from the side to catch the opponent off guard. As the fights continue, characters will be expected to use special moves before going into an Awakened state, which causes a temporary boost and massive “finisher” attacks that can only be executed in this state.

Players can seamlessly choose and switch their moves at any time in the hub world, allowing them to explore just about any of the character’s skill sets and assign them as necessary to desired button inputs. When beginning Jump Force, much in the same vein as some of Bandai Namco’s other titles, you’ll be creating your own character from the start and having them go through a series of events that involve a team of heroes trying to save the world from devastation – known as the Jump Force – as worlds and universes begin to overlap, causing for destruction and mayhem. With less representation in characters compared to the previous Shonen Jump celebration, things are fairly segmented, so the game works around this by setting up “camps” into teams, simply known as Team Alpha (Dragon Ball-focused), Team Beta (One Piece-focused), and Team Gamma (Naruto-focused). From here, you’ll be teaming up with them throughout the course of your story as your character grows and everyone attempts to figure out a way to end these crazy interdimensional happenings. Sadly, the story is admittedly lackluster and feels way too safe at this point. 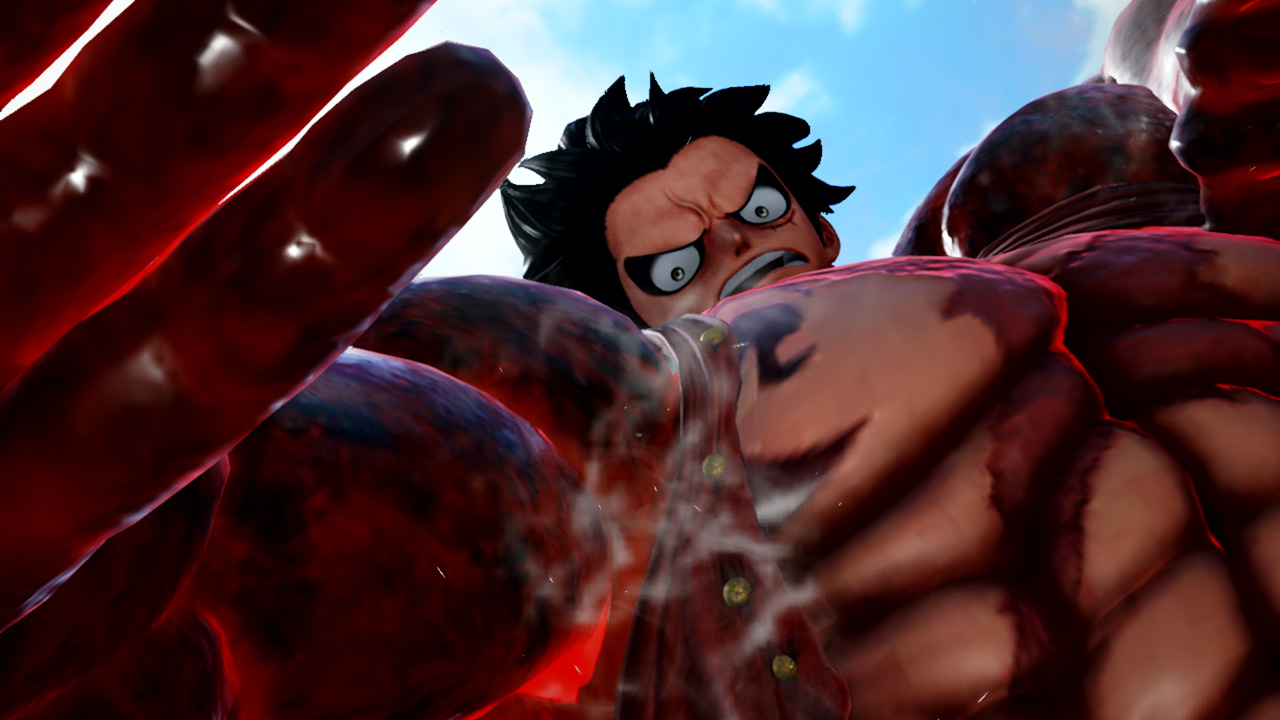 While stories in fighting games are always appreciated, the gameplay is what keeps a community alive for a game, and Jump Force has the strength of nostalgia and anime on its side to help with retention. However, the Switch version is of course a bit of a challenge when it comes to performance. In matches, you’ll mostly get 30 frames per second, and while it’s not 60, at the very least the fights feel stable and playable. It’s when you’re outside of these matches where things take a nose dive into “how is this acceptable” categories. When I had initially booted up Jump Force, with my previous experience with Dragon Ball Xenoverse 2, I kept my expectations low as not only is Jump Force a significantly more graphically demanding game, but its general layout is the same: start game, create a character, get thrown into an uninspired hub, level up your character by fighting villains, possessed heroes, and some clones from some time and space fiasco, get all your usual live-service messages, and pray that the hub doesn’t collapse from the weight of the frames dropping.

I began my experience offline because after dealing with Xenoverse 2, I had a good idea of what was going to happen if I had connected online and the hub world became overgrown with other player characters, names, and the like moving around. The hub ran fine offline and I was able to safely make my way from area to area with little issue, but after playing a few matches, now was the time to see for myself just how egregious enabling the online mode would be. Sure enough, both the frame rate and resolution dropped in handheld and docked modes, so much so I would have full on stutters and freezes taking more than a few steps. In handheld mode especially, resolution drops just about anywhere dynamically to what can feel as low as 3DS levels of resolution, though, interestingly enough, still maintained a higher benchmark than Xenoverse 2 in most cases despite its graphical prowess. Textures are flat across the board though the fuzz and blur of the low resolution tends to mitigate the ugliness of it. 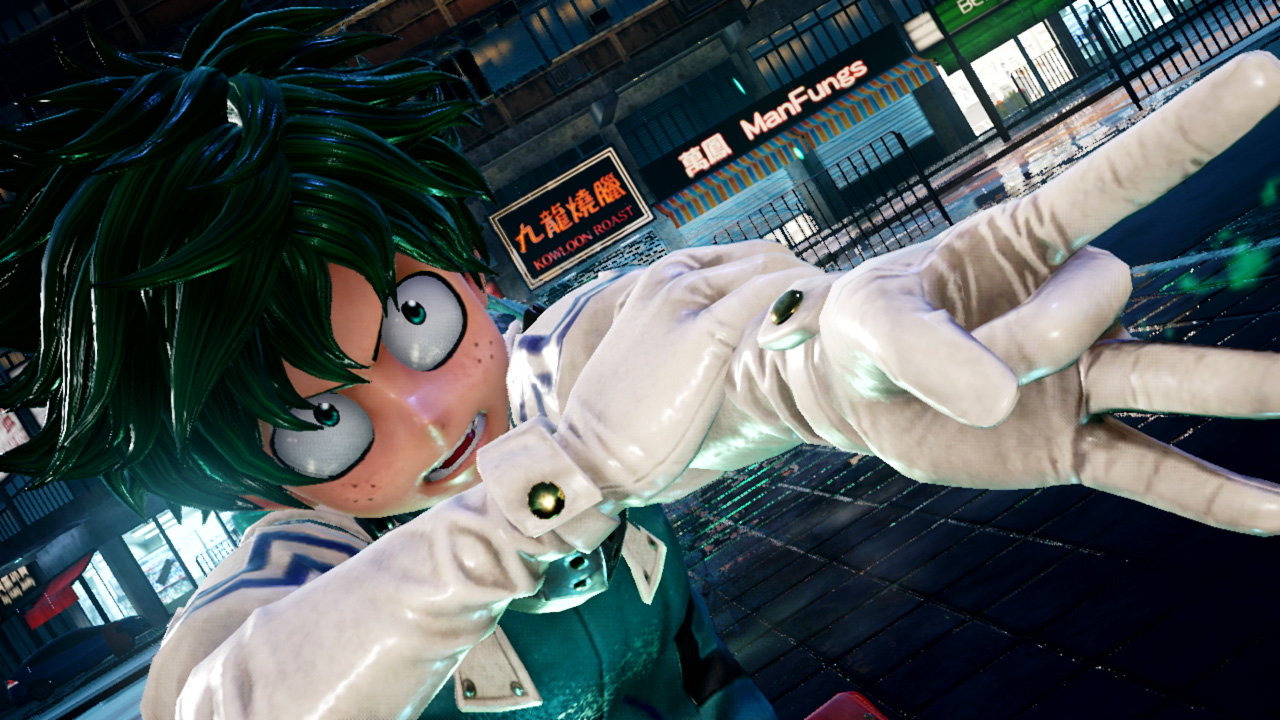 Jump Force on Switch is a fairly competent fighter, and while I don’t think I’ll spend the tons of hours I did when it initially came out, it’s good for a side-game when you want to take on a few matches to pass the time. I personally feel as though a lot of the vitriol aimed at the game just came from its conflicting art style and lack of content on release as it was mostly a cash grab to celebrate the 50th anniversary of Shonen Jump. As someone who loves arena brawlers in general though – arguably more so than the traditional 2D fighter – it never demanded much of your time as the game felt fairly accessible when it came to its combo complexity and just overall user interface. Sure, there are better fighting games out there, but if you’re an anime fan that wants to see fights from a different perspective rather than the usual side-by-side 2D format where someone’s bound to be up against one side of the wall the whole time (especially for those stages that don’t transition), Jump Force gets the job done.

I do believe that J-Stars overall was the better game, but Jump Force is an enjoyable celebration with some setbacks. Some will argue that the $50 price tag on Switch is a bit excessive, but considering at one point this was well over $100 worth of content (especially if you bought everything separately), it can be a worthy package that can see some of your favorite characters collide. The Switch version feels gimped in some ways, though things could and have been worse. Jump Force does a decent enough job running on the system while battling, even if it doesn’t hit that ideal target of 60 FPS a fighter should normally have. At the same time, it does make things feel a bit more cinematic because of it, and is a surprising improvement compared to Bandai Namco’s ports as whole.

Jump Force on Switch brings some of the greatest and most iconic characters in anime and manga over to Nintendo’s hybrid as part of an epic crossover and mostly holds its own, though performance can be an issue – particularly in the hub. The story is also your usual “cloned and angry” nonsense we’ve seen in previous titles, but the entertainment mostly comes from your created character going through these universes that are undoubtedly fan service. Jump Force may feel a little too simplistic to more fighting game connoisseurs, but there’s an appreciation to the simplicity of it that makes it accessible to just about anyone. When you’re a big fan of anime and see so many great franchises coming together in one spot (though unfortunately not nearly to the level of J-Stars, feeling like a step back), it calls back to the inner kid inside you.