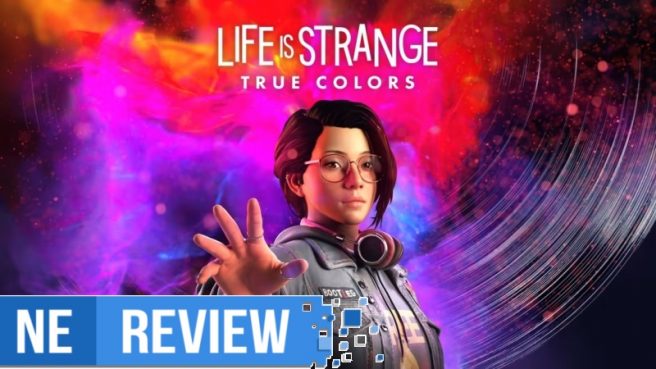 While the choose-your-own-adventure genre has evolved and continued to grow over time, its increase in popularity over the years has resulted in it becoming a dedicated place to tell some of the most emotional stories. These games offer tailored experiences thanks to the multiple routes, events, and endings that can happen from player to player. Life is Strange was a fresh take at the time from newly formed studio Dontnod Entertainment that told a slice-of-life story with slight superpower-esque flavoring. It also featured a teenage main character that immediately set itself apart from the other gritty, more fantasy-based stories within the genre, connecting with tons of players on both a personal and emotional level. With unparalleled writing and plenty of jaw-dropping moments that constantly had the internet talking about what was coming next, it quickly catapulted to the forefront of the industry. Life is Strange: True Colors now marks the latest entry of the franchise almost seven years later and does a few things differently from past entries, but this also marks the series’ debut on a Nintendo system and a relatively impressive showing at that.

Life is Strange: True Colors is a standalone story that puts players in the shoes of Alex Chen who recently travels to Haven Springs, Colorado after spending many years in foster care to start a new life with her brother Gabe. After settling in and meeting the townsfolk, her psychic abilities begin to flare up as the town holds secrets from a company called Typhon. These auras that come in a variety of different colors and emotions cause Alex to investigate what exactly is happening within the town and who’s involved in recent tragedies. 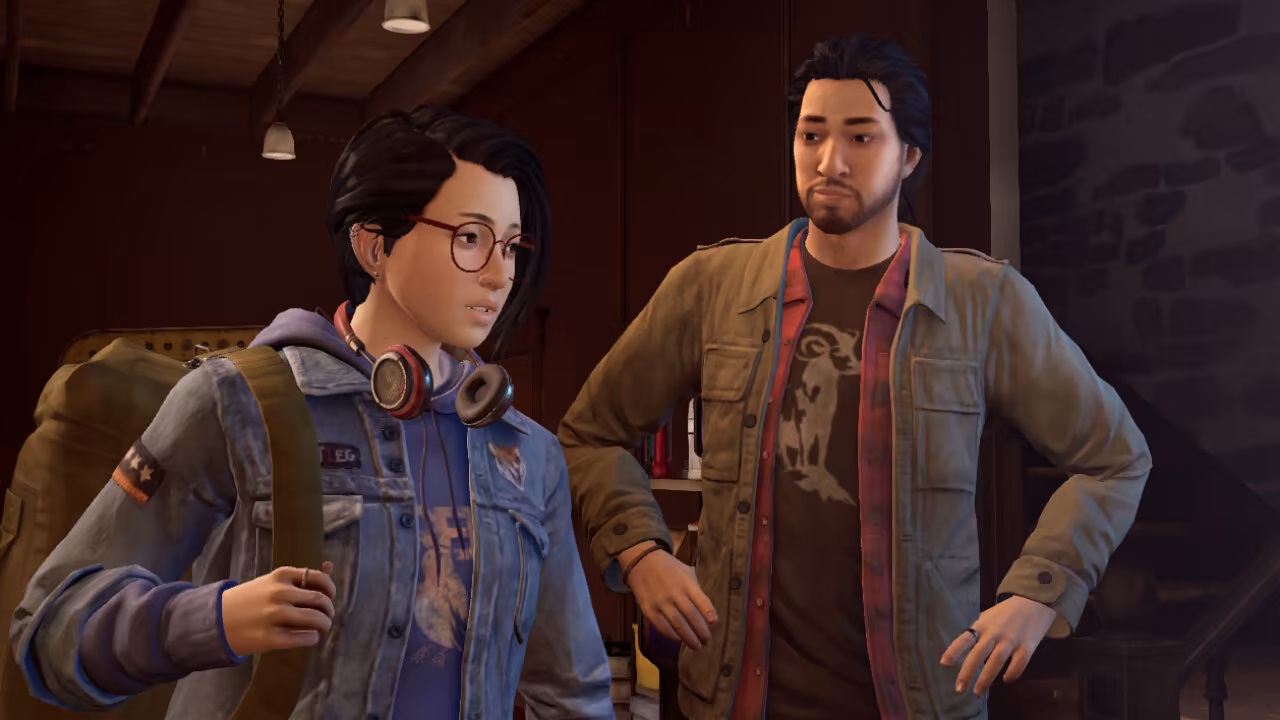 True Colors begins to unravel as you walk around town and can see what everyone is feeling by the click of a button, with varying colors giving off different states of sadness, anger, happiness, and more. A big drawback to being able to witness people’s emotions and occasionally experience memories from them is that Alex tends to become imbued with whatever emotion they’re going through, so if someone is angry that anger begins to channel into her. It sounds like an odd concept on paper that doesn’t have that same breadth as Max’s light time-travel mechanic in the first Life is Strange – especially when, sans colors, you can usually tell if someone is happy or upset in real life by facial expression and body language – but Alex’s ability really tends to become more sophisticated towards the end, and her ability to control it becomes easier. Twists and turns happen in what feels like every corner in true Life is Strange fashion, and while some are predictable and others actual jaw-dropping moments, it’s nice that for once we can experience the game in bulk rather than be forced to wait weeks or months at a time for the next episodic release. The game itself is still technically segmented as such, but from day one Life is Strange: True Colors can be experienced in its entirety.

After a roughly ten hour playthrough to roll credits with Life is Strange: True Colors during its initial launch, there’s no denying the caliber of the writing here that feels immediately more mature with themes and struggles that aren’t the teen angst or rebellious phases the games have been criticized for in the past. Character development, routes chosen, dialogue responses, and relationships that form all feel very natural as you get accustomed to your new life and friends in Haven Springs, and all of it is accompanied by decisions that heavily impact where the story goes, events that take place, and people’s perception of you. As Alex’s abilities become more sophisticated throughout the course of the game, you can see virtually anyone’s emotions and come across some interesting conversations and micro events that wouldn’t happen otherwise had I not been curious enough to see how a random NPC is feeling that’s walking down a sidewalk or talking to someone in an alley. All these interactions that happen directly and indirectly give a sense of depth to Life is Strange that goes beyond what games in the past have done, which is saying something given there’s usually a lot to look at in the series. 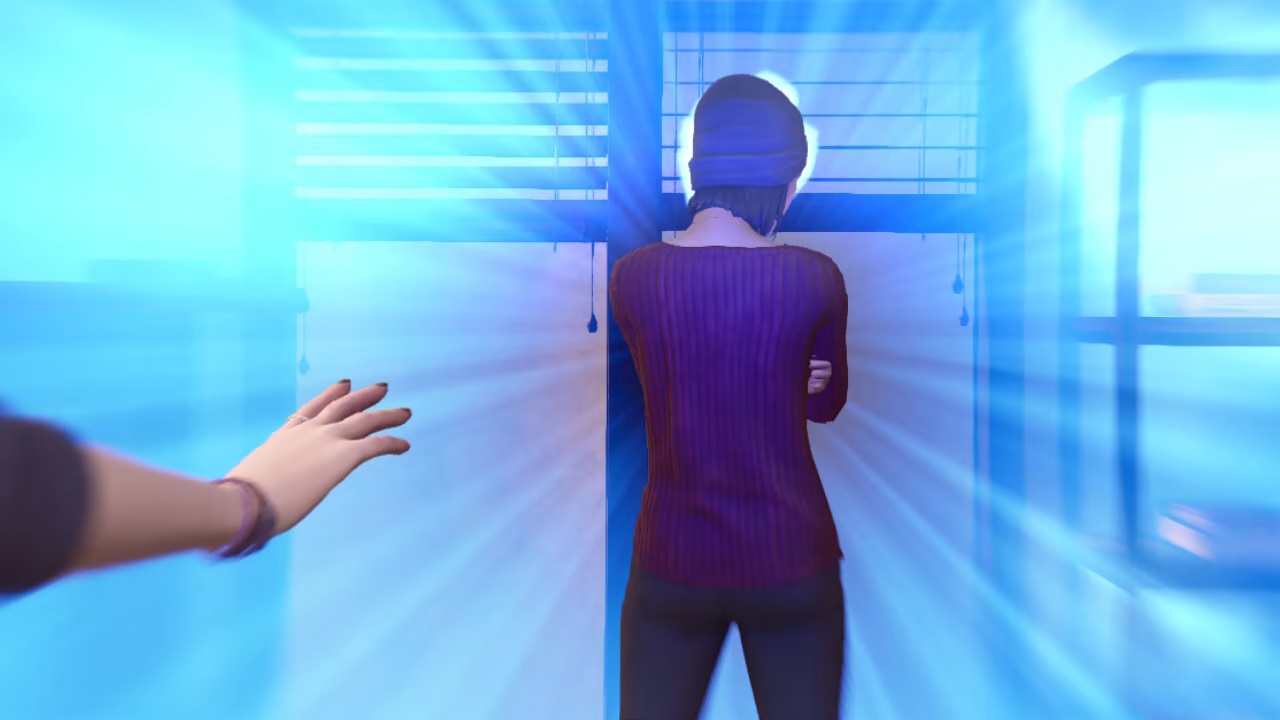 For as beautiful as the game is, I had my initial doubts that Life is Strange: True Colors would either perform or look terrible on Switch. However, it actually came as a pleasant surprise that not only is the game running natively instead of through the cloud, but it looks and performs really great. Even coming from my PC with higher specs, the drop in resolution and frame rate from 60 to 30 FPS wasn’t actually that jarring given how good they’ve made it look in both TV and handheld modes. Given the naturally slow-paced and cinematic nature of Life is Strange as well, the frame rate hasn’t hindered the experience at all, though there’s definitely more comfort for the eyes in the fluidity when it’s higher.

The Switch version of Life is Strange: True Colors though is arguably one of the best ports I’ve seen in quite some time, and even though it’s a shame it came a while after its initial September release, I’m just happy that those that didn’t get to experience it the first time now have the chance to do so. Its biggest misfortune is that multiple SKUs still exist for the game rather than simply one of the base game and its Wavelengths DLC included, so players on Nintendo’s console are left again to pay full MSRP for a relatively older title that has since received multiple discounts on other platforms. Any sacrifices made to get it running on the Switch, however, have been cleverly done or out of the player’s line of sight – for example textures on rocks by the bridge leading into Haven Springs are rather flat and muddy looking, but just a few downgraded decorative assets here and there really don’t take much away from the overall look. The Switch version maintains a proper emotional investment within its story from beginning to end that doesn’t involve the depression of a vastly inferior product other ports typically would. 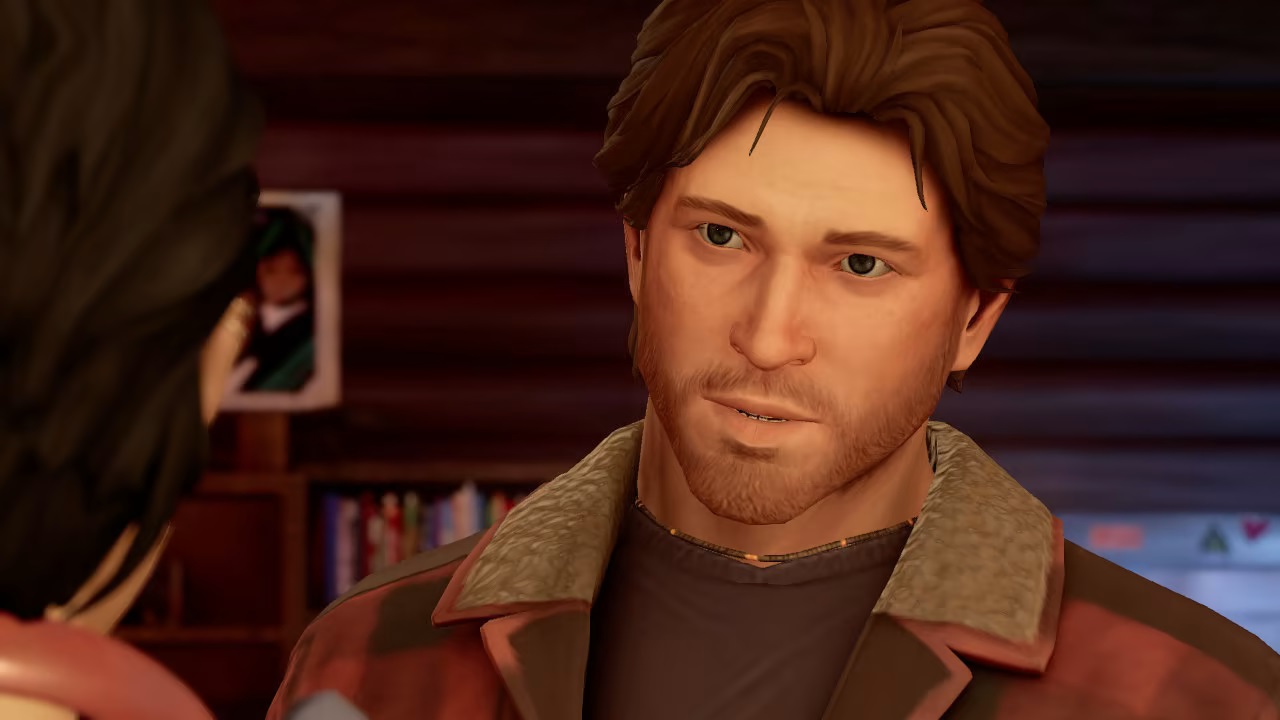 Life is Strange: True Colors is a narrative powerhouse that runs and looks great on Switch, and fans of choose-your-own-adventure games that want to take on something less demanding in the realm of State of Mind or any Telltale offerings should look no further as the series continues its quality and unmatched storytelling. Between the exceptional voice acting and motion capture, Life is Strange: True Colors is without a doubt the liveliest game to date, and Deck Nine has also done a tremendous job at capturing a wholesome atmosphere alongside a vibrant Haven Springs for players to roam around in. Even though Haven Springs itself is rather small, each place within it and the one-time access locations you’ll visit for story purposes all have their own identity and leave a mark on the story in some fashion. Life is Strange: True Colors does well to make every episode and moment feel memorable with constant moments of shock, excitement, and mystery that keeps you captivated throughout, and in a lot of ways, sans powers, Alex Chen I think can be relatable to almost everyone, which is another strength of the franchise: having those characters and diverse cast represent each and every one of us to some degree.

Life is Strange: True Colors feels like a mature take for the series in more ways than one and shows through what is arguably its highest production quality yet. Deck Nine – who is relatively new to the IP – has taken what Dontnod has wonderfully created and given it a beautiful facelift that looks and plays eloquently on Switch. With how beautiful the game is at its absolute highest settings, I was a little worried its conversion to Nintendo’s console would be in jeopardy especially after getting a delay announcement exclusive from other platforms, but even after my second playthrough on the console, Life is Strange: True Colors retains all of its integrity with any of its sacrifices made cleverly done without ruining the experience whatsoever. Life is Strange: True Colors is arguably one of the best ports I’ve seen on Switch, and as a standalone title it also serves as a fantastic gateway to those that have never gotten into the series prior to finally see for themselves what has made Life is Strange so special over the course of so many years.

Life is Strange: True Colors copy provided by the publisher for the purposes of this review.