Posted on February 5, 2022 by Elias in Reviews, Switch 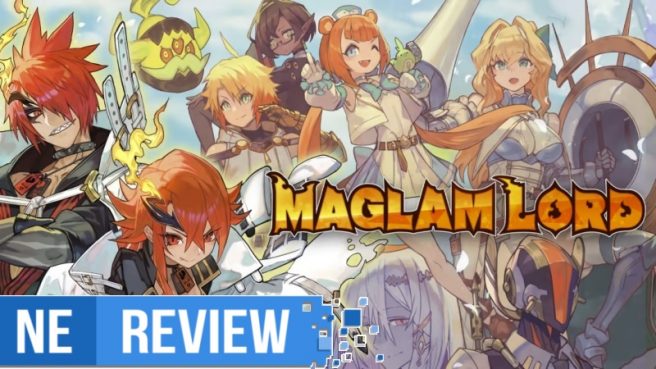 As a Demon Lord, Killizerk is a bit unique in that they can equip legendary Maglam weapons, a skill that is seemingly unique to human heroes. After being hunted down as a threat to all existence for this ability, Killizerk awakens in a peaceful future after being resurrected by loyal retainers. Gone are the gods and demon lords of old, and Killizerk is promptly labeled an endangered species that must be preserved at all cost. No longer can they hunt humans for magical energy or cause chaos for fun – this world now focuses on peace for all, and that means keeping icky monsters out of towns and working towards harmony for the humans, heroes of yore, and our surviving demon lord.

While we may not be the only endangered humanoid being, it does seem a bit daunting to be forced to work with your own bane: heroes! These are the folks that have the ability to partner up with our demon lord to help them survive. Since the demon lord can forge and act as a Maglam weapon, any creature slain by it can have its magical essence absorbed. This being said, more and more creatures will need to be destroyed to satiate our demon lord, but relying on the heroes can’t be too difficult can it?

Maglam Lord moves forward in story via chapters, with each one containing various story quests and unlocking side quests as you progress forward. The story is delivered in a visual novel style where the player can choose responses based on Cool, Funny, or Demonic dialogue choices that each impact conversation and relationships with party members and story characters. While the side quests aren’t required to advance the story, completing them does provide various rewards such as items, money, weapon stickers, and even forging materials. Choices made will impact the affection level of the other characters, and can even earn the player unique titles for a character, which can be equipped to impact stats and abilities. 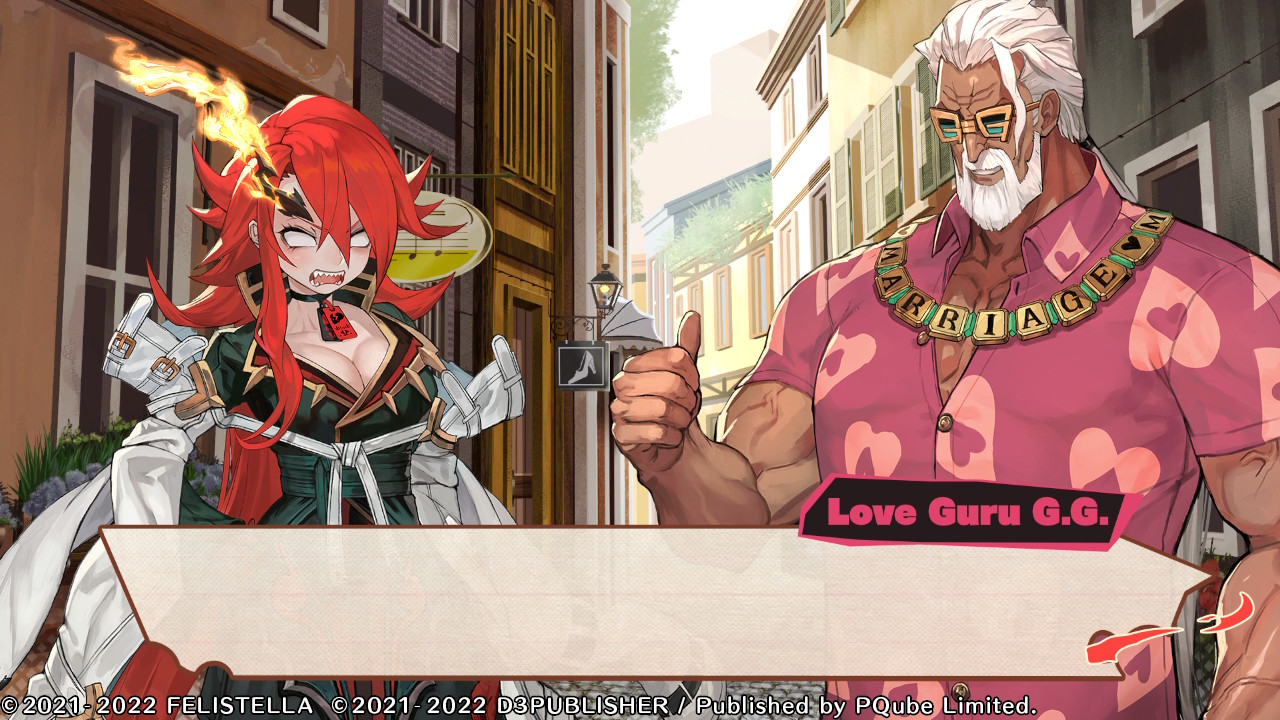 Forging Maglam weapons is an important part of progressing, as each Maglam grows in power as you create either stronger ranks of the same one or upgrade to an entirely new weapon altogether. Weapons can be axes, swords, or spears, and characters can equip one of each type while also affixing an accessory to it and decorating it with a sticker or unique skin for extra stats. When characters level up, you can increase skills for abilities like extra damage or crit chance with a weapon type, or they can opt to increase other abilities instead, or learn magic attacks and healing abilities. Customization is there, and being able to tailor Maglams and abilities for each partner character allows for unique builds that make your partners really shine in combat.

Fighting itself is done in a 2D action style affair. Most combat is handled by the chosen partner character selected in the stats menu, with Killizerk acting as the weapon in hand. I was reminded of side-scrolling beat ’em ups or simple fighting games, but the gist of combat is to find which weapon the monster you are fighting is weak to and to obliterate it by any means necessary. Combat is likely the least impressive facet of Maglam Lord. Monsters go down easily when attacking a weakness (which is shown to you in most cases via an icon on the monster) and you can make short work of bosses by using a cooldown ability where Killizerk takes over with their superior stats and can deal massive damage in a short amount of time. Without the use of the cooldown, bosses can be quite formidable, but I usually just saved my cooldown for some targeted monster smashing.

While in a fight, items can be used, as can abilities. Potions are scarce early on, so investing in healing skills becomes particularly useful. In each quest, a safe area can be entered, which heals your partner and allows for changing equipment, leveling up skills, and pretty much doing anything else that can be done in the main menu, including saving for a break. Being able to go in and out of the safe area for healing makes grinding for experience to level up a breeze if you’re okay with the combat. I’d recommend not going over the level suggestions for quests on purpose, as additional levels make upcoming fights even more easy. If you like a challenge, stay under the level suggestion. 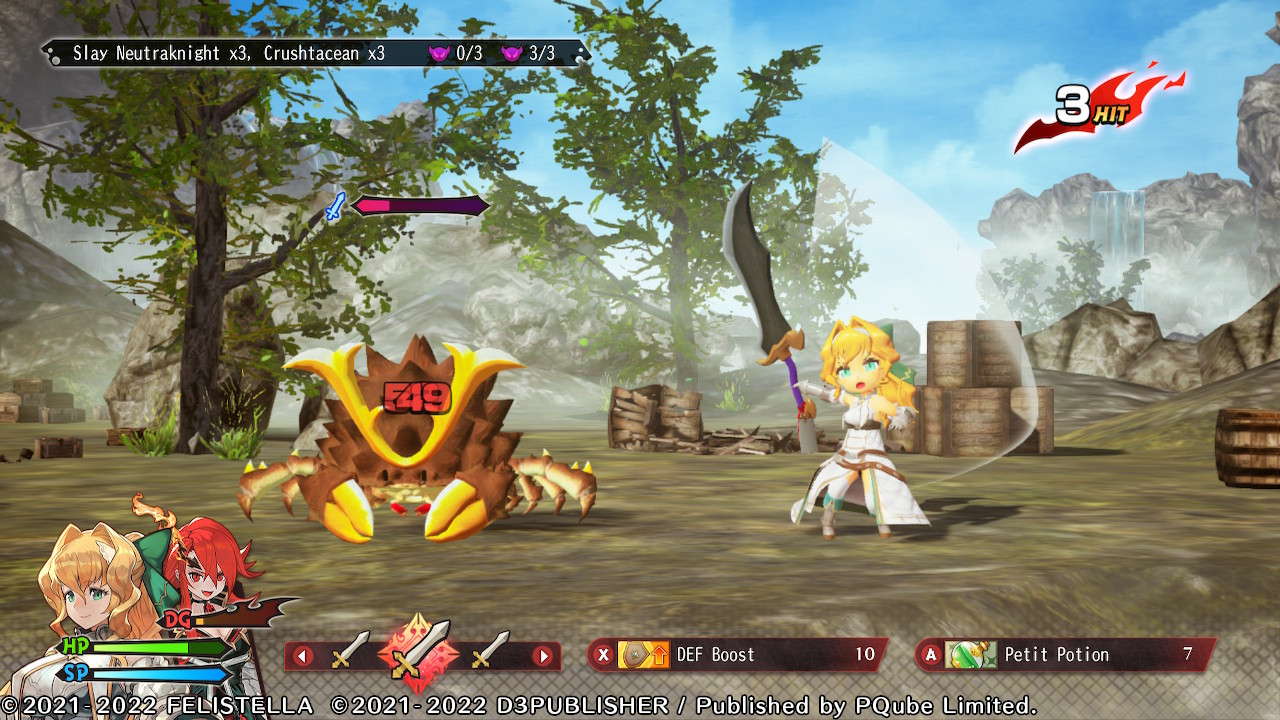 Completing quests with a partner does cause their affection level to raise, and after a brief introduction from the Love Dojo, you’ll be able to start to seek romantic relationships with various characters in game, including partnered heroes. As the demon lord themselves doesn’t seem to hold a particular preference when it comes to dating, it is possible to romance any love interest that suits your fancy. Maybe if the demon lord were to have an heir, it could help with that pesky “critically endangered” status, too!

Maglam Lord has beautiful art assets that look great in both handheld and docked modes for all story content. The gallery, which you can collect art and music for while you play, can be viewed from the menu at any time. The anime art direction is expanded upon with full color character drawings, sketch ideas, and more. The gallery will constantly be added to in a playthrough. While this art is fantastic, the questing maps and the 3D models used in those maps look like something from the early 2000s of gaming. Although they don’t really detract from what aims to be a storybook experience, the muted colors and poor textures don’t lend well to what is otherwise a very colorful and vibrant story, but the meat of the gameplay is here for better or worse. 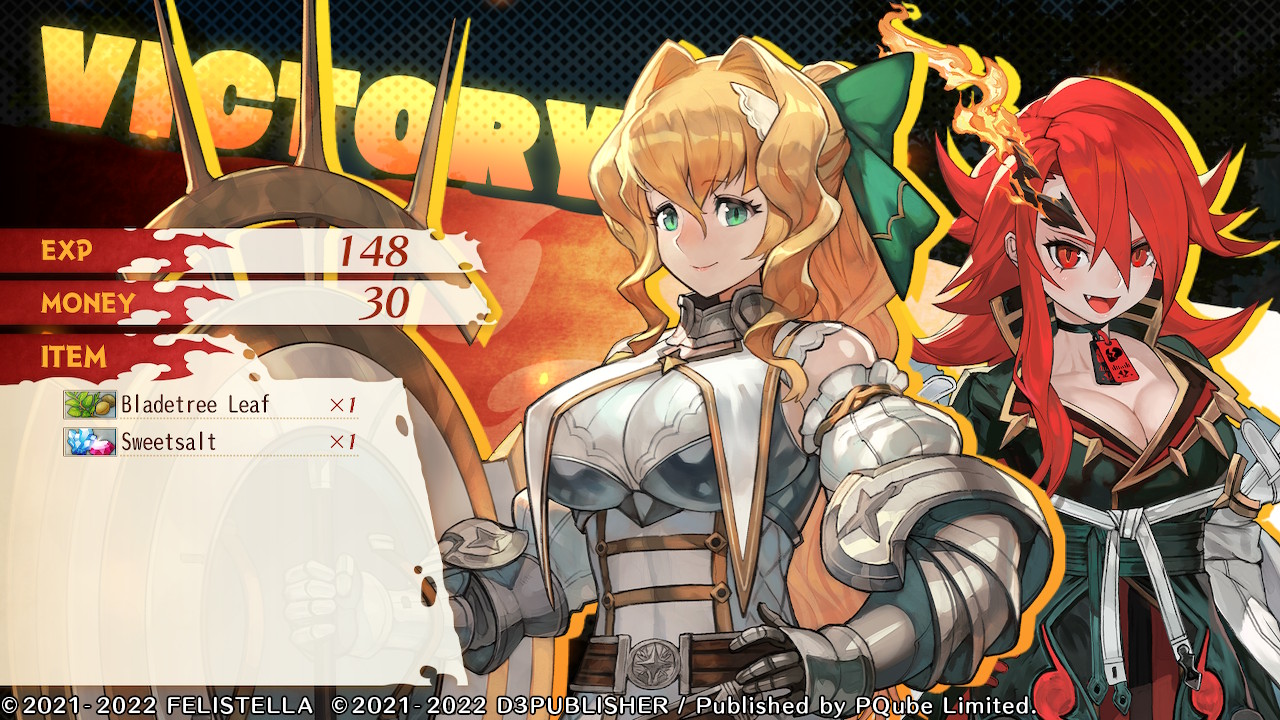 Character growth is best served by leveling up and grinding on monsters for drops. Drops spell out the basis of your forging materials, coupled with items you can forage across a map. Hitting enemies will rack up a combo, with more blows against an enemy increasing the combo count. The higher the combo count is in a fight, the more experience a character will earn from finishing that fight, which may be helped by using underpowered or incorrect Maglams to strike a flurry of blows, and then swapping over to the Maglam the monster is weak to in order to finish it off in a jiffy.

Due to the simple graphics, gameplay here is fluid and doesn’t suffer from sluggishness or framerate issues even in handheld mode. This does make things feel buttery smooth and allows for quick and easy exploration across the various maps. Additionally, the characters themselves move pretty quickly, allowing you to sneak up and smack an enemy from behind now and again and giving the player the advantage at the start of a fight.

Does Maglam Lord shape up into the pinnacle of an RPG experience? Not really. The combat itself would likely benefit more from being a turn-based style rather than the action-oriented combo fighter system, but putting that aside, the game does perform well, the other assets are solid, and the Japanese voiceover adds personality and flair to the characters, making this a very immersive story that’s easy to follow and even easier to love. Being able to express yourself as the demon lord in any way you see fit with the freedom to chase romance with whatever characters you choose is a welcome feature in a game like Maglam Lord. Visual novel players are oftentimes locked into romancing a single gender, among other limitations, so this will definitely appeal to fans of the genre.

Maglam Lord may not be the best in the terms of action, but where customization, character building, and story come in, the game delivers very well. The story alone is immersive and feels like playing through an actual anime. The characters are all well-written and easy to love. That said, those who play RPGs for the actual combat may be a bit let down, but visual novel lovers that have been afraid to branch out to other types of games in fear of difficulty will find that this title offers a unique bridge to other styles that they may very well become hooked on in the future. I definitely recommend Maglam Lord for those that like easy gameplay with a smooth difficulty curve, and anyone that enjoys weapon forging mechanics and character development.

Maglam Lord copy provided by the publisher for the purposes of this review.