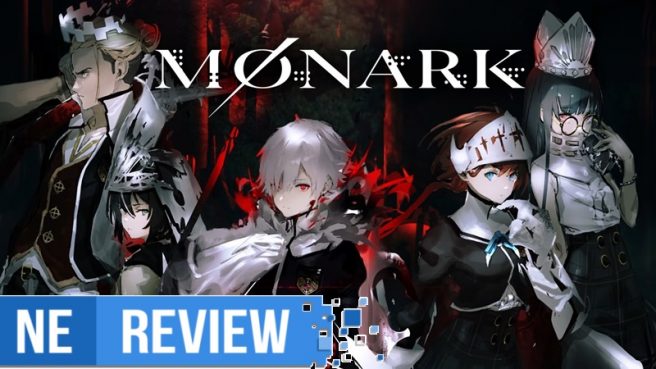 The air hangs thick with mist, the shrouded school halls hard to navigate in the ever-present haze. You don’t remember anything. Not your name, your grade, or anything about what caused this to happen. You descend the stairs to clean air and students like yourself attempting to remain calm. Panic does no one any good, after all. The Shin Mikado Academy is enshrouded in a mysterious barrier, and its going to take a lot of work to get to the bottom of this ordeal in Monark.

Opening with a psychological test, the game will throw a variety of questions at the player that decides their opening stats. Rankings based on the Seven Deadly Sins will show your corresponding stats from the outset, and will determine which type of fiend you unlock first to fight at your side. After gaining your bearings, the player is introduced to the Student Council and its ousted former leader, Nozomi Hinata. The main story is pursued not unlike any other RPG: talk to NPCs, explore a new area, solve a puzzle or two and fight the good fights that lead to the next boss and unlock even more areas to explore and people to meet. After agreeing to help Nozomi find out what is causing the mist and why the Student Council is acting so weird, the player finds that the new Student Council leader is something called a Pactbearer – a being with strong Ideals that has made a pact with a strong daemon, a Monark to be precise. After gaining our own Pact, we are capable of continuing to grow our own ego and ideals, along with a unique power: Authority.

Authority is an incredible power, boosted by your ego. Balancing the use of these powers becomes incredibly important, and players used to using MP for casting spells will rely on a couple of special gauges to keep their usage under control. Over using the Authority will result in a character reaching a state of Madness, where the character has used Authority attacks and built up enough passive Madness over the course of an excursion to reach 100% and go completely berserk. While this can be used tactically, the character will no longer be able to be controlled and will attack the closest entity, be they friend or foe, with increased stats. Awakened status for our heroes works similarly, just with the ability to retain control of the character as they lay waste to their enemies. Our fiends may not be able to benefit from Awakening, but they can be directed into groups of enemies as they reach pique Madness as a bit of a tactical mission (which they may just happen to die on.) More on fiends, shortly. 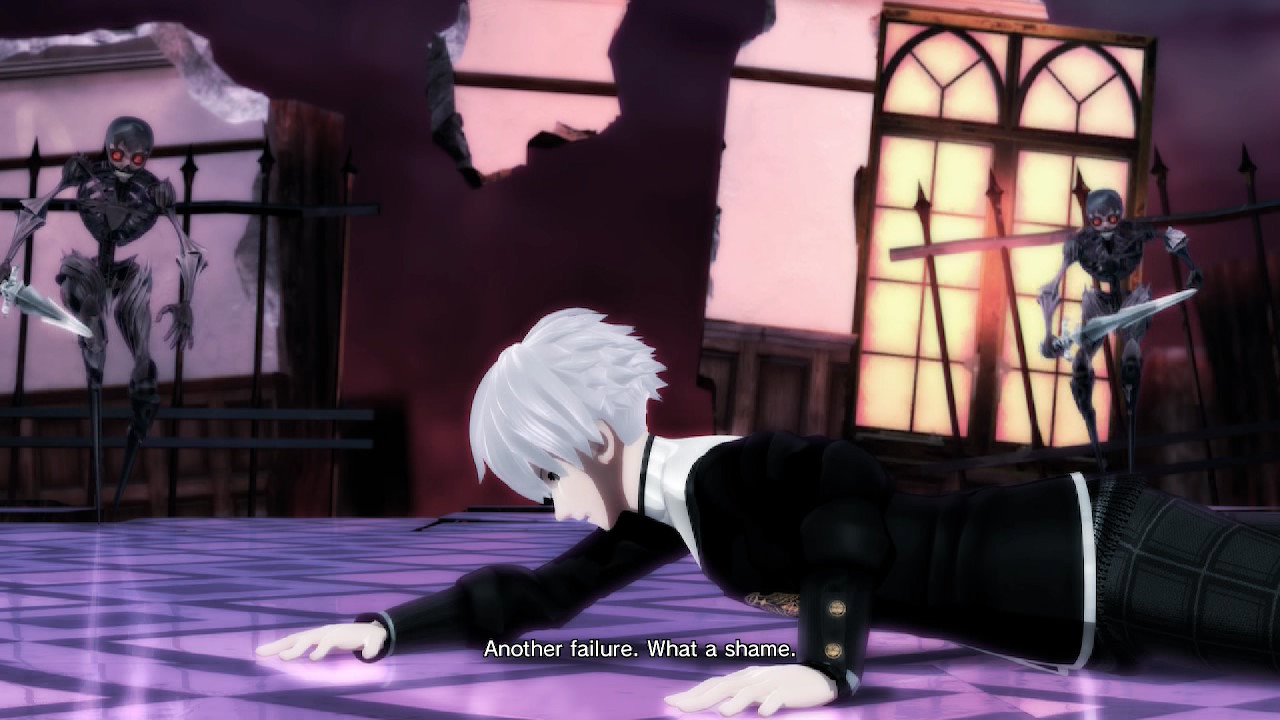 As we move through the opening act, taking down the Pactbearers seems the logical course of action to rid the Academy of the surrounding barrier and the mist that hangs on each affected floor. As Ideals from these Pactbearers are to be shattered and taken down, so that more areas clear and the students can breathe a little better without the influence of oppressive ego. The player can continue to grow using more psych tests along the way, each one adding a little bit to your 7 Sins depending on how you answer. Eventually, as your growth in these areas improves, the player will unlock more fiends to use alongside themselves in battle, which opens up a variety of different play styles depending on how you plan to use them. The more fiends you get access to, the more you can tailor combat to your liking. Spending Spirit to unlock and enhance abilities on your player characters and fiends alike will see you getting the upper hand in most battles.

The combat system was incredibly familiar to me from the get-go and reminded me deeply of Breath of Fire: Dragon Quarter, the ill-fated fifth entry in another popular RPG series. Where Dragon Quarter failed, Monark seems to only succeed. The unique combat of classic turn-based battling is spun with a movement mechanic, allowing players to line up attacks and even hit enemies from behind for a boost to their accuracy. Different party members and fiends will round out your team and influence your play style rather heavily. While the party member abilities are locked, switching in your fiends can also impact the flow and tide of battle, allowing you to choose from a buffing type, a debuffer, long distance striker, or a more melee approach, for example. Fiends are incredibly customizable and you can unlock more cosmetic options as you progress through the game, including body types, hair, armor, voices, and more. 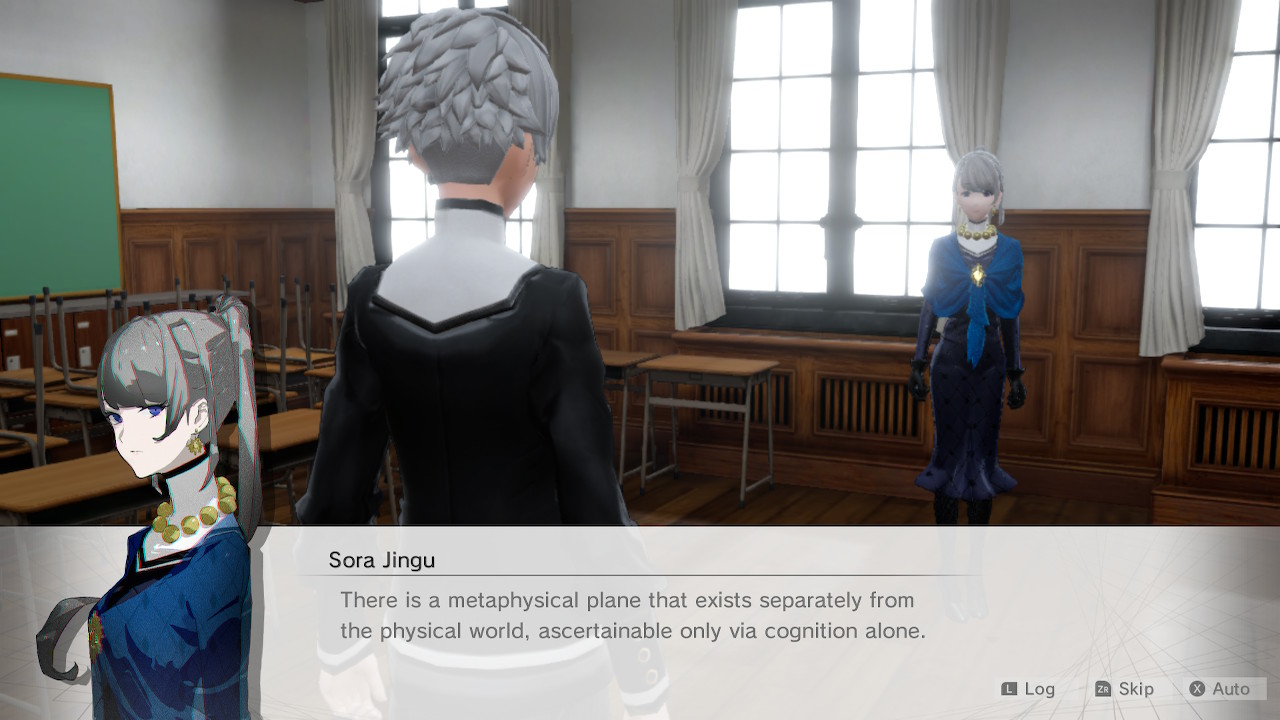 While the story itself is quite immersive, there is a bit of suffering when it comes to pacing – and you can’t progress past a certain point without significant grinding. A repetitive formula: unlock a new area, get a new character, learn their story, defeat another bad guy’s ideals, dethrone the baddie, and again from the top. This results in a gaming loop that is halted only by strange puzzles that can be difficult to figure out from the ambiguous hints left around on a floor. Having to piece together a character’s birthdate or locker combination in order to move on can seem tedious at best, and absolutely maddening when you’re just trying to move the story forward.

The ambience of the game, however, is an entirely different story than the fetch-quest and social issue slog: the game’s soundtrack is quite good and easy jam to, and every boss in the game has their own unique track to groove will while you’re handing your enemies their butts on a silver platter. That, coupled with the darker tones in the school and the colorful crystals representing the Ideals of your foes creates a really alive and kicking setting that stands out from our typical school RPG. While the graphics aren’t cutting edge, they look great in handheld mode with no texture issues or pop-in as seen in more graphically-intensive games. Docked mode is not incredibly impressive by any means, but the game runs well and does not experience any dips in framerate and seems 100% stable, which I personally would prefer over something pretty that runs like molasses in the winter. 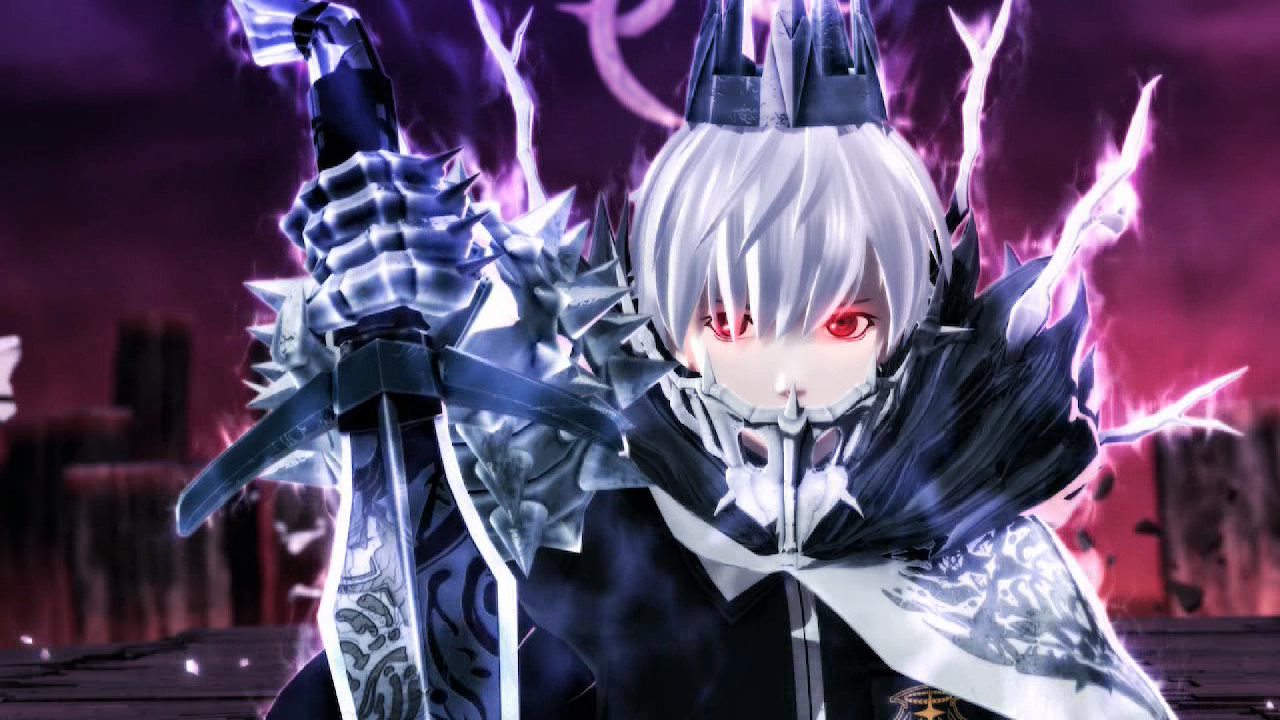 Kazunari Suzuki of Shin Megami Tensei fame is at the helm here, so the parallels and pacing trends I noticed left me feeling at home even with a complete rebuild from the ground up and a different coat of paint. At its core, Monark is very much a modern JRPG in a similar vein, and that storied history is very apparent for players that have experienced any of Suzuki’s past hits. What this gives us is a no-holds-barred fresh take on a classic formula that results in an interesting game that while familiar, has its own unique flair. Monark stands on its own as a new take on looking inside yourself and using your strengths to help others and find the truth. This message, along with the checker-themed and knights-in-armor flavor makes this a completely beautiful mashup of old and new, as if the battle system itself was designed around chess and made to look that way as a subtle nod to its inspiration both in and out of the fight.

There is a lot to look into, and a lot to unlock. As the player progresses, different achievements can be met, awarding cosmetic items, or even Spirit among other things. The player’s information on students and faculty will also update when progressing, giving a lot of life and backstory to the characters along the way. Among these unlocks, we do have some dialogue that seems stale, and even a few where characters seem to be abused for no other reason other than the shock value. While the game is as much of a look into the window of the social life of youths these days, I would never go so far as to deadname or out a trans person even in a video game. Social faux pas, or not, this didn’t seem to be handled well and left a sour taste in my mouth.

Along with the glaring pacing issues, the later game necessitates a lot of grinding to get to a point where you can keep clearing story battles. Having to repeatedly travel back and forth to the infirmary got pretty old pretty fast, even though I’m the type of person that usually enjoys grindy games (I’ve maxed the sphere grid in Final Fantasy X if that tells you anything.) The game is likable enough and has unique systems to exploi– I mean, enjoy, but there’s definitely room here to see improvements in a sequel. This isn’t something I would want to write-off as a failure, even if it doesn’t have many clear wins.

Monark redeems a battle system that I long thought doomed, but does have a bit of catching up to do on the topics of social issues and interpersonal relationships. The approach to the main character’s growth is definitely a unique take, and made my playthrough feel absolutely tailored to me as a person and brought me back to my childhood to the beginning of Dragon Quest 3’s small personality quiz affecting the player character’s stat growths. All these small nods to past games, as well as the homage paid to Shin Megami Tensei culminate into an experience that long time fans will be familiar with, but that newer players will likely link to core memories of playing RPGs. It’s also important to consider that Monark’s repetitive gameplay won’t appeal to everyone, but if you do happen to be the type of player that enjoys grinding levels for hours, you may not want to pass this one up.

Monark copy provided by the publisher for the purposes of this review.