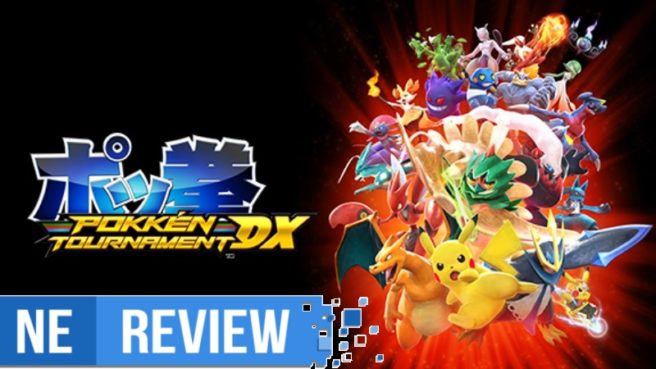 In what feels like an annual tradition now, Pokken Tournament will be making another debut following its initial 2015 release in arcades, then 2016 for Wii U, and now in 2017 on Switch. While the Wii U version was missing a few Pokemon from the arcade version for whatever reason, the game itself presented a fun and unique take on mixing great elements from Tekken and Soulcalibur and infusing them with the world of Pokemon. For fighting fans and Pokemon enthusiasts, it was a great game to own and add to your Wii U library, and, while not entirely robust, certainly kept the attention and fun for a while following its release. The Switch port, Pokken Tournament DX, aims to be the “deluxe”, or definitive, version of the game much like how Mario Kart 8 Deluxe is. But unlike Mario Kart 8 Deluxe where it felt like a genuine upgrade on Switch riding its way from the Wii U, Pokken Tournament DX fails to deliver any plausible reason to jump in for round 2 unless you didn’t own a Wii U or skipped out the first time around.

Game modes that players have at their disposal are practically identical, with no real tweaks. There are a few new modes to look forward to, though not all should be considered a plus when these have become standard in not just fighting games, but multiplayer games in general, such as online ranked play and friend-only “group” matches. 3v3 team battles is a new mode in Pokken Tournament DX which will have players choosing up to three Pokemon to fight it out and swap as one is defeated at the end of each round – effectively making this best three out of five. It’s a rather fun mode that gives matches and competition more depth, as players have to choose three Pokemon at a time to be proficient with rather than a predictable main frequently seen in tournaments (looking at you, Gengar). 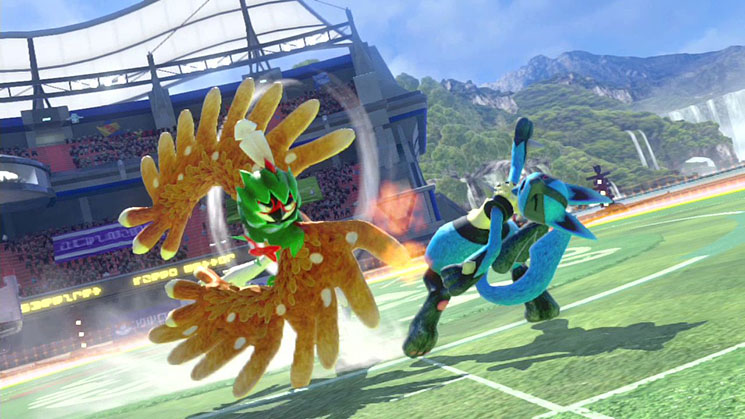 Another mode, which isn’t so much a mode as it is more of a side-quest type enhancement to give players a little something extra, are the Daily Challenges. These refresh every 24 hours and give players a new objective to achieve in order to gain prizes – for example: Defeat Gengar in 45 seconds, beat Suicune without a Synergy move or Pokemon assist, and more. These prizes can range from cosmetics for your avatar to gold that you can spend, as well as skill points for all the Pokemon involved in the match to spend on their stats that aid in increasing their attack power, defense, assist charge speed, and more. It’s nice to have a layer of added depth, but having this one mode that you can only take advantage of once per day, again, doesn’t warrant a revisit.

Of course, the big plus this time around with Pokken Tournament coming to the Switch is its portability factor. I still had fun playing this game on my monitor much like I did the Wii U version of the game last year, but handheld mode feels really comfortable and Pokken Tournament DX also lends itself nicely to short bursts of gameplay, making it good for commutes or downtime in-between work, errands, etc. There is no touchscreen functionality, however, so don’t go expecting being able to select your characters, modes, or anything else in the user interface with your finger. Most icons and other portions related to the UI in the game remain rather large, so I kind of naturally found myself attempting to touch the screen a few times, each time having to remind myself there was indeed no touchscreen functionality. One bonus is that you can use each Joy-Con as a separate controller to play local multiplayer without the need of purchasing a brand new set. This allows for multiplayer gaming with friends and company even when you’re out of the house, getting everyone in on the fun at any time. The controls can sometime feel a bit off and ultimately won’t feel nearly as ergonomic as a Pro controller or another set of Joy-Con, but they get the job done.

For users jumping into Pokken Tournament DX for the first time or making a return after a hiatus, practice mode is your best friend here. As I mentioned in my Wii U review, Pokken Tournament is accessible while having the depth of a typical fighter without getting overly complicated, simplifying commands and making them intuitive much like Smash Bros. or Dragon Ball titles without an absurd amount of inputs to initiate a move or a special so long that your character looks like it’s dancing briefly. You can choose whatever Pokemon you’d like and go through the tutorial, which will give a basic understanding of what each button does and how to use them in tandem with other inputs and utilize them in combos. A dojo also allows you to go through a move list for your desired Pokemon and practice them, whether against an immobile CPU or one that’s fighting back. Pokken Tournament may look flashy or overwhelming to some, but I can promise that it’s fun for people of all ages and the practice mode does well to walk you through all the mechanics of the game to get you up and running in no time, even if you’re new to the genre. 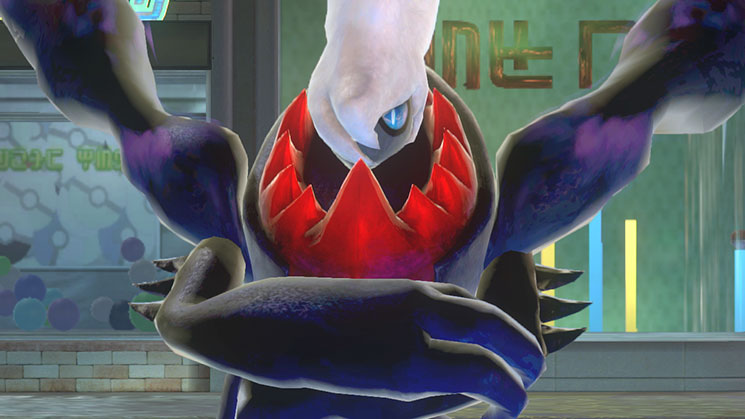 There is no doubt that Pokken Tournament DX is a treat to have on Switch, but unless you were a huge fan of the first, there’s no real reason to come back to it again unless you’re very interested in the fighting genre and want something to tide you by until a fresh title potentially makes its way to the Switch. One new assist pair (Litten x Popplio), five “new” Pokemon, a few extra modes/features, and the option to take it on the go don’t exactly scream full price to me, but your mileage may vary. Luckily, we actually hit true 720p resolution this time, and the frame-rate is very stable at 60 frames per second with little to no hiccups, so, hey, progress there, but I still feel like a lot more could have been done with features and technical enhancements on a console that’s far superior to its predecessor.

Pokken Tournament DX is first and foremost meant to expand the user base for the game and attract those who may have not purchased a Wii U or bothered picking it up the first time around. For those jumping in fresh, there’s a lot to enjoy here as was in the Wii U version of the game, but the DX part of it – compared to what Mario Kart 8 Deluxe provided and what Pokken Tournament on Wii U had to offer – is a bit of a let down. There are a few extra additions compared to the Wii U version of Pokken Tournament, but not enough to warrant paying full price all over again if you delved into it initially or played it casually. Even with the new Pokemon Decidueye, Croagunk, Empoleon, Darkrai, and Scizor, four are already present in the arcade version. If you skipped Wii U’s entry, this has a lot to love about it, especially if you’re a big Pokemon fan such as myself, but for those that touched base the first time, there’s no need to double dip immediately.

Pokken Tournament review copy provided by Nintendo for the purposes of this review.