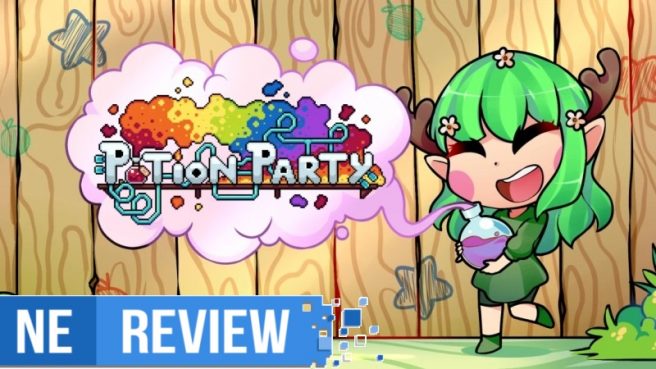 We’re always used to being adventurers – going out into the world to slay monsters, learn new spells, collect newer and better equipment, and keeping our party’s health up with items. After all, who doesn’t love a new adventure and fulfilling quests for rewards? But I have to stop and think sometimes: what is life like for all those supporting NPCs that you meet in every town? What’s it really like to be a blacksmith, an armorer, a magic instructor, or dare we ask – an alchemist? Well, luckily, Potion Party is here to answer that last question in the form of an alchemy simulator with cute pixel graphics with bright colors and fast-paced tasks. 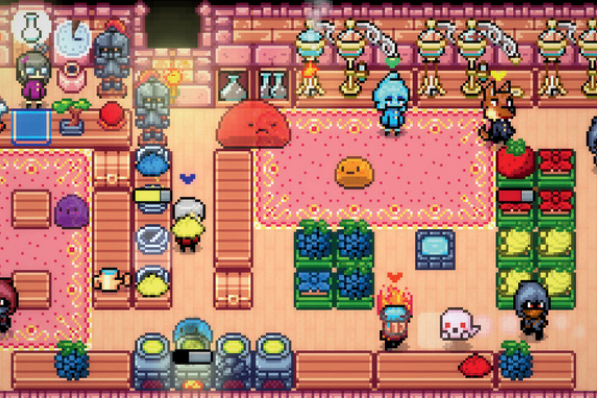 Potion Party puts you in the shoes of a local alchemist supporting adventurers. You’re responsible for brewing a variety of colored liquids from the ground up: growing colored plants, milling them down into powder, mixing those powders and putting them into the brewing stand and making sure to place your glass bottles in the right place. All the while, you’re also making sure your next batch of plants is watered to promote growth, milling more down into powder, and of course scaring off any thieves who attempt to come in and reap the benefits of your hard work without coming off of any of their coin. You might also want to dodge the ghosts. They aren’t very nice.

Brewing is hard work. The steps to creating different potions deepen as you progress through various levels. While milling down plants becomes second nature, mixing colors to create new ones and applying additives to brewed flasks to change them afterward can add a bit more complexity to an otherwise basic formula. Life is not easy for an alchemist, you see. A large amount of focus is necessary. Planning your tasks a few steps ahead will work to your advantage and have you running around your workspace in a clockwork rhythm of absolute efficiency will result in making sure to fulfill a customer’s wishes in as timely a manner as possible. They won’t wait around forever, you know!

The first few stages will teach you the basics of the game, the simple building blocks of brewing potions of the primary red, blue, and yellow colors. After you master that, you can learn to mix your plant powders at the tables in your workshop, or even use the oven to burn plant material to add to a finished potion to change its properties. New mechanics and new hazards are introduced slowly so that the player can be properly trained into being a fully-fledged alchemist. Throughout the stages, you’ll also be earning a decent amount of coins for your troubles, which can be spent between levels on either new characters with different perks, or new tools for the workspace. Spending quickly might be tempting, but saving up for a bigger reward could also be a larger pay off early on. Make sure to check out what is available to you and make your decisions wisely. 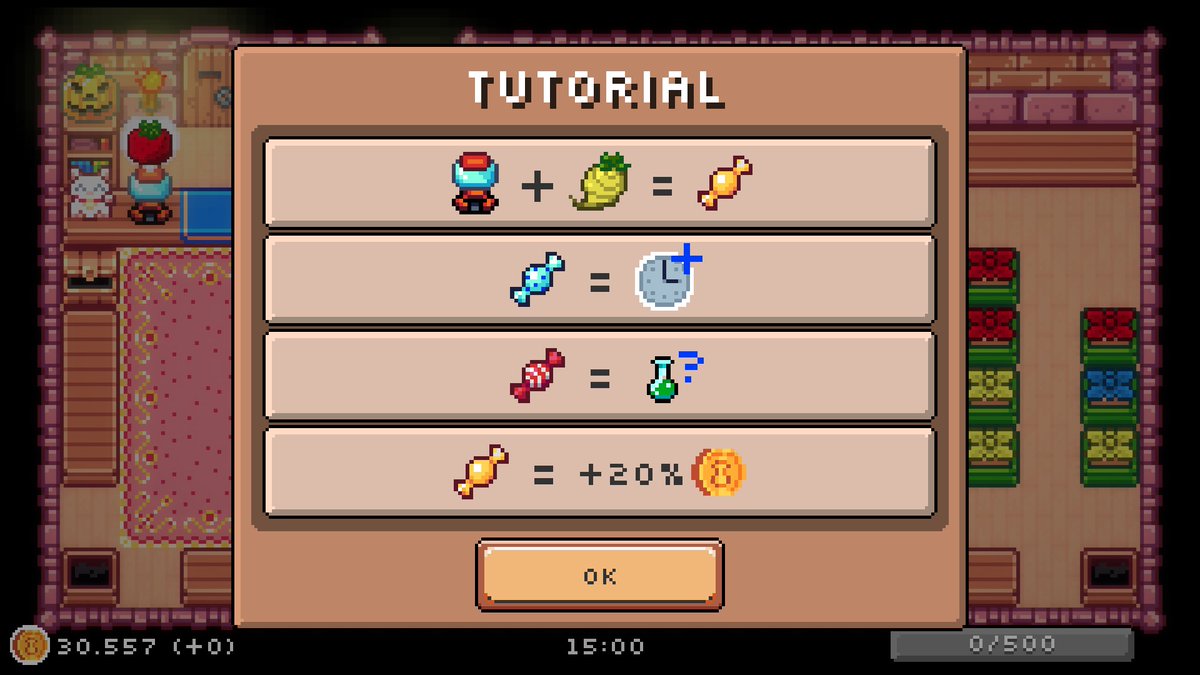 Additional table space, another brewing stand, and even more areas for plant care can be added from the upgrade shop to give you more access to more supplies at once. This becomes a crucial part in managing what items can be made at certain times. The more table space you have, the more powders you can have prepped. The more stands, the more brews at one time, and making sure to set an unneeded product aside for later can pay off if someone comes in asking for it later, but should you waste the space on producing things in advance if it means someone will be waiting longer for a potion you currently don’t have in production? Decisions are hard, but they must be made.

Multiplayer is a definite selling point for this title. Working either with or against up to three friends, four players in total can either combine their efforts or attempt to outshine one another in Potion Party. Racing against your friends to fulfill the most orders becomes absolutely nerve wracking, but a practiced player can easily overshadow newer friends. With such an easy learning curve, though, new players can fast gain their footing and planning and execution will be the deciding factor in who can be the best alchemist in the shop.

Deciding on which character perks to use, like faster brewing times or faster milling times can make a difference in the outcome of a challenge. While I tended to favor the quicker brewing times in multiplayer, earning more coins in single player paid off more due to being able to unlock new perks more quickly. The lucky cat statue, in addition to being adorable, increased my coin gains even further, which meant I prioritized that as one of my first larger goals in the game. However your play style may be, Potion Party is something that really does seem to have something for everyone, and in a world where couch co-op seems to be increasingly rare, its nice to find another game to grind away at in my household.

After so many years of fighting monsters and saving the world, retiring to a small-town alchemy shop doesn’t seem like too bad of a plan. I had a lot of fun, not only by myself but also with my friends in this colorful simulator. Simple and fast-paced party games are a great thing to have on hand for any Switch owner, and Potion Party is definitely one of the better choices that could be made for a quick gaming session with pals. Players of any skill level can approach this title and have a lot of fun, which is strange when you think of this as being tedious busywork if done in real life. That said, I’ll definitely be appreciating the next alchemist I buy from on my RPG adventures, that’s for certain.