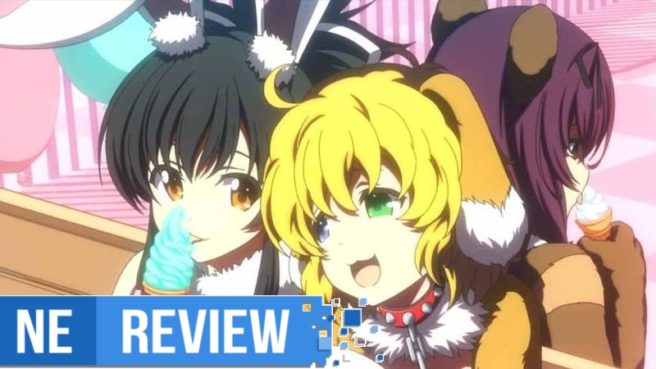 Senran Kagura Peach Ball takes the voluptuous and equally as athletic shinobi into the crazy world of arcades with pinball. While it’s unfortunately not a mainline title filled with hack-and-slash goodness the series is known for, this new game one-ups the series’ previous Switch release, Reflexions, by not only having the crew back in action, but somehow delivering one of the best pinball experiences I’ve had arguably ever. Though this isn’t the first pinball title to make its way to Switch (and certainly won’t be the last), Senran Kagura: Peach Ball stands out thanks to its great cast and being on the more provocative side of things.

Pinball has always been one of those things I play from time to time whenever I’m in the moment. I don’t think I’ve ever gone out of my way to play pinball before, but put a machine in front of me and I can be on there for hours. Regarding what we consider classics and part of history, pinball doesn’t get as much love as Tetris does, but one thing they’ve had in common is their ability to adapt to a bunch of different licenses and styles with twists to make them consistently feel fresh. Sure, the core mechanics are the same – in pinball’s case, the act of reflecting a ball with flippers – but seeing different perspectives and how you go about getting a high score with insane layouts, it can make for an adventure directing the trajectory of the ball and watching how it interacts both scripted and improvised with its environment, triggering a plethora of lights, sounds, and vibrations that ignite the senses. Put all of this in the mix with Senran Kagura and, especially as a fan, you have an over-the-top ecchi arcade where the entire experience is a perpetual bounce. 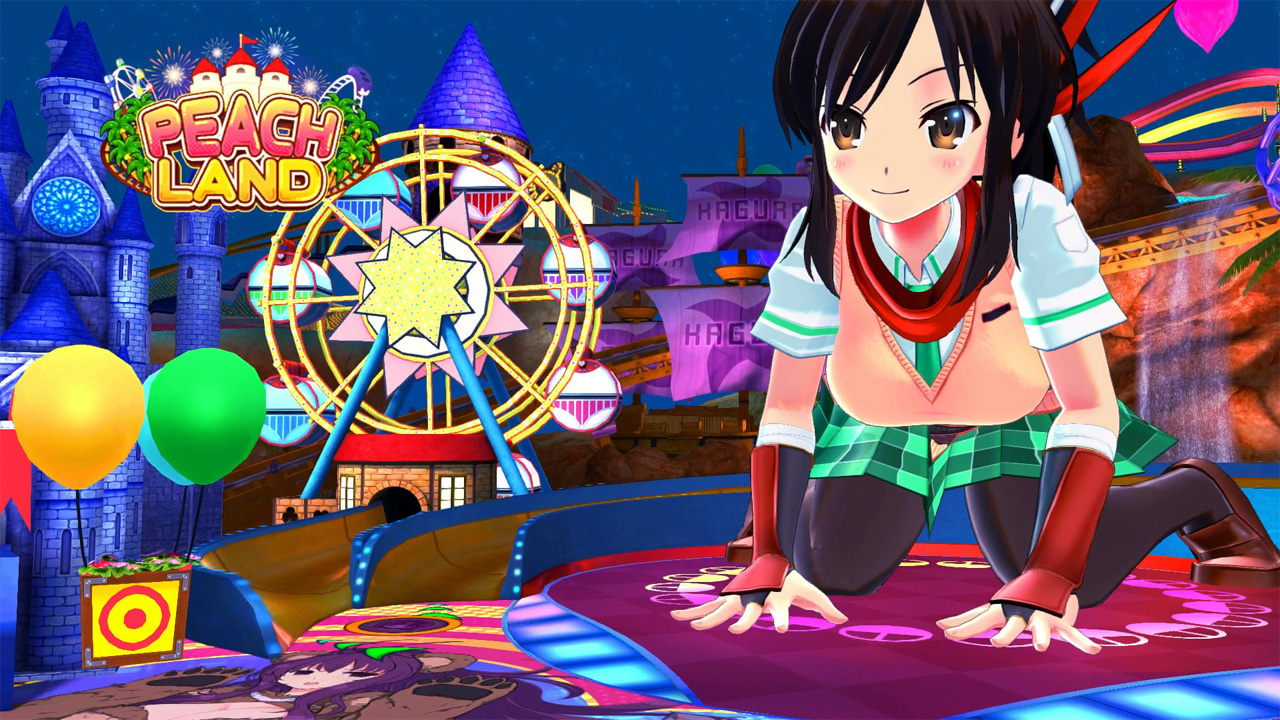 It’s easy to dismiss Senran Kagura if you’ve never played any of the games before. From the outside looking in, there’s no doubt questions arise trying to make sense of it all, why the shinobi are the way they are, and if such fan-service is really necessary, but they are genuine, fun titles that surprisingly grip me with their stories and gameplay most of the time, and while Reflexions and Peach Ball take a back seat when it comes to a story that has any footing and focus heavily instead on a more intimate experience with heavy use of the HD Rumble feature of the Joy-Con, they do well to not take themselves seriously, and still retain the humor found in other Senran Kagura titles.

Humor is what drives Senran Kagura Peach Ball, and while the cast that shows up here is selective much like Reflexions, it’s a solid five (though everyone will have their own preferred best girls) with Yumi, Ryona, Murasaki, Yomi, and Senran Kagura mascot Asuka joining you for some pinball as they also try to save each other from their uncontrollable animal forms. The story here is insanely goofy and the reason for their animal appearances feels arbitrary, but it’s all the more reason to play some more pinball at the end of the day so truthfully it doesn’t matter much once you jump in and have a fun time with seamless transitions between breaks to onboard and out, shooting the ball from the perspective of within the machine, and sharp visuals at 60 frames per second to help smooth out the overall experience.

Haruka is running an arcade game corner and the player happens to walk in during a tournament going on for Shinobi Fighter 5, a tournament in which some of the entrants happen to be some of our favorite shinobi. In the midst of all of this, a green liquid called the Beastall gets loose, turning those who come into contact with it into animals (slightly in appearance, though mostly in personality) and it spreads to anyone who touches it. Apparently Haruka was afraid this would happen, so she pulls out a small ball called the Peach Ball, in which with the proper vibrational force, it’ll produce a special mist that can restore their humanity. The Peach Ball is predictably used with a pinball machine, where whenever someone’s turned is brought to. 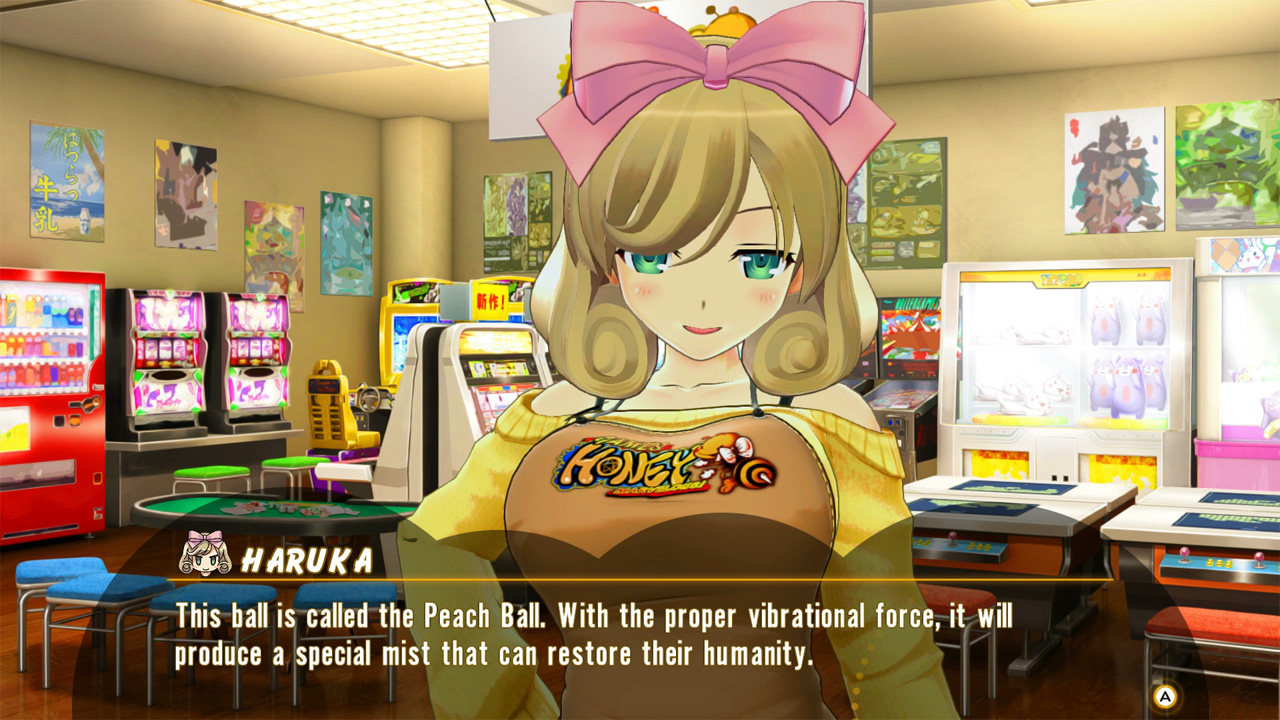 Every character has their own mini campaign in which you’ll cleanse one another from the Beastall by using the Peach Ball, each with a set of five missions each. It doesn’t sound like much given that each game of pinball can take anywhere between 5-15 minutes – possibly more if you’re trying to go for the highest score possible and avoiding the challenges to cleanse the characters – but multiply that by 25 and add visual novel segments in-between with new challenges, unlocks, and more, and you’re left with what feels like a solid $40 package that has tons of replay value.

What Senran Kagura Peach Ball does during its games of pinball is give the player tons of missions in the interim, adding more to do on the table versus just hitting bumpers. With varying styles of machines, the ball as it’s hit can go through what looks like theme parks as it hit lanterns and tea cups in addition to the shinobi in the middle of the machine. Camera angles can be adjusted on the fly with the use of the d-pad to give dynamic views to the player’s preference, from standard bird’s eye view of the machine and action camera’s following the ball in almost a third-person view, with varying degrees of each style for tuning. I personally enjoyed messing with the angles a lot as the ball would make its way across the machine and interact with its surroundings to get a more “cinematic” effect, if you will, for the ball as it ventured through. It made the entire thing even more enjoyable and fun to watch, even if it did, admittedly, cost me a loss of a ball or two.