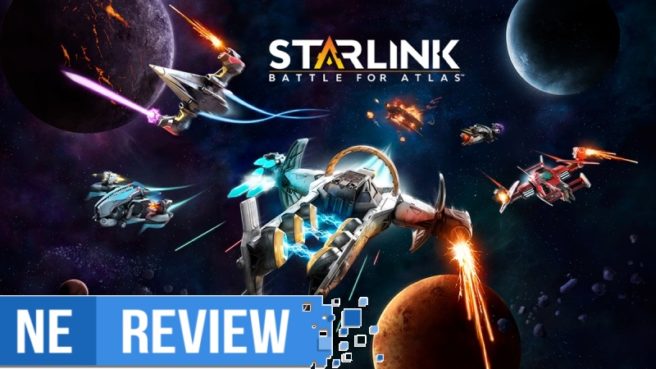 The cosmos has always been fascinating. From our blue dot, Earth, being able to look up and see the stars shine, it’s natural to wonder what’s out there or what it’d be like to walk on other planets or visit other solar systems first hand. It’s because of this that I’ve always found sci-fi and space exploration intriguing regardless of the medium helping to bring those thoughts and galaxies to fruition with our imagination. Titles like Mass Effect, Elite Dangerous, Everspace, No Man’s Sky, and so much more have helped bring us as close as possible to experiencing the extraterrestrial within the comfort of our own homes (with significantly less danger) and laid the foundation as well as continue to push various ideas on what lies beyond the exosphere in a variety of different ways. Starlink: Battle for Atlas takes the best parts of space exploration, planetary farming, star battles, and more and brings them together in a way that’s immersive both in and out of the game with a toys-to-life approach that, surprisingly, doesn’t actually need any toys to be enjoyed to its fullest.

While it may promote itself as such, Starlink: Battle for Atlas is not a toys-to-life game. It simply offers the option to be such for those that like to collect, mod, and build. Starlink, at its core, is a fantastic space adventure game that, whether intentional or not, is probably the best Star Fox game to never exist.

Starlink: Battle for Atlas is a unique concept bringing the immersion of toys-to-life into a space exploration-themed world without the need to actually have to acquire the toys and worry about clutter afterwards. The game has players choosing a pilot alongside customizing their ships to their liking as they see themselves aboard a larger hub-like ship known as the Equinox before it is ultimately invaded by a swarm of enemies known as the Legion, led by someone named Grax, for the purpose of kidnapping their commander to create Nova, a rare but powerful energy, and unlock the potential of ancient technology to help the Legion gain a massive amount of power for domination. 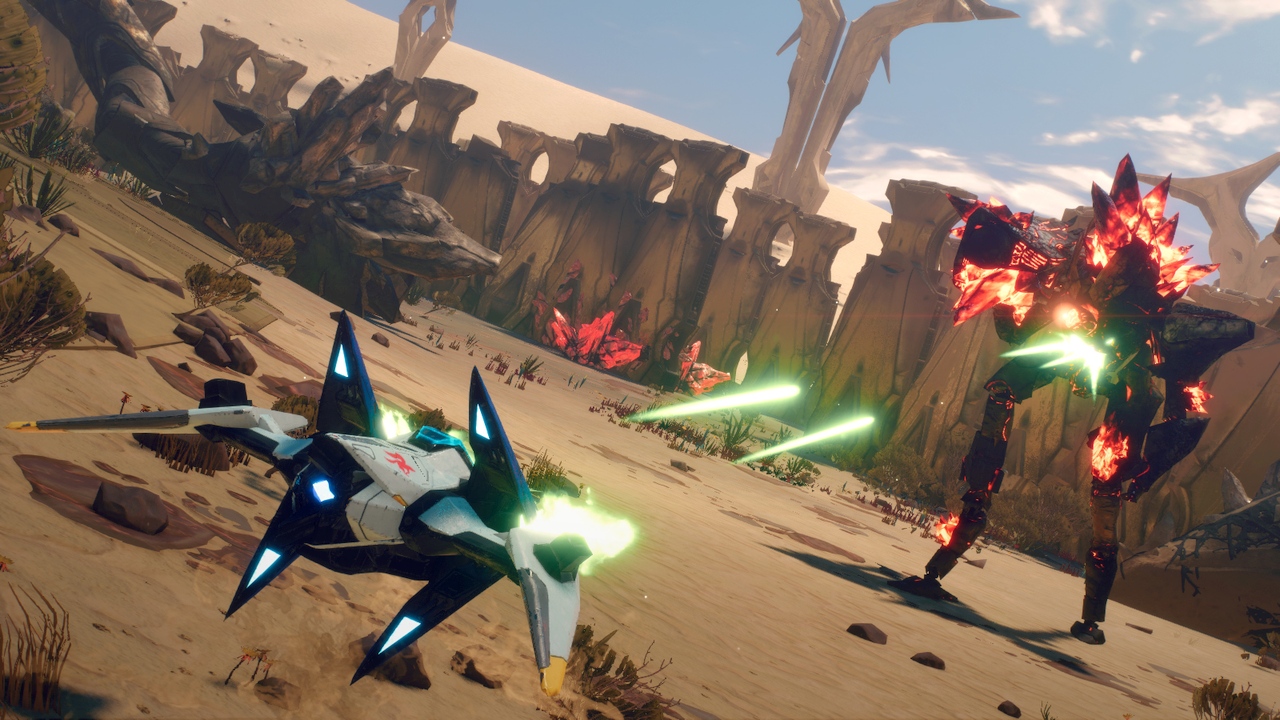 Throughout your journey, you’ll be visiting a variety of planets, gathering resources, gaining allies, acquiring mods for your weapons and ships, and much more in order to be able to beat the galaxy-wide Legion. While going through the campaign, multiple cutscenes will play throughout, and thanks to the art direction and likable characters it makes for an awesome time watching them play out, despite the pre-rendered nature of them.

The most exciting part about Starlink is that, exclusively on Switch, you get additional Star Fox content where the entire game can be played as Fox McCloud, including fully voiced dialogue and the entire Star Fox crew included in the cutscenes as well. Lots of care and attention clearly went into making sure that Star Fox had its time to shine and it wasn’t just some glorified DLC. You could easily go into this expecting to play a Star Fox title with a Star Fox story, and walk away more than happy, because not only can the main campaign be completed in its entirety as Star Fox with accompanying dialogue to boot, but there’s a Star Fox campaign that is going in tandem with the Starlink campaign. It’s not even a side-quest, but an actual full campaign that’s going on at the same time as the main one. You can freely choose which missions you’d like to take on or focus on by pressing left or right on the d-pad.

Even with its family-friendly art direction and No Man’s Sky-esque color palette, it should be noted that Ubisoft still isn’t holding back when it comes to the sheer scale of this game. Planets are miles among miles among light-years away from each other, so even at full speed with rockets boosting you along the way, it’d take you the better part of day or two going from one side of Atlas to the other, so thankfully there’s Hyperdrive! These boosters take your ships to speeds capable of reaching far distances in a much more reasonable amount of time, but it’s not free flying to every destination, however. 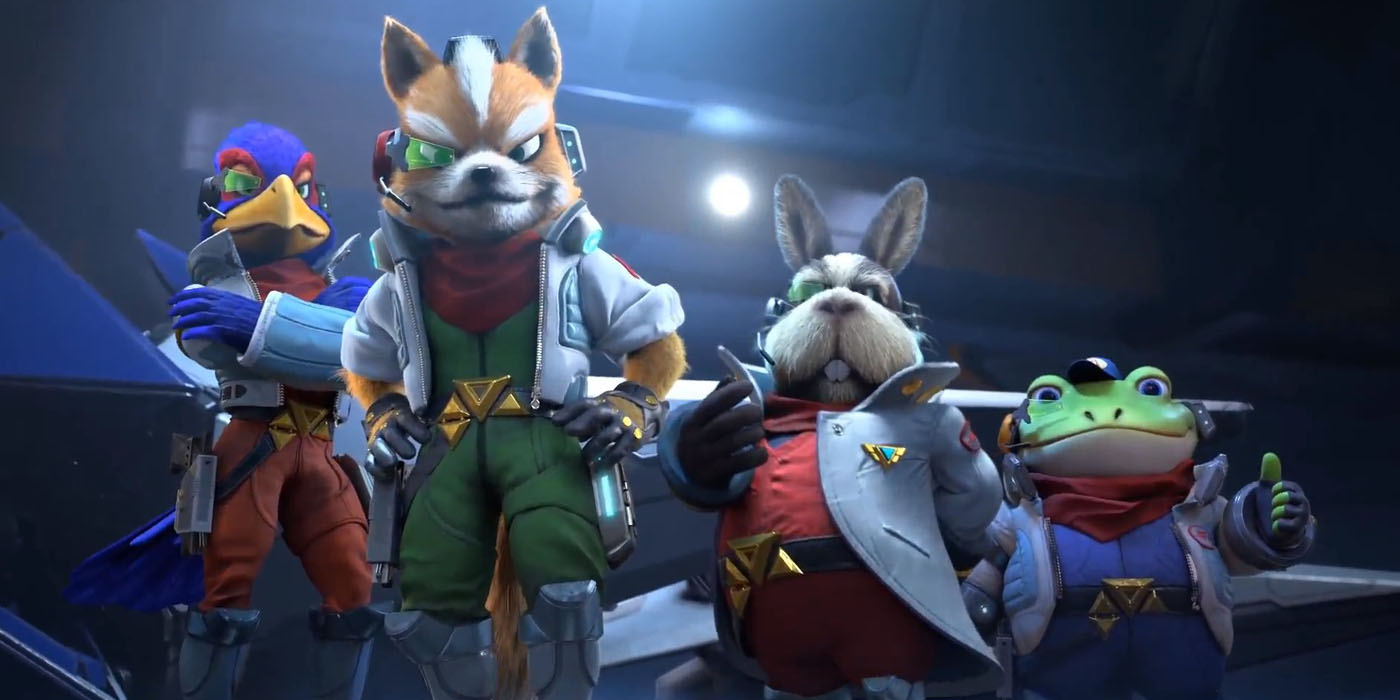 Outlaws are basically pirates that go throughout space and the surrounding planets to steal and salvage from other people, and they’ll lay hyperspeed traps to ensure they can catch anyone passing through. These can be avoided, though, as you can turn (albeit much harder) as you’re in your Hyperdrive state, and as these massive purple gates begin to form to trap you – and coming into contact with them will stun you briefly – there are holes that you can fly your ship through to avoid engaging in a confrontation. Outlaws are probably one of my least favorite parts of the game because Starlink: Battle for Atlas has its moments of serenity, and even if you’re staying still in one spot for a while, Outlaws can spawn and come directly for you. Flying through Atlas – especially with headphones – is an amazing feeling as there’s this ambient, almost binaural-like tone that gives a sense of tranquility, only for it to be ruined by Outlaws that constantly say “Oh, this isn’t looking good for you” after your fourth genocidal run on them within a fifteen minute timespan. Occasionally these Outlaws will be accompanied by an Elite Outlaw, which basically serves as a mini-boss as they’re much harder to kill and unleash a lot more damage upon you. Ultimately, however, they’re not particularly difficult so long as you can get used to utilizing your shields, but the button placement is very uncomfortable, and I usually just do my best to dodge and strafe while unloading my weapons.