Posted on July 9, 2022 by Dennis Gagliardotto(@LyonHart_) in Reviews, Switch 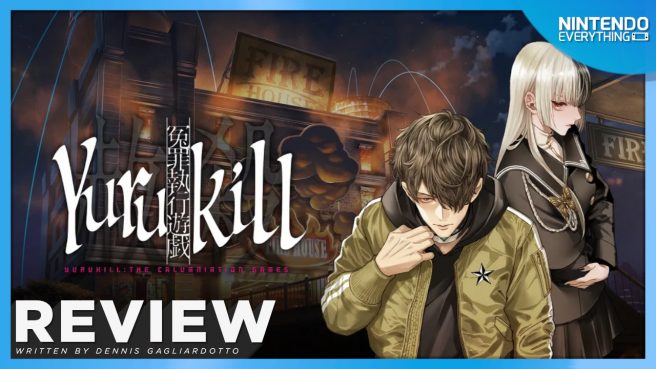 Yurukill: The Calumniation Games is almost a wonderful new version of the Danganronpa formula, this time pitting a bunch of a group of prisoners and executioner’s against each other as the former try to prove their innocence to the latter in a sequence of mini-games and theme park attractions that closely resemble former moments of their lives – most notably the crimes they’ve committed. It’s a fantastic amalgam of murder-mystery-driven plot devices, shoot ’em ups, visual novels, and questionnaires that works exceptionally over a beautiful explosion of colors and flair that makes the game as a whole an attraction of its own.

Yurukill: The Calumniation Games sees the main protagonist, Sengoku Shunju, waking up in his prison cell where he’s been serving time for a sentence he adamantly believes he did not commit: murder and arson. Stuck with others that have also been incarcerated on a variety of charges, prisoners are taken alongside their executioners to Yurukill Land, a theme park filled with attractions and events that both loosely and closely relate to and resemble the crimes and scenarios from their past. Five separate teams comprised of a prisoner and their executioner make way through the theme park, but it’s not all fun and games, however, as they’ll be fighting for their lives both within the games themselves and at the advisement and judgment of their executioner, in which they’ll make the final decision to pardon or kill. To raise the stakes even more, only one will walk away with their freedom, while the rest will serve their final sentence.

It’s very much reminiscent of Danganronpa and Zero Escape as the numbers dwindle throughout your time with the game, and mysteries unfold with twists in just about every corner. The plot in Yurukill: The Calumniation Games is deep enough that it doesn’t feel like a cliché reskin of many that have done this before. Also, the way the game handles mystery is cleverly done as rather than have answers to things over time, more questions begin to arise as you’re trying to be as thorough as possible before each revelation comes to surface at such a ferocity that is more often than not jaw-dropping. 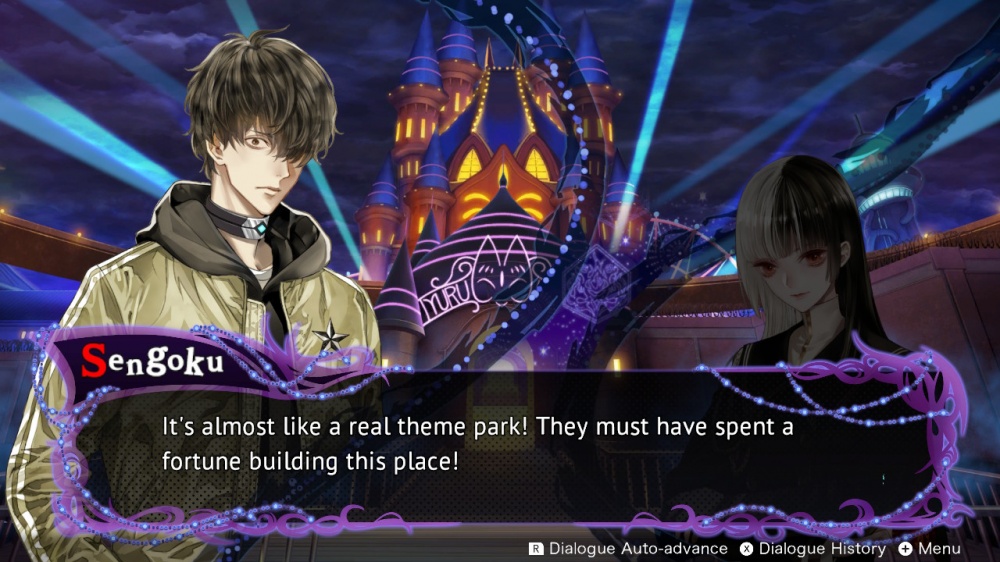 While visual novels like this tend to have flexibility within a linear space, Yurukill isn’t just about being able to solve puzzles in an escape room-style of gameplay, but instead incorporates much more that creates an overall dynamic experience that feels both familiar and refreshing while still retaining an identity of its own. Outside of its detailed escape rooms which are filled with tons to do consisting of difficulties that range from novice all the way to advanced expert (there isn’t an overall difficulty option for the game itself), players need to do their best to keep their executioner happy. In the shoes of Sengoku, he’s pitted against an executioner that has the power, like the rest, to kill him at will, and with personal ties that may or may not be indirect to the crimes he’s purportedly committed, it takes a lot of convincing to not have the Executioner not want to just press the kill button on their Yurukill Passport and get it over with rather than see Sengoku go through a fair trial.

When things get heated, the game intensifies tenfold as puzzles are put on hold while going through what is called Maji-Kill Time. This effectively has you testify to what you believe to be the truth, but going through this mode the executioners don’t take lightly to false claims and lies, so with each question their desire to kill through the Urge To Kill Gauge rises, and unless you’ve answered all the questions adequately, you can expect to be poisoned and killed right on the spot, leading to a game over. These trials are some of the most fun parts of the game as they tend to keep you on edge and needing to think like Sengoku, as well as serving as a way to make sure you’ve been paying attention to the disputes, notes, and environments around you. Yurukill does a good job at pacing and ensuring that there’s that fair balance with gameplay and dialogue, as well as the unexpectedness of once again having your life on the line once things begin to feel comfortable or stable. 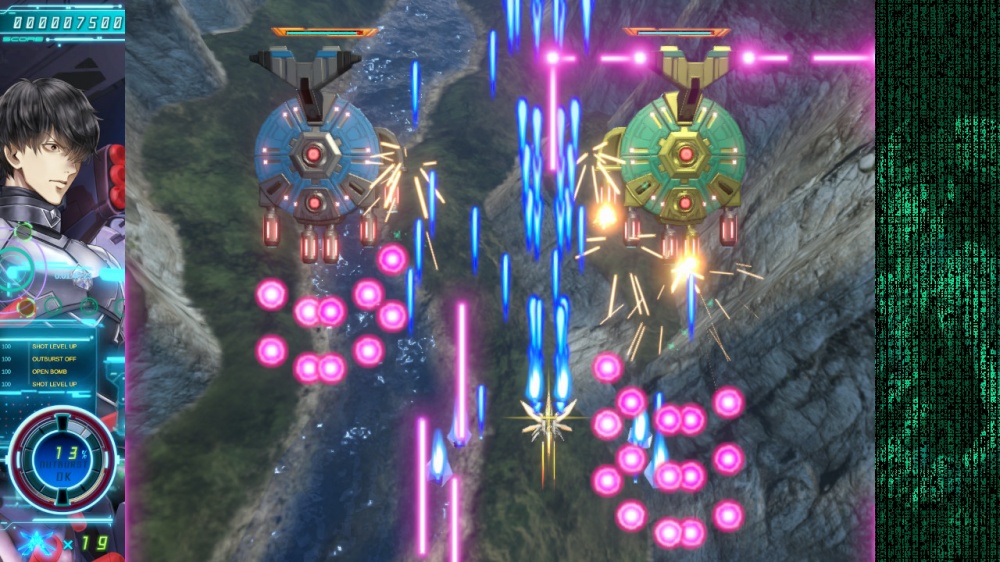 Despite all the sinister events and gore taking place, the presentation of Yurukill: The Calumniation Games is one of the biggest draws thanks to its large color palette that it doesn’t shy away from to still provide a visual feast for the eyes. Much like Danganronpa, the title doesn’t need to rely on dark, tenebrous, and rusty tones to convey a sense of eeriness and discomfort, letting the actions speak for themselves in a stylized manner that pops on both a TV and OLED screen. Character portraits especially are all wonderfully illustrated and complemented further through unique borders that often look like lights that glow and react in and out of the illustrations and dialogue boxes to their emotions and exclamations, making for a showcase of its own outside of the main attractions throughout the game.

With a prisoner’s life always on the line, they’ll be fighting tooth and nail in every way possible, and these features expand even further into the Prejudice Synapse and Mind Maze segments that come alongside the odd yet perfectly implemented shoot ’em up portion of Yurukill: The Calumniation Games. It steals the show for the main game and is thankfully also offered as a separate experience altogether that can be played standalone upon boot-up. The shmup aspects are incredibly fluid and play as much as one would expect it to compared to others within the genre. Standard bullets fly at a rapid pace, chipping away at enemies both big and small, and special ammunition is gathered through time with power ups and drops that help really unleash massive attacks that can clear out waves of enemies at a time by the press of a button. Any lives gained throughout aren’t so much for the shmup segments themselves as they can be fairly forgiving, but they’ll be necessary when going through the Prejudice Synapse and Mind Maze portions where a wrong answer or ill-timed move can takes lives off at a time. More lives obviously equals more chances, so despite the semi-easy nature of the shmup portions, it’s still good to treat it with focus and avoid carelessness as those lives will be very much in handy. For avid fans of shmups and bullet-hell titles, it’s easy to adopt the implementation of this in Yurukill as it feels how it’s supposed to, with the added flavor and panache of Yurukill’s vibrant presentation. 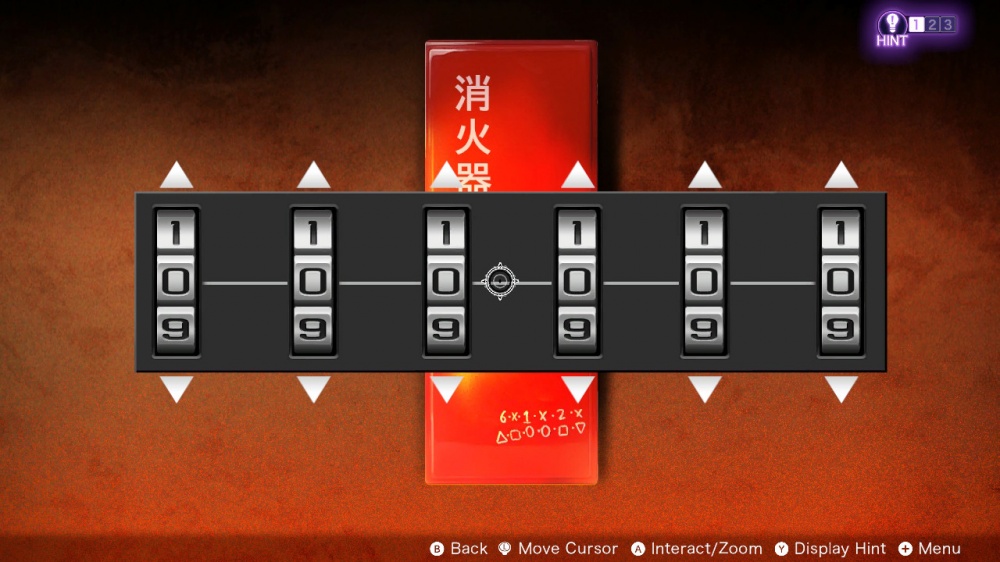 Where Prejudice Synapse and Mind Maze play into all this is seamlessly done through the shmup segments, where Sengoku will have to make his way through the Executioner’s mind and neural pathways to destroy prejudices and discern truth from falsehood respectively. These segments are done slightly different, however, despite still controlling and being within the ship being used in the Brain Reality (BR), where in the case of Prejudice Synapse Sengoku will have to destroy false evidence and beliefs by presenting the facts. Mind Maze, on the other hand, has Sengoku mostly going through a tunnel of obstacles that need to be avoided alongside questions that need to be answered correctly, assembling sentences to move forward and correct a line of thought. Both of these separate minigames within a large one make Yurukill: The Calumniation Games feel particularly full, thorough, and properly packaged, and lends itself well to a gameplay loop that surprisingly never gets old thanks to the changing contents (and underlying context) each time a new attempt is made going through the story.

Yurukill: The Calumniation Games is a wonderful mystery visual novel with other gameplay elements that really help it give it a well-packaged and polished feel and makes it stand out from others in the genre. It’s arguably one of the most inventive, fun, and interesting additions to the genre to come out in years, and the story is constantly evolving and becoming more exciting as more and more attractions and escape rooms are experienced. The puzzles themselves all work well within their respective themes, and while some puzzles may seem a little more than logical, a hint system is there to make things more palatable for any and all players that decide to give Yurukill: The Calumniation Games a chance to prove their innocence, and any and everyone wanting something new along the lines of Zero Escape and/or Danganronpa should look no further than Yurukill: The Calumniation Games to quench their thirst for intelligent stories, thoughtful outcomes, and a world where trust is a luxury.

It’s hard not to want to compare Yurukill: The Calumniation Games to the likes of Danganronpa, but it’s a beautiful blend of mystery thriller, stellar writing, and excellent gameplay and visuals that show the talents of every designer behind IzanagiGames and the work that comprises their portfolios. Other than some odd stuttering when opening up menus or transitioning between the shmup and visual novel portions during the Brain Reality and Prejudice Synapse segments, Yurukill is a visual feast in every aspect of Switch’s methods of play, and the pacing feels good enough that once you’re itching for a new shmup level or other type of mini-game to prove your innocence, you’ll more than likely receive it. It’s not often a title like this comes along that incorporates shmup elements as more of a complementary feature than being the sole foundation of it, but it works incredibly well here. Yurukill: The Calumniation Games is a must-have for fans of Danganronpa and others inspired by it, and though the characters won’t be as memorable as others in IzanagiGames’ current catalog, it’s still a flashy good time with plenty of panache and heart-pounding moments to be had.

Yurukill: The Calumniation Games copy provided by the publisher for the purposes of this review.