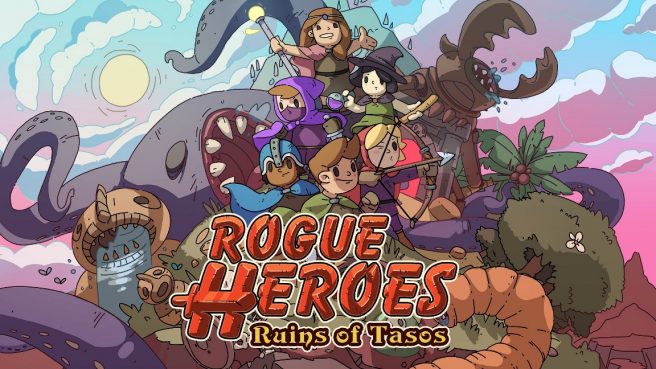 First up, we now have a final release date. The game is confirmed to be launching digitally on February 23.

A demo is going live on the Switch eShop today ahead of release. The trial “introduces players to the mystical overworld and the first of the game’s puzzle-filled, procedurally-generated dungeons.” It supports local multiplayer for up to four players, with the full game promising online support.

Here’s some information about Rogue Heroes: Ruins of Tasos, along with a trailer:

Beyond the challenge of the dungeons, Rogue Heroes: Ruins of Tasos features the titular overworld of Tasos, which is filled with its own many secrets, as well as the village of Intori. The settlement can be rebuilt, expanded, and developed throughout the course of the game, which will help the player in their quest, like a Blacksmith that improves the sword, a Clinic that bolsters health, and much more. Heroes can also prepare for the challenges that lay ahead by unlocking and honing new abilities through the game’s skill tree and its variety of character customisation options.

– Four-player co-op adventuring: Up to four players can explore the lands of Tasos and tackle the dungeons, assisting and reviving each other to earn victory together
– Roguelite dungeon-crawling: Take on procedurally-generated dungeons packed with a variety of monsters, earning gems to spend on upgrades to get further in the next run
– Town and class upgrades: Each run in the dungeon earns gems to spend on upgrades, including the facilities in the town, as well as player abilities and stats
– Classic gameplay reinvented: This is top-down adventuring brought into the modern day with colourful visuals and a number of options for combat, puzzle-solving, and exploration.

Rogue Heroes: Ruins of Tasos can be pre-ordered on the Switch eShop starting today, “bringing an additional strategic option with the Bomber class, alongside exclusive weapon skins as well as furniture that players can use to accessorise their in-game home.”