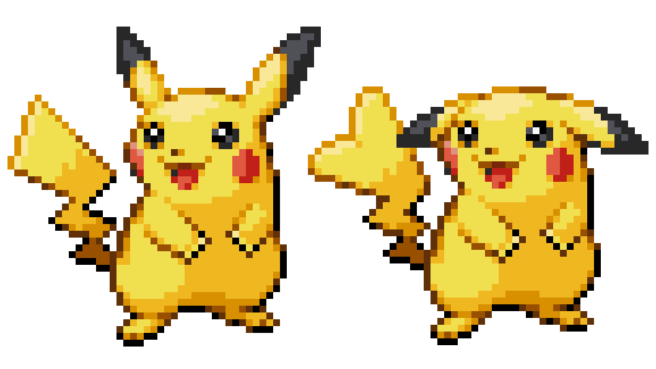 A potential Pokemon leak recently surfaced on 4chan. Supposedly, a whole bunch of beta sprites from Diamond and Pearl have popped up online. They’re notable in the way they present the Pokemon, as there are distinct designs for male and female variants.

Take Pikachu for instance. Apparently, the female version of that creature has a heart at the end of her tail and is lop-eared. We also have a look at a female Charizard with one horn, a female Arcanine with a swept-back mane, a female Mudkip with a shorter head fin, a female Plusle with smaller ears, and a female Marill have a larger ball at the end of its tail.

Here are some of the highlights:

We unfortunately cannot verify the validity of the 4chan post and sprites at this time. However, Lava Cut Content points out that the designs are in line with pre-release as well as the games’ internal data, “and other development info” such as what was covered in an old CoroCoro magazine issue. And while we only have a portion of the leak here, it would take a massive amount of work to create designs for so many different Pokemon.