Posted on November 12, 2019 by Brian(@NE_Brian) in General Nintendo, Rumors 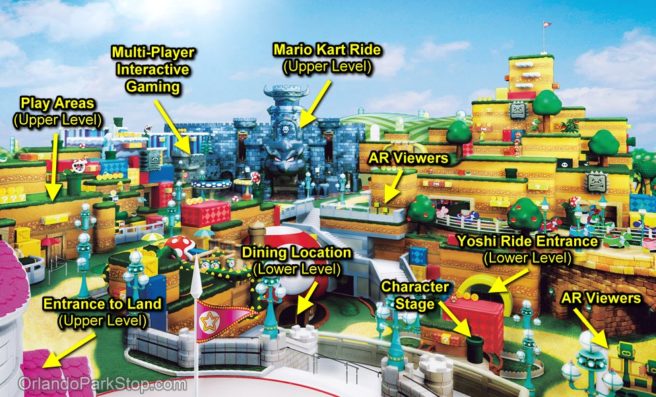 The buildup to Super Nintendo World continues. Construction has been in full swing leading up to the opening in time for the 2020 Olympics in Tokyo, and some new art has now apparently surfaced.

Xtrend Nikkei first posted the image online as part of a general article about Super Nintendo World. The piece has not been confirmed as official, though it matches previously-leaked photographs of the park’s model.

A number of new elements are shown in the supposed piece of art. These include the actual ride vehicles for Yoshi’s Adventure, augmented reality binoculars, and more. Orlando ParkStop was kind enough to label all of the important aspects, which you can see above.