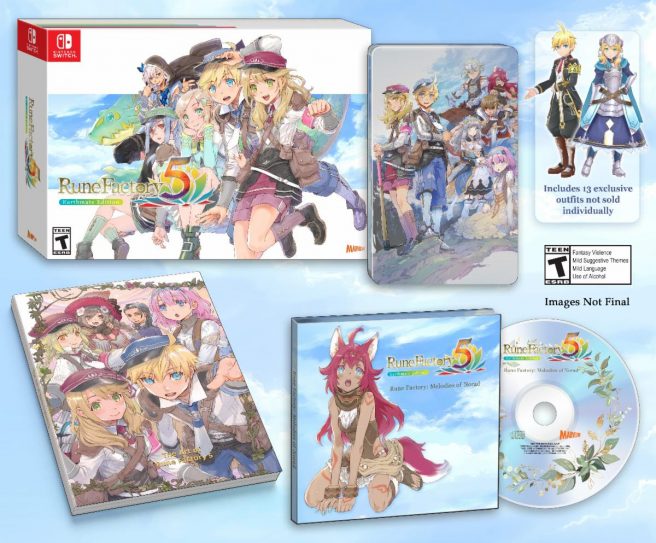 XSEED and Marvelous today unveiled a limited edition for Rune Factory 5 in North America (known as the “Earthmate Edition in the states) and Europe.

All copies will include a custom outer box featuring artwork from series illustrator Minako Iwasaki, a copy of the game in an exclusive steelbook case, large 5.8” by 8.2” softcover artbook with over 70 pages of character illustrations, concept art, and more, a ‘Melodies of Norad’ soundtrack CD featuring 15 songs specially selected from across the entire Rune Factory series, and 13 exclusive in-game costumes based on the marriage candidates (+ Dolce’s ghostly companion Pico) from Rune Factory. Pricing is set at $79.99 / £64.99 / €79.99.

We’ll also mention that in Europe, participating retailers will offer a 8cm Wooly Plush Bag Tag as a pre-order bonus for both the standard and limited edition. It’s inspired by the iconic Wooly character from the Rune Factory franchise and will only be available with reservations while supplies last at participating retailers across Europe and Australia. Note that in the UK the Wooly Plush Bag Tag will be exclusive to pre-orders at GAME. 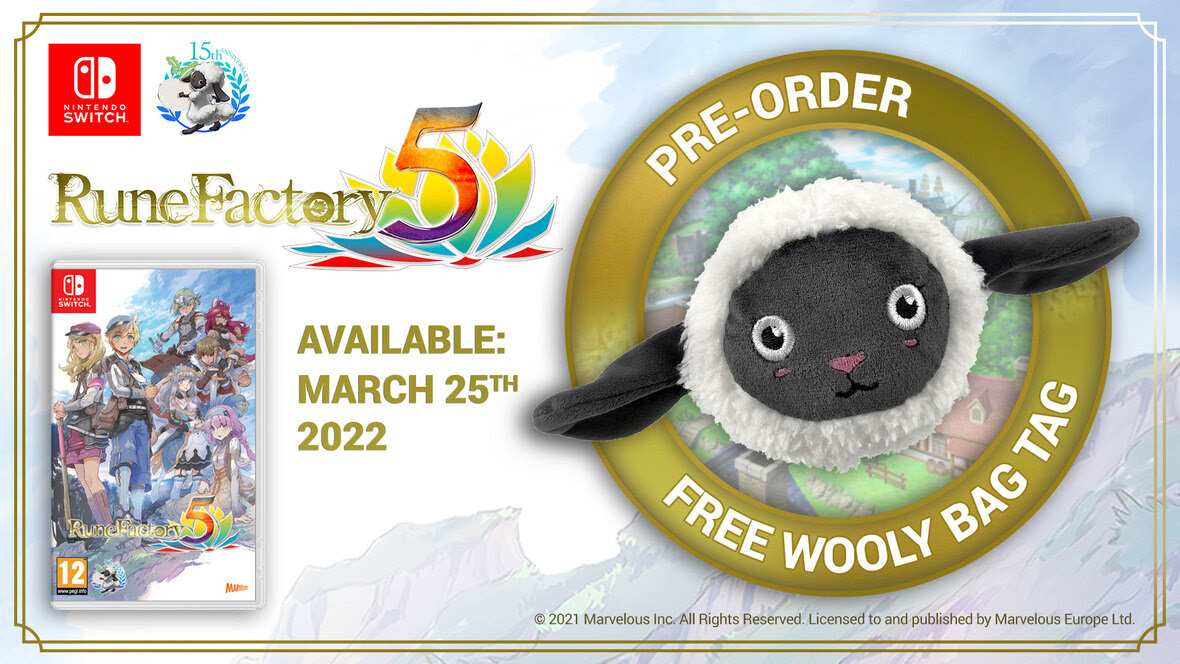