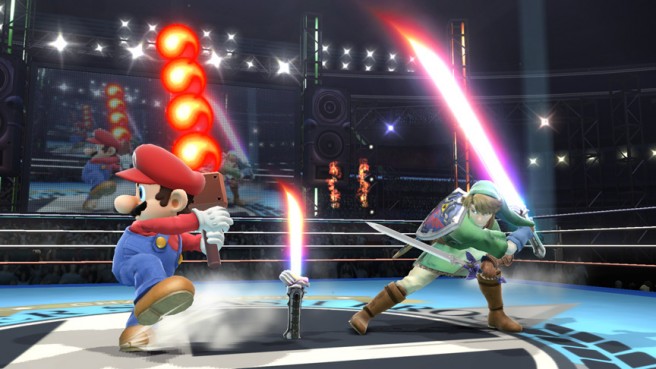 Super Smash Bros. for Wii U has three different release dates around the world. The game arrived in North America last Friday, but the European launch is taking place this Friday. Japan will be getting the game on December 6.

Super Smash Bros. director Masahiro Sakurai decided to tackle the topic of the Wii U title’s different regional release dates in his latest Famitsu column. Here’s a translation of what was shared:

Super Smash Bros. for Wii U will launch next week, December 6! As the game was released last week in North America and it will release this week in Europe, Japan is the last to get the game. Conversely, Japan was the first to get the Nintendo 3DS version.

Actually, the master up which means the completed software, was done roughly at the same time for all regions. So why did the release times differ? There are many reasons.

ROMs are made in factories. It isn’t like you could have an order completed only a few days after from ordering because it isn’t just about the software, as things like the packages and printed materials have to be arranged.

Much less in this case as several millions of mass produced copies are needed worldwide. As areas like North America are wide, it also takes time to deliver the goods to every shop. At any rate, please consider that a number of days are required for the sizable amount of arrangements.

In order to have a simultaneous release worldwide, it would be arranged in accordance to the latest release timing. So for the 3DS version that is October 3 and for the Wii U version it is December 6.

In the case of being particular about having a simultaneous release, if the scheduling was good perhaps there could be enough produced ROMs, too. However, from business and PR perspectives there are things like sales plans and the order of other software releases, so there are many matters to count.

Domestically the business opportunity for Smash Bros. was in September. It couldn’t come out any sooner and if it were to slip off, it would have conflicted with other software. As this wasn’t the case in other territories, the decision to prioritize the Japanese release was made. There is a limited amount that can be manufactured, after all.

Sakurai continued with the following, which specifically addressed the Super Smash Bros. for Wii U release date:

In Japan the word “Christmas sales war” is true as the year end is a busy business period. However, in areas like North America there is an earlier business opportunity. Thanksgiving. It is said that one third of the year’s home game software is shifted during this time, so it is very important to offer correct goods.

This day takes place on the fourth Thursday of November. In other words, November 21, which is commonly referred to as “the Nintendo day”, is very close to that, right? And the North American version of Super Smash Bros. for Wii U launched on that day.

If there is a possibility for a simultaneous worldwide release, that is absolutely preferred but every time this isn’t possible. It isn’t just a matter of simple delivery time or a matter of one software. Other things are widely considered before coming to a conclusion. Especially within the limitations of selling software anywhere in the world.

However, there is one week until the release of the Wii U version. Sorry for the lengthy wait, but just a little while longer, please.