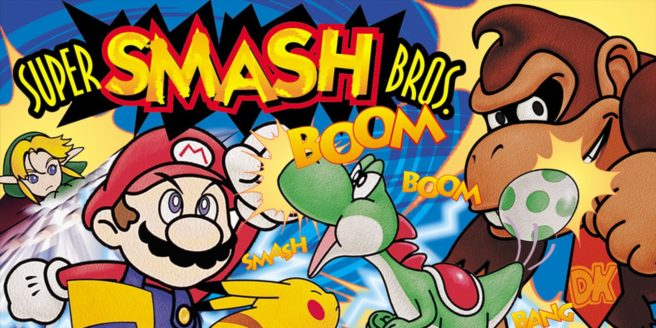 Shmuplations has translated an interview with Super Smash Bros. director Masahiro Sakurai. But rather than a recently-published interview, the site went back into the archives of Nice Games magazine from 1999, in which Sakurai discussed the original N64 game and more.

There are a few interesting comments here, such as talk about the original prototypes for Smash Bros. and how it could have been an action-adventure game. Sakurai also talked about having to overcome the perception that it would be “cheap”, and being upset with some of the overseas reviews.

We’ve rounded up these excerpts from the interview below. You can read the full discussion on Shmuplations here.

On the planning phase for the original game…

In the beginning, we had plans for four different kinds of games. With Satoru Iwata’s help, of those four, we created prototype versions for two of them: an action-adventure style game and a competitive fighting game. It took a lot of time, but having a working prototype like that makes it much easier to explain your game to other people.

We actually had decided on making the action-adventure game, but right around that time, the other game I had been working on, Kirby’s Air Ride, was abandoned. So we found ourselves needing to hurry and release something, and we chose the fighting game prototype because we thought we could get it done faster. That game, of course, would be the prototype for Super Smash Bros.

The basics of the game system were all there: the way you accumulate damage, the tilt attacks, pressing Z to guard, and so forth. However, in the beginning the characters were just normal human models. Nintendo only let us use their characters later. Of course, during that time, we thought of a lot of different possibilities. We considering asking someone else to design all the characters, or to make all the characters dogs – the first dog fighting game. (laughs) I also thought about using all Kirby characters. Out of all those ideas, we eventually came to the conclusion that using Nintendo characters in a “battle royale” format would have the most punch.

On challenges during development…

For many people, the words “a fighting game with Nintendo characters” makes them think of something cheap and tawdry. Our biggest challenge was issue was overcoming that preconception, or misunderstanding. A cloud like that hanging over your game can really affect the way it’s received. Of course, now that Smash Bros. is popular, you’d be hard-pressed to find someone who thinks its a crappy game. (laughs) But the buzz before it was released was all very negative, and we worked really hard to overcome those early impressions.

The reception within Nintendo was not very good either. It was like, “Hey… should Mario really be hitting Pikachu? Is that ok???” (laughs) When it first went on sale, there were people complaining about the idea of Pikachu holding a gun too. (laughs) But in Smash Bros., your goal isn’t to defeat or physically beat your enemy; it’s more like a sports game where you score points by knocking people out of an arena. That’s why, when someone wins, I made sure to include the sounds of applause for the victor, and I didn’t include dead bodies or anything like that when players lose all their health. It’s all a matter of perception, you see.

On the overseas reception…

The reception overseas really surprised me. The reviews were like, “The best strategy is to just mash the A button to win. Grade: F.” As the creator, I was crestfallen when I read that. We spent a lot of time thinking about tactics (the same kind of tactics you can see people using at the tournaments now, actually), so it really hurt to see people completely unaware of that, saying you should just mash the A button… you know? (laughs)