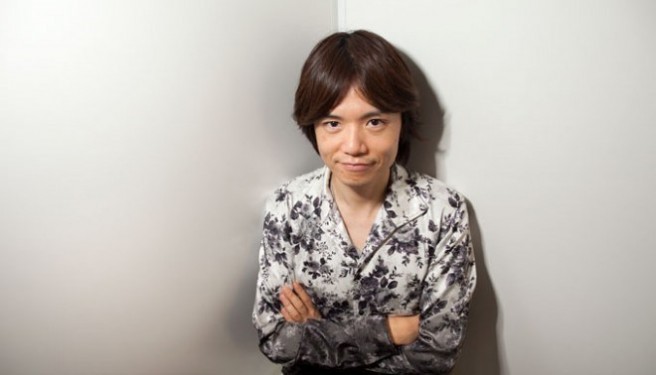 Masahiro Sakurai’s latest Famitsu column has now been translated in full. Two big topics were addressed in his piece: those who say Sakurai has a bias for certain characters, and overall game balance.

Continue on below to check out the column transcript. The full translation comes courtesy of Source Gaming.

When it comes to Smash, every once in a while people will wrongly direct their anger towards me. They accuse me of things such as giving preference or strength to the characters that I’ve worked on in the past—in other words, the Kirby and Kid Icarus series characters. Oh my.

However, if I had worked on the Mario series, people would say, “You’re favoring Mario too much,” wouldn’t they? The same would hold true for Fire Emblem, Pokémon or Starfox. The truth is, though, I put a lot of work into all the characters. It’s a mix of labor, love, and fine tuning.

For example, there are two characters I can’t seem to get the hang of: Pit and Palutena. I personally feel those two are below average in terms of strength. If I further adjusted the game’s balance for myself, I would make them stronger, but that’s not what I’ve done.

And, given that I am still making adjustments little by little, I’d like to take this opportunity to discuss the act of balancing.

Generally speaking, the most important resource for balancing is the report we receive from the playtesting team. While the playtesters don’t ever appear in the spotlight, I’m confident they’re skilled enough to perform quite well in a tournament.

In addition to the playtesters’ daily impressions, the team also considers results from online battles, as well as opinions they find about characters on the Internet. Then, using all of this data, they propose balance adjustments.

Of course, I don’t approve all of their proposals right away. There’s no point in making the game more balanced if it decreases the fun factor. To give an extreme example, I could make all the characters perform similarly to Mario and achieve perfect balance. However, that probably wouldn’t be very fun at all. We work together by making adjustments while trying to preserve the characters’ individuality, then testing out the characters again. I consider all the data the playtesters collect on all the characters and eventually finalize the changes.

In other words, although I am the one making the final decisions, we are all trying to remain objective as possible. If I don’t agree with the playtesters’ opinion, then no adjustments will be made.

The playtesting team is only composed of several people. After all, truly skilled players are hard to come by. Moreover, playtesters have individual playstyles—as well as personal strengths and weaknesses—that will come out during the testing process.

Another problem we have to consider is that battles can take on many formats in Smash. There are moves that are completely useless in a 1v1 battle, but in a four-player free-for-all those moves might prove quite useful. Therefore, if I played only one kind of battle, the game would feel very slanted towards a particular style of play.

Furthermore, if I went with what is fair according to advanced players, the beginners wouldn’t be able to keep up. For example, Kirby’s Stone attack probably won’t hit a player above intermediate skill level, but if I made it more powerful, it would destroy beginners.

At the end of the day, I’m aiming for intermediately-skilled players to be able to properly enjoy the game. Fundamentally, my goal with Smash has been to create an “enjoyable party game”. If you want to enjoy thrilling tactical gameplay, you might be better suited for other 2D fighting games.

Recently, there was a tournament featuring the top Japanese and American players. In 1v1s, the natural tendency is to use low risk moves to gradually deal damage to the opponent. Smash attacks rarely came out, and the matches were prone to becoming long, drawn out affairs. When considering the variety of ways Smash can be played I think this is a waste, but the winner was certainly decided by skill.

Just as surely, people who play the game this way enjoy it from the bottom of their hearts, and make many friends playing this way. Because the game accommodates a wide variety of playstyles, it’s only natural that it captivates so many people in a variety of ways.