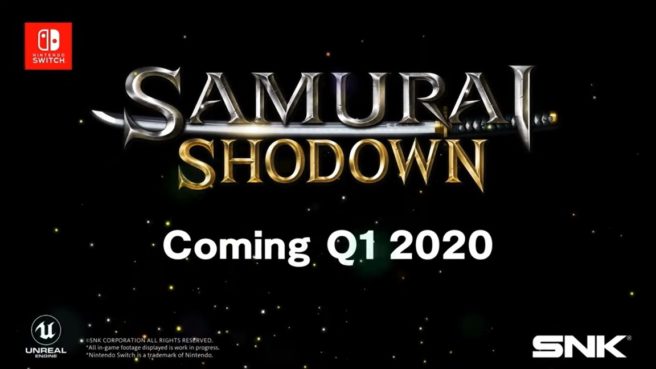 Samurai Shodown will be released in the west in Q1 2020, SNK has announced. The fighter had previously been confirmed for December 12 in Japan.

As is the case in Japan, Samurai Shodown II will be a pre-order bonus for the Switch version.