Samus costume was proposed for Axiom Verge, but Nintendo decided against the idea 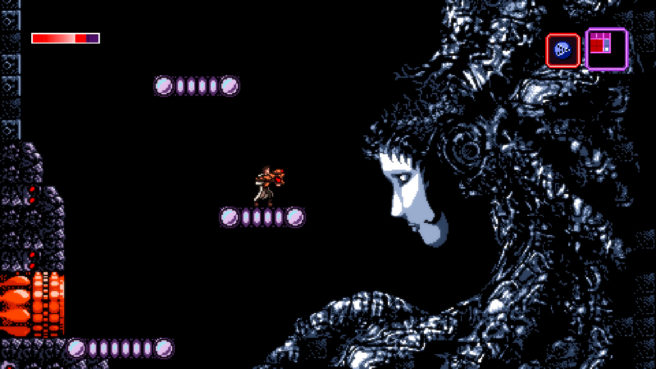 Axiom Verge takes some inspiration from Nintendo’s classic franchise Metroid. The two are very different in the end, but they do have some similarities in the gameplay department.

Interestingly, a Samus costume was proposed for Axiom Verge that would have been included in the Wii U version. Dan Adelman, who is handling the business-side of things for creator Tom Happ, said in a Reddit AMA that Nintendo “ultimately had to decide not to give us permission to do that” following “a lot of internal discussion”.

“We would have loved to have a secret code to have Trace where a Samus costume. Some people inside Nintendo really liked the idea, but after a lot of internal discussion, they ultimately had to decide not to give us permission to do that. I think the idea that someone could play the entire game of Axiom Verge looking like Samus Aran was too big of a concern for them.

There is a similar kind of callback, though. If you type JUSTIN BAILEY into the passcode tool, it has Trace in a leotard, just like in Super Metroid.”

By the way, Happ commented on whether an Axiom Verge amiibo was ever considered. He noted that they didn’t pursue it “since it’s an out of pocket cost that probably wouldn’t cover itself.”