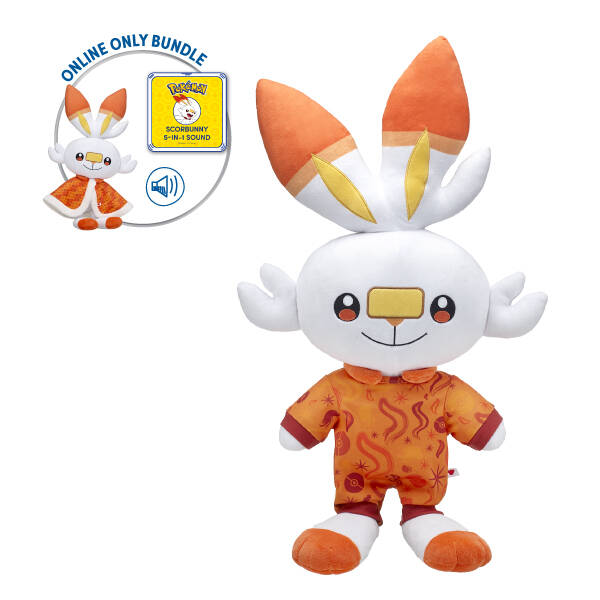 The Pokemon Build-a-Bear line expands today with its latest addition. Scorbunny, who was first featured in Pokemon Sword and Pokemon Shield, is now up for grabs.

You can order the Scorbunny Build-A-Bear here. Pricing is set at $61.