Scrap Rush!! heading to North America and Europe this summer 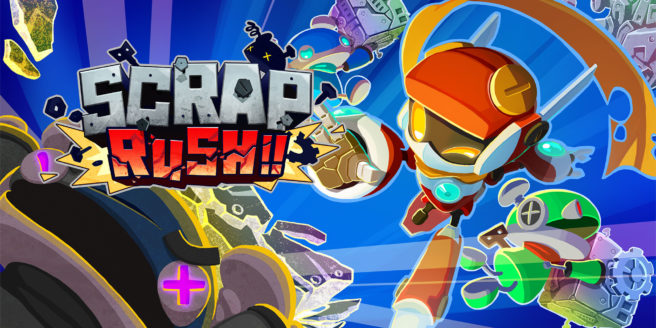 PQube has announced that it is teaming up with Aquire to bring Scrap Rush!! to North America and Europe. A release is planned for this summer.

Here’s an introduction to the maze-based arcade game:

Scrap Rush!! puts you and your friends into an arena full of metal blocks that might remind you of classics like Bomberman. Instead of bombs, you collect scrap, turn it into blocks, launch them in straight lines to crush your opponents between them and the wall to grab their scrap while dodging other players’ attacks! Depending on the game mode, last robot standing or the one with the most scrap wins.

Choose a block … Get next to a block or create one with scrap. … launch … Position yourself to line up a shot.
… crush! Crush your enemies between the block and the wall to watch their scrap go flying in a big explosion!

Choose from three different PvP modes for up to four players:

Gather the most scrap to win!
Survival Match

Be the last robot standing!

Split in teams and gather the most scrap to your team’s area.

Join forces with your friends to and try to get as far as possible in two cooperative modes:

Defend yourselves against up to 99 waves of mad robots and fill your super gauge to call in a giant scrap block!

Take on the AI with your friends or on your own in Point Match, Survival Match or Scrap Battle and face a mighty boss!