Scrap Rush!! launches in Japan next year via Nintendo eShop

Posted on December 25, 2018 by Matt(@OnePunchMaz) in News, Switch eShop 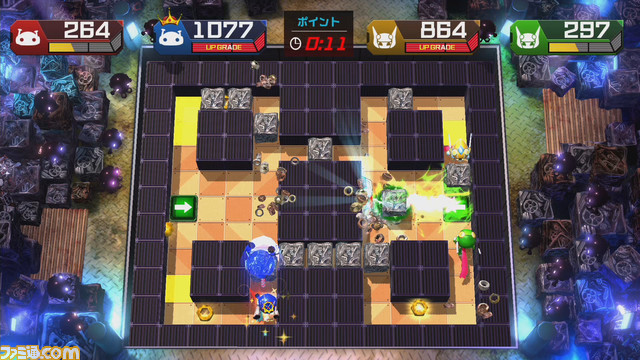 Acquire has announced that their 4-player competitive action game Scrap Rush!! will be a digital-only release on the Nintendo eShop. It will be released sometime in 2019.

At first glance, the game looks quite similar to Bomberman, though it has more of a direct action approach. Here’s the initial teaser trailer from Tokyo Game Show this year, as a reminder: