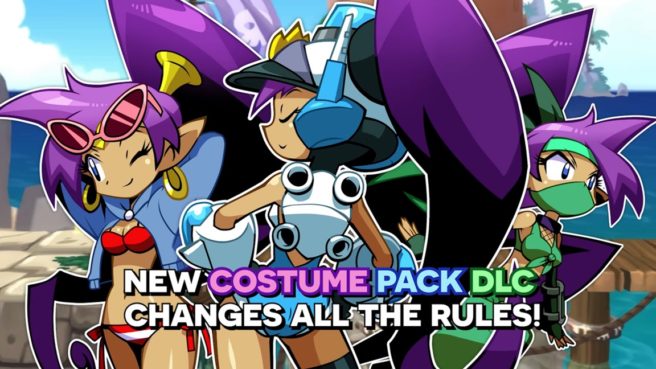 WayForward is gearing up for the Costume Pack in Shantae: Half-Genie Hero. The DLC will be available on April 10, the studio announced today.

And an overview of the DLC:

These fabulous outfits aren’t just for show – they also provide Shantae with three brand new arcade-style play modes! Bounce off walls, throw stars, and teleport with the Ninja Costume; beat the life-draining heat by collecting sunscreen in the Beach Costume; and lay down the law with your pellet blaster and block- shifting ability using the Mighty Switch Force-inspired Officer Costume. Indulge your passion for fashion while testing your mettle with this chic and challenging DLC!