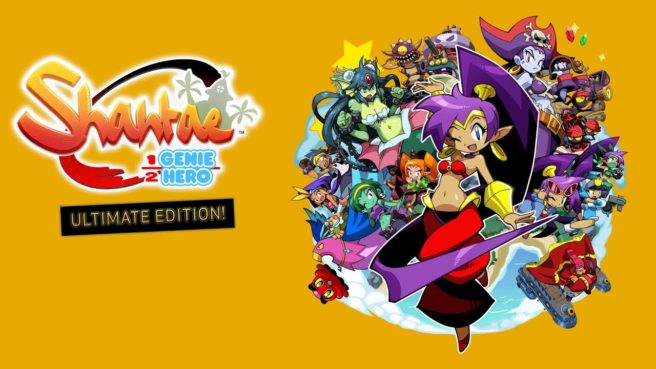 XSEED has announced that the physical “Ultimate Day One Edition” launch edition of Shantae: Half-Genie Hero from WayForward is selling at a record rate. It is now one of the company’s fastest-selling limited editions.

Supplies of the “Ultimate Day One Edition”. When retailers sell through their current inventory, this edition will be gone forever. It will be replaced in the coming weeks by a standalone Switch release titled Shantae: Half-Genie Hero – Ultimate Edition. While it still contains the base game and all DLC, it omits the bonus art book and soundtrack.

“We’re blown away at how eager XSEED, WayForward, and Shantae fans were to get their hands on this limited edition for the Switch. WayForward have been great to partner with, and have produced a truly fantastic game! We’re all humbled and excited by the reception and sales for Shantae: Half-Genie Hero, and are working hard to make sure we meet fan demand so that Shantae enthusiasts can have a physical version of the game to display in their collection.” – Ken Berry, Executive Vice President at XSEED Games

“This has been a long, wild, exciting ride from launching the Kickstarter through to this latest release. Our fans have been incredible throughout this experience, and we couldn’t be happier with how everything has turned out for Shantae and our partnership with XSEED Games on the North American retail release. They came up with an amazing limited edition that really does justice to all the hard work our team put into Shantae’s latest adventure, and it has clearly been popular with all of our dedicated fans!” – Shantae Director at WayForward, Matt Bozon