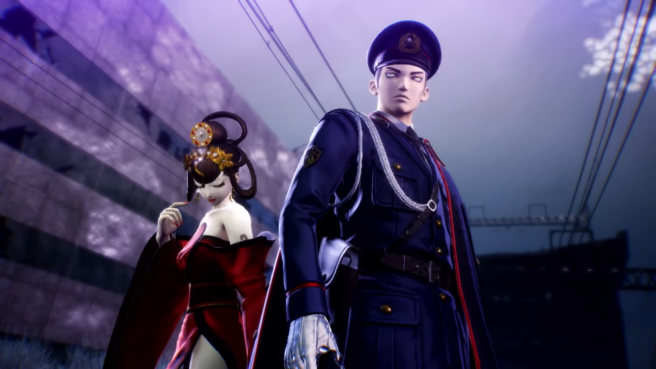 It appears that Japan got a full length trailer of Shin Megami Tensei V gameplay in today’s Nintendo Direct, while the English Direct only featured a smaller snippet of the trailer.

This full length Japanese trailer is a minute long and shows off several different settings, battles, and characters. The English Direct got about 10 seconds of this, mostly of the protagonist walking and a small glimpse of a cutscene.

The full video can be viewed below, and while it is in Japanese, it still showcases a good amount of gameplay and cutscenes.

Shin Megami Tensei V launches for the Switch on November 12, 2021. More details about the game can be read below:

Godhood Awaits
When a grisly murder scene in modern-day Tokyo blocks our protagonists walk home, an unplanned detour leaves him buried and unconscious.

With newfound power, the protagonist ventures through Da’at, an enigmatic realm filled with mythical deities and demonic tyrants in constant conflict for survival.

Searching for answers, the protagonist must forge his own path in a battle between light and dark to dictate the fate of the world.