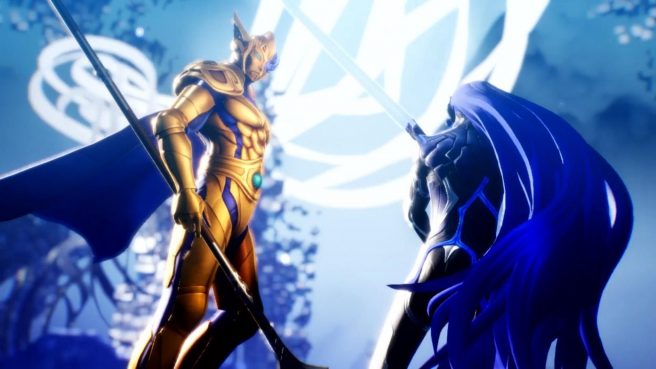 Atlus has uploaded a new “World in Ruins” trailer for Shin Megami Tensei V that provides fans with a closer look at the game’s story ahead of next month’s launch. It goes over the initial plot, explains the need to team up with other demons,  teases various characters, and more.

As a quick refresher on the Switch RPG, check out the following overview:

When a grisly murder scene in modern-day Tokyo blocks our protagonist’s walk home, an unplanned detour leaves him buried and unconscious.

With newfound power, the protagonist ventures through Da’at, an enigmatic realm filled with mythical deities and demonic tyrants in constant conflict for survival. Searching for answers, the protagonist must forge his own path in a battle between light and dark to dictate the fate of the world.

Shin Megami Tensei V is planned for an exclusive Switch release on November 12. As a reminder, you can keep track of all previous coverage on the game here. Additionally, the game’s official website is up and running here.