Smash Bros. “Pic of the Day” ends on Miiverse, final message from Sakurai

We stopped posting Masahiro Sakurai’s Smash Bros. “Pic of the Day” from Miiverse when the Wii U title launched in Europe. However, Sakurai continued for just a little while longer.

Now that Smash Wii U is out in its final major region – Japan – posts have now officially come to a close. In honor of that, we’ll share Sakurai’s last message. 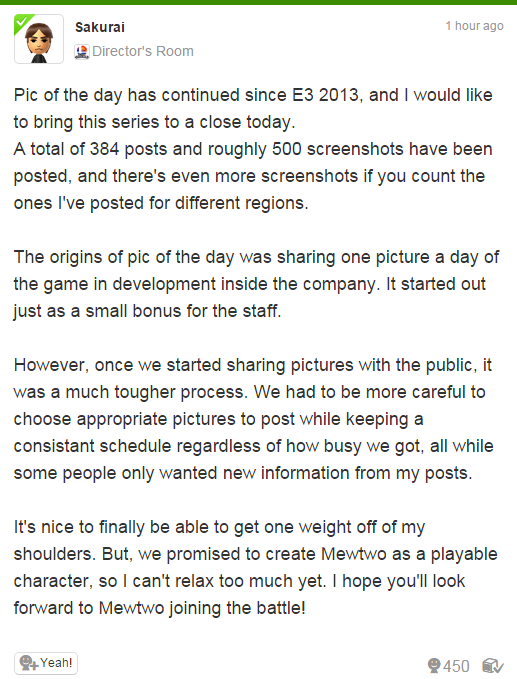