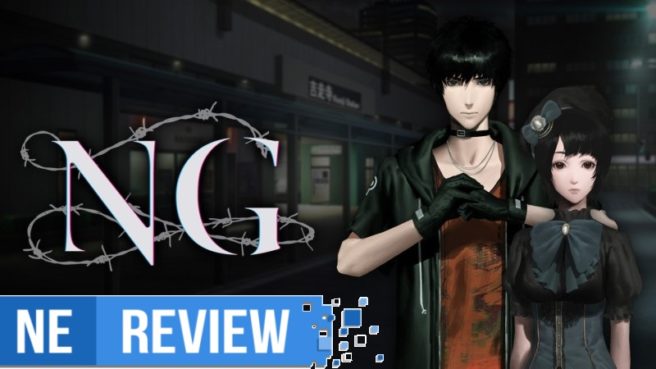 When Death Mark initially released in 2017 in Japan, I knew right away that there was something special about it. There have been a few horror visual novel games in the past, but this new IP by Aksys and Experience had a certain vibe and panache to it that was so out there compared to others in the medium that it stuck out and demanded attention. A year later the game would be localized to the rest of the world and confirm the feelings I had of there simply being nothing like it. The horror genre has this incredible way of keeping you at the edge of your seat when you find yourself captivated by the events of what’s going on, and here we are a year later – in what’s now coined as the Spirit Hunter series – as its follow-up, NG, excels, refines, and builds upon its predecessor to tell yet another somber story of the unknown and afterlife, presenting itself in a format with hidden object and adventure elements wrapped in a visual novel delight.

It’s 1999, taking place a few years after the events of Death Mark. This is a time before apps, the internet was in its infancy, and the overall infrastructure of connectivity wasn’t as global or accessible as it is now. In NG, you’ll search for your sister, Ami, as she’s spirited away by an unknown entity that claims if you don’t play their games and look for the “Urashima Woman” you’ll never be able to see her again. As someone who never believed in ghosts before, the whole thing feels like a prank, but you decide to play along until you begin to slowly decent into madness, risking everything you have to get back your sister with the aid of your friends – all of which have their own set of skills and beliefs that may both benefit and come to the detriment of your goal. Why was she taken away? Why now? Why her? What’s the Urashima Woman have to do with all of this? 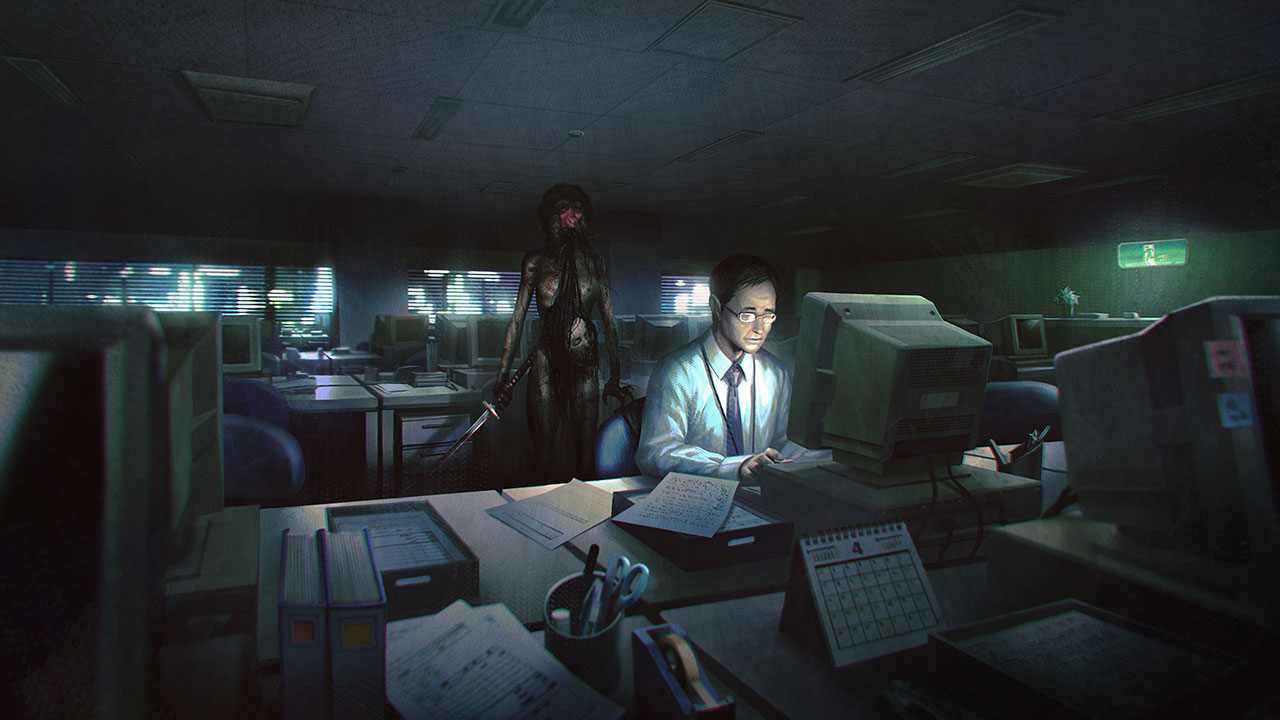 As things begin to unwind, a variety of gameplay mechanics, options, and routes will reveal themselves to you, and you’ll have to do your best to make the right decision in every scenario to make it out alive. While Spirit Hunter: NG will mostly be a visual novel, in the same vein as Corpse Party: Book of Shadows, you will have the ability to “move” in certain investigative situations where you can go from scene to scene and uncover items in a hidden object-like fashion as you point your flashlight in key places to initiate an interaction. Sometimes you’ll just get dialogue between characters, other times you’ll find items, and in some instances you may even get a jump scare. Nothing is ever overly tedious, and while you’ll find yourself in some cases wondering how to progress, sometimes it’s a simple act of combining items or talking to a certain character that will help you get to the next portion of NG.

The game does a great job at building tension, even when you’re in these moments of seemingly tranquil settings since scares can even happen while you’re not doing anything. You could simply make your way to another scene and during the brief moment the screen turns to black to load the next segment, a multitude of things could pop up, from hands to numbers and symbols and beyond. Everything is so sporadic that you never really know when or how something will come to be, and there was even a moment I was reading through a character profile when a set of hands smacked down on the pages in the sub menus. I was shaken but immensely happy at the same time as I had never seen something like that before occurring in a place you’d least expect like a pause menu – and I play a lot of horror games. 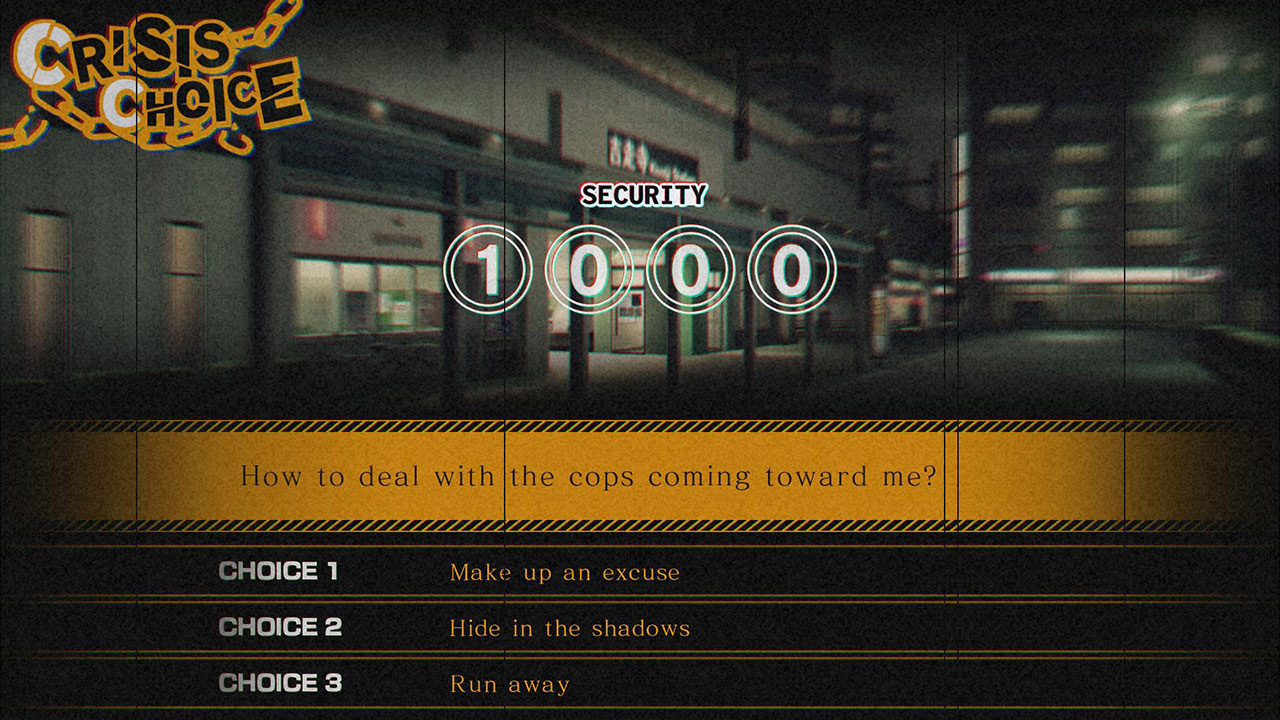 Decisions play a large part in where the story will take you, though a lot of the time, despite the options available, there’s only ever one true answer while the rest will give you game over screens. If you’re being chased, for example, deciding where to hide – like a closet or bush – will lead to its own set of events, like being able to peak out, or throwing a rock to distract, and then deciding where to throw that rock, and then once that rock is thrown, what to do after that, like waiting and watching, running, further distractions, baiting, and more. It’s a sequence of events that’s awesome to see play out, but when you make one wrong choice and you find yourself in a scenario that’s deep in a string of choices, you’ll inevitably get a game over screen and have to start over from the beginning. Thankfully there are checkpoints in reasonable locations, and rarely did I feel any regret or annoyance over this. If you’d like to change events leading up to a scenario to somehow avoid it or go a different route, you can always load your last save as well, but the manual saves typically only happen at the end of chapters and if you had taken the time to save during investigative sequences, so unless you absolutely hate the series of events you find yourself in, I wouldn’t recommend this option and just restart from the forgiving checkpoints instead.

Admittedly, while the illustrations and depth of NG (and Death Mark before it) are a sight to behold and most scenes are meticulously crafted, it’s here during the game over and “bad end” scenes where it’s heavily lacking. You’ll have a script play out to describe the course of events, but no imagery to go along with it say something like Corpse Party or Zero Escape would, where you’d even have an incentive to purposefully ruin an event to complete your gallery and be treated to a gruesome art piece conveying just how bad the moment really is. How you react to certain characters when speaking to them can influence a way one will feel towards you and what may occur in future events also, and this is done by presenting a bunch of images when talking to someone that range from a few upset, angry, and frustrated faces to neutral, happy, and excited emotions. These will also influence where your story may or may not go, and while you would assume treating everyone with kindness may reap the most benefits, sometimes it’s just smarter to quite literally punch someone (or something) in the face. Playing the game naturally and with proper emotions, to me, gave me an unprecedented experience and made NG feel like an authentic mystery, and one that I could oddly put myself in despite the differences in character between me and the protagonist. 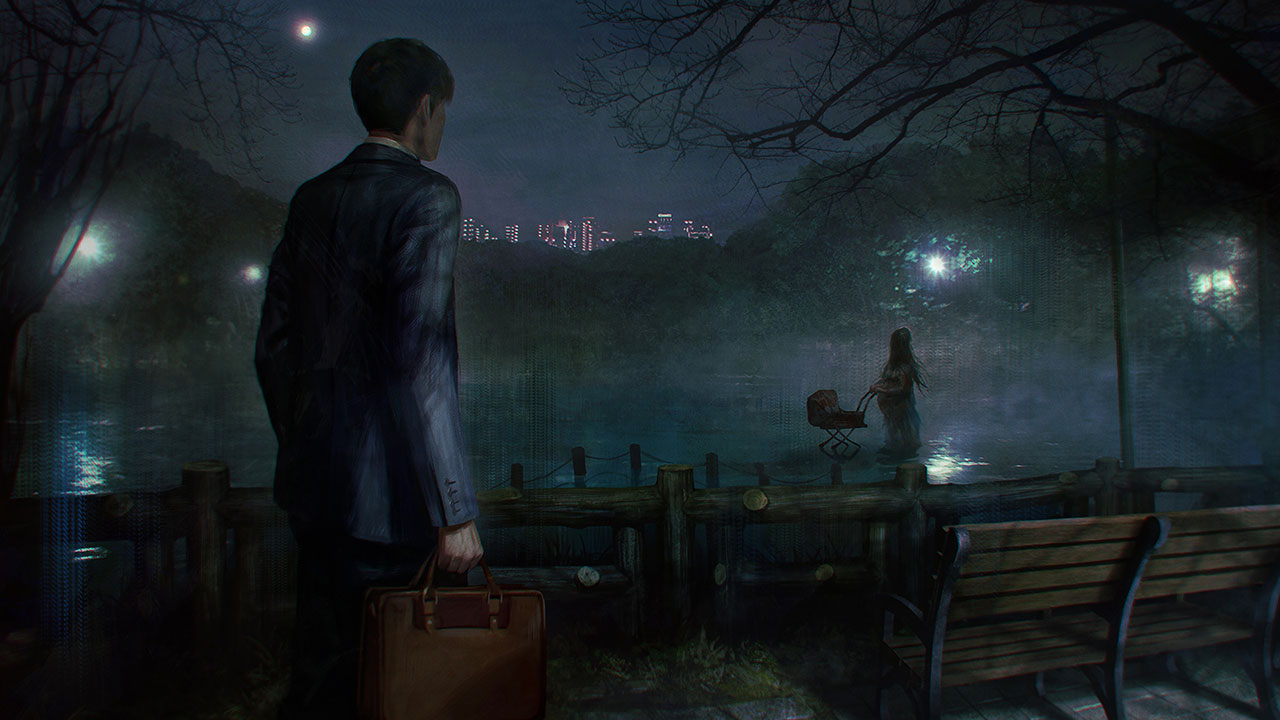 An even better reason to recommend Spirit Hunter: NG is for whatever reason if you didn’t play Death Mark, you can absolutely jump into this without having played it prior. It’s one of those same universe, different story type deals, and you won’t be lost by any means. I think it’s certainly something one would appreciate a lot more if they did play Death Mark first, but now that they’re both out you’re more than welcome to do NG first and jump into Death Mark afterwards if you’re inclined to do so.

Spirit Hunter: NG is hard to put down, and though I did encounter one bug about ten hours in where two pieces of music were going on simultaneously that caused me to hard reset since it would carry on in different menus, I’ve otherwise had a near flawless experience in both TV and handheld mode where everything is complementary to each other, making for a beautifully eerie feast for the eyes and a story that’s hard to put down. The settings, progression, lingering fear, and mystery marries so incredibly well that the game quenches not only the thirst for that next immersive horror experience, but gives you the main course and dessert as well. October is naturally filled with tons of horror games from indie to AAA and everything in-between, but out of everything out this month, if you’re looking for a meaningful narrative that provides an eloquent distribution of what makes the horror genre so great – for veterans, casuals, and newcomers alike – Spirit Hunter: NG is absolutely one of the top games one should have their eyes on this month, and in the realm of visual novels it’s one of the best we’ve seen not only this year, but in quite some time.

Spirit Hunter: NG is an incredible sequel to the already phenomenal Death Mark which brought the horror and visual novel genres to new heights with its spectacular storytelling, impeccable music, and one-of-a-kind art. The way the horror carries itself through tension of dialogue, stunning backdrops, complementary and situational ambiance and score, and scares that get under your skin through fascinating imagery and well-timed unpredictable moments of terror puts NG – much like Death Mark before it – in a class of its own. This new Spirit Hunter series has easily become one of my favorites, and to say I’m excited to see what further becomes of this series would be an understatement. Aside from the beautiful art that’s hard to look away from, the writing makes Spirit Hunter: NG equally as hard to put down. Characterization of everyone involved is fleshed out, and while in a lot of ways character development can tend to evolve in a cliché way, it’s easily forgiven as you become in tune with those on screen, laughing, worrying, fearing, and being shocked all the same. Its gameplay elements that work like a hidden object game work immensely well, and are done in a way that it never feels overwhelming or artificially prolonged, making each section of each chapter feel proper, well-paced, and purposeful. My biggest complaint is not being able to save whenever you’d like, reserving those moments for the end of every chapter and during investigative scenarios, but if you find yourself immersed into Spirit Hunter: NG (and you will), it won’t feel very tedious waiting for that next save point since you’ll be curious about what’s going to happen next anyways.

Spirit Hunter: NG review copy provided by Aksys Games for the purposes of this review.