Spiritfarer getting “Jackie & Daria” update next week, details and trailer 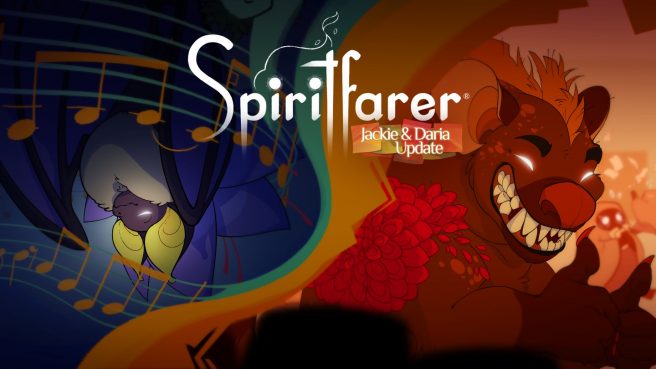 Thunder Lotus has announced the third and final free update for Spiritfarer titled “Jackie & Daria”. It’ll be going live for all Switch players on December 13.

According to Thunder Lotus, this will be the biggest update yet for Spiritfarer. In it, heroine Stella sets sail for a new island where she’ll discover a dilapidated hospital and two new spirits: the caretaker Jackie, and Daria, his main patient. Thunder Lotus notes, “Stella’s care and efforts will help soothe a troubled mind and bring the facility back to its former glory.” The update also comes with a new platforming event plus new upgrades for the ferry.

“We’ve saved the best for last! The team was unanimous in their desire to make the game’s final update something special, and I feel they’ve really pulled out all the stops here. The Jackie and Daria Update is a lovely curtain call for Spiritfarer as well as a great show of gratitude to the fans who’ve supported us since the day we announced the project. We hope they enjoy taking one final voyage with us!”

We have a trailer for the new Spiritfarer update below.