Splatoon 2 producer on the decision to release single-player DLC, having the Inklings in Mario Kart and Smash Bros. 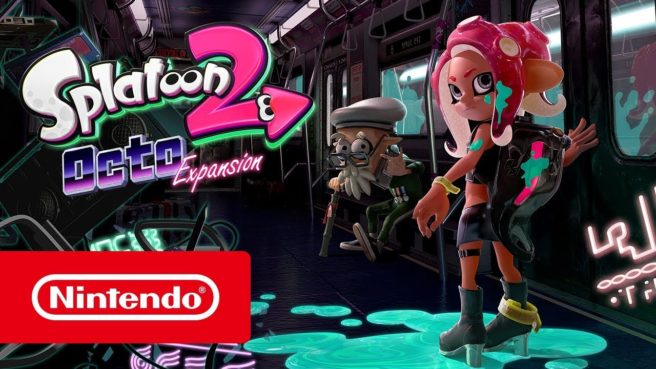 At GDC last week, Game Informer spoke with Splatoon 2 producer Hisashi Nogami. Nogami talked about why the team decided to make single-player DLC as well as what to expect from the expansion. He also touched on what it’s like seeing the Inklings in Mario Kart and Smash Bros.

We’ve highlighted some excerpts from the interview below. You can read the full discussion on Game Informer here.

On the decision to release Octo Expansion…

There are actually a few reasons we decided to move forward with the single-player expansion. One of the purposes we gave for the single-player – Hero mode as we call it – in the first and second games was to give people a training ground of sorts to give them different weapons, items, and strategies to take into multiplayer.

After coming out with the games and their content, we’ve continued to create a variety of new weapons, and we’ve seen players use these weapons in all sorts of different ways. As developers, with these updates we’ve been bringing out, we’ve had new ideas that we’ve wanted to try out, new situations that we wanted to challenge the player with. We’ve kind of been storing those up. The first reason we’ve decided to go with this is that we’ve had enough of these built up over time that we felt confident that we’ve got enough ideas that would make for a satisfying single-player experience.

Another reason was being able to use single-player as a way to flesh out story elements that we hadn’t been able to so far, whether that’s the characters from Off the Hook we’ve seen in their news capacity to this point, or Captain Cuttlefish, who has been missing since the first game. Now you get to meet up with him and find out what he’s been up to.

We want to be able to continue providing fans with these new gameplay and story elements that constitute a really satisfying amount of new content, and something that we feel confident being able to make as paid DLC. We felt that this type of content is best suited as single-player.

We’re really sensitive to things like how adding certain kinds of weapons into multiplayer that you have to pay for would create imbalance among the players. We really want to make sure that we keep multiplayer an even playing field for everyone, and a place where the players’ skills are on display and that is what decides the matches. But with that said, we did want people to be able to bring the skin or aesthetic of the octolings into multiplayer.

On what to expect from Octo Expansion…

We’ve said that there are more than 80 of these stages that you’ll have to encounter in the Octo Expansion, and among them are those that are really short and those that are longer. In the single-player campaigns until now, the stages have largely been about starting at point-A and making your way to the goal in point-B and the stage is done. That won’t necessarily always be the case for the stages in the Octo Expansion. Instead, you may have mission objectives that you need to clear, and once that’s cleared, you’ll have cleared the stage.

Among those objectives, there are some that may take a really long time to complete and others that you may be able to complete right away. That will depend largely on players’ skills. We hope that those differences in stage objectives offer fun enough content for people to go through…

On having the Inklings in Mario Kart and Smash Bros…

Of course it’s one thing to see fans get excited for characters like Callie and Marie or Pearl and Marina from Off the Hook, but for me, the game and its contents as a whole are sort of a character or a child that I’ve helped create. To see the game’s content as a whole accepted this much and mean this much to people has been really impactful and a really wonderful thing for me to see.

The thing that I want to do as a developer is come up with new kinds of gameplay. Thinking about it in that way, characters are sort of byproducts of that process. That said, when we create characters, we do hope they have an affection for them, and we create them to give them as much of that potential as possible.

Seeing our characters get brought into Mario Kart or Smash Bros. is kind of self-affirming to us that we made some good choices with these characters. It’s rewarding to see them accepted and grow stronger by their inclusion in these other franchises.

By the way, Nogami commented on how the internet has compared Pearl and Marina in Octo Expansion to the styles of rappers Notorious B.I.G. and Tupac Shakur. When asked if those were intentional references, Nogami said: “Giving you a straightforward answer about that might steal some of the fun out of it, so I’ll keep that a bit of a mystery.”