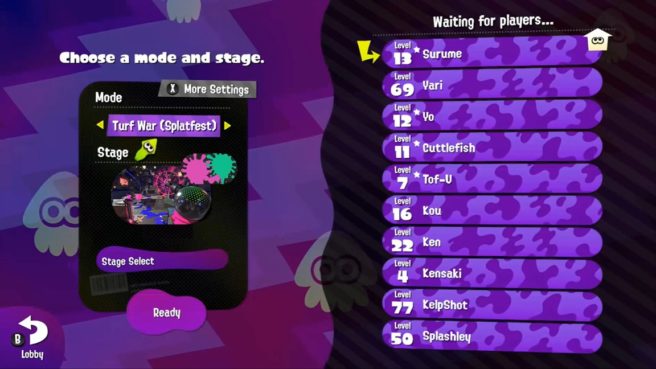 Nintendo has announced a new 5.0.0 update for Splatoon 2, which is going live after the final Splatfest. In late July, it will add the Turf War (Splatfest) to the modes you can choose in Private Battle. Here players can battle out Turf War matches in all 24 Shifty Stations, including the new stage from the final Splatfest. You can also play the nighttime versions.