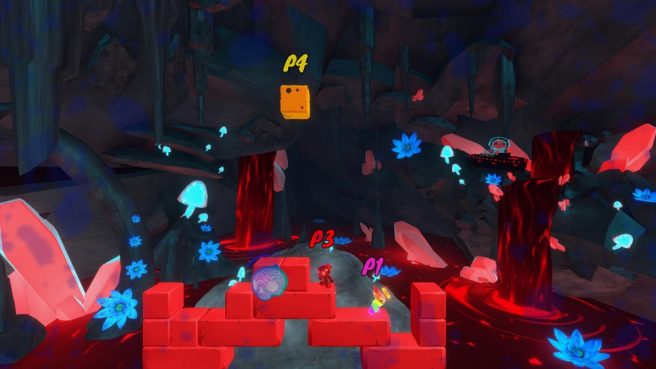 Squish, the co-op party title from PM Studios and Grave Rave Games, has been given a new launch trailer. The title just debuted on Switch following a previous delay.

More information about Squish can be found in the following overview:

A spoopy, squishy, and fast-paced party game where you and up to three gooey friends rave it up in an underground crypt as it collapses down on you. You must push blocks, dodge, and jump to survive the rave and squish your opponents. Last Skelegoo standing takes it all!

– Whether you’re looking to squish other players directly or trying to survive until the end while partying on the sides, there are many ways to rave it up.

– Partying is easy, but surviving a collapsing underground rave is hard!

– Squish is easy to learn, but hard to master! There are only a few controls to pick up before you can push blocks and dodge threats that come your way.

– Mastering the controls and knowing exactly how to manipulate the terrain to survive, however, is another story.

View the new launch trailer for Squish below.

Squish can be purchased either physically or digitally on Switch.