Star Wars: Shadows of the Empire was initially a western, Miyamoto’s tough criticism

Posted on September 26, 2018 by Brian(@NE_Brian) in General Nintendo, News 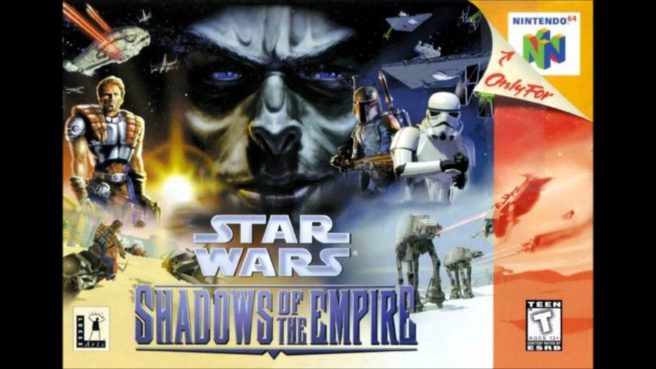 Shadows of the Empire wasn’t always a Star Wars game. In an interview with Game Informer, co-project leader Jon Knoles revealed that after wanting to take a break from Star Wars, the team “started kicking around this idea of a western with this new machine we heard Nintendo was making.”

Everything changed after Nintendo reached out to LucasArts about making a Star Wars game for what would be the N64. The Big N was interested in something new with original characters.

Interestingly, Nintendo’s Shigeru Miyamoto ended up having quite the influence on Star Wars: Shadows of the Empire. Miyamoto felt that the camera needed work, wanted Dash’s feet to always be visible, and believed the character animation could be improved.

“He was talking to us about the new Mario and how excited he was to see the stuff we were working on… and then he preceded to provide us with some critiques. I am feeling pretty good about what we got, and the feedback was certainly legitimate.”

“Part of our problem, being a shooter, was the farther away you get from your character with the camera, the more inaccurate your shooting, turning, and aiming feedback becomes. The other bit of feedback… I’d like to think something was lost in the translation, but I swear what I heard his translator say was, when we were talking about character animation, ‘Do you not to take pride in your animation?’ They were right, but it was harsh feedback at the time. That stung a little bit, but it was still pretty cool to meet Miyamoto.”