Studio MDHR shares update on Cuphead: The Delicious Last Course, will feature team’s “most detailed and complex animations” yet 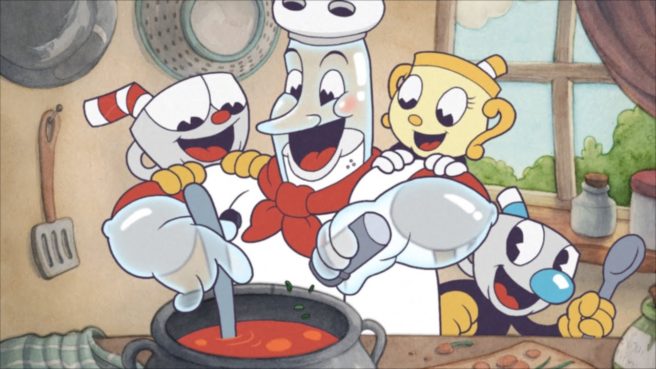 During an interview with Geoff Keighley as part of Summer Games Fest, Studio MDHR shared an update on Cuphead’s The Delicious Last Course DLC.

COO Maja Moldenhauer mentioned that 2020 “just threw everyone for a loop, and we’re still working on it.” The DLC is “taking us a little longer than we thought, but we want to make it a memorable experience,” she said.

Moldenhauer also teased that The Delicious Last Course will have “some of our most detailed and complex animations that we’ve ever done.

“This year kind of just threw everyone for a loop, and we’re still working on it. In true Cuphead fashion, it’s taking us a little longer than we thought, but we want to make it a memorable experience. To be honest, I think that we ultimately probably announced it a little bit too early based on when we actually put pencil to paper, but at the end of the day, we want it to be a fulfilling experience and live up to Cuphead and it will come out when it’s ready.

We did share that little teaser last year, but ultimately we want fans to be surprised by what’s coming. I can say that we’ve learned so much from the development of Cuphead, and the whole team has really honed in on their craft. We’ve improved things right from design right through to animation. I think one of the things that people can expect is some of our most detailed and complex animations that we’ve ever done. We’re really excited for fans to see it, but other than that, we’re gonna have to wait a little bit longer to share more.

In last year’s teaser, we got a glimpse at a couple of new bosses and a new playable character, Ms. Chalice, which is not just a new suit that you put on Cuphead or something – she’s a totally new character, different movesets and patterns, and you can also go back and play the entire game as Ms. Chalice. It’s shaping up to be really cool. We’re so excited for people to see it, but again, we want it to be a surprise and so we’re staying a little bit tight-lipped in terms of sharing any more than that.”

Cuphead: The Delicious Last Course is still apparently on track for 2020, but it’s possible that there could be another delay. The DLC was actually originally planned to launch in 2019.