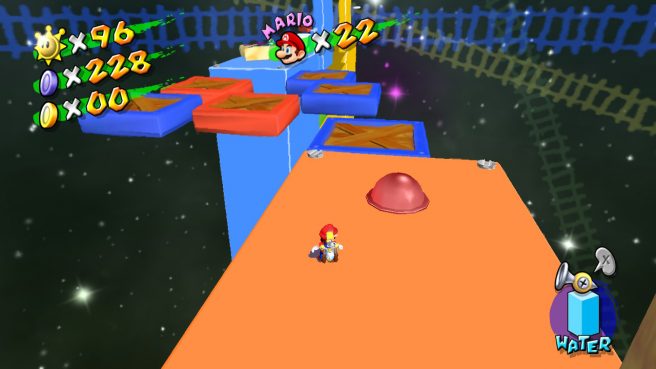 The long-awaited 1.1.0 update for Super Mario 3D All-Stars arrived tonight. Aside from adding inverted control options which had been previously confirmed for the patch, Nintendo unexpectedly started offering support for the GameCube controller in Super Mario Sunshine.

There are a few other aspects to the update not mentioned in the patch notes. For one thing, the debug blocks in Super Mario Sunshine have now been removed. Players previously noticed that Bianco Hills’ second secret area displayed cubes which mark the flipping platforms’ paths and weren’t intended to be shown.

And the start sound for timed events. pic.twitter.com/3SlRnICncv