Lots of posters and images for The Super Mario Bros. Movie seemingly leaked 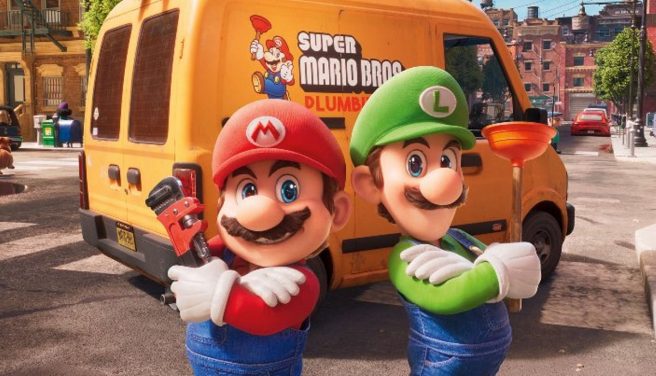 A bunch of images have popped up online for The Super Mario Bros. Movie, and we may have a look at another character.

Photos have been appearing on websites such as 4chan. It’s unclear what the original source is, but all signs point to the images being legitimate. Aside from showing off the main cast – including Mario, Luigi, Peach, Bowser, and Toad – we also have a look at another character. If you’re looking to maintain the surprise, keep that in mind before proceeding.

The second image is what you’ll want to really focus on, as it may show Pauline. You can find her to the right of Mario and Luigi’s truck – specifically on the street – though you’ll probably need to zoom in. Outside of that image, we seem to have the key art piece (first shot), a size chart (last one), and more.

Today’s leak comes right after Nintendo just announced that The Super Mario Bros. Movie Direct will be airing in just under 24 hours – we have more information about it right here. During the event, fans will be able to watch the second trailer for the film.

The Super Mario Bros. Movie will be coming to theaters on April 7, 2023.

Thanks to Pik for the tip.