Posted on December 2, 2019 by Matt(@OnePunchMaz) in News, Switch, Videos 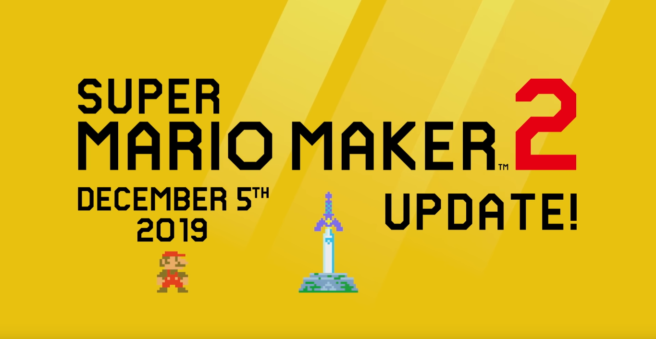 Super Mario Maker 2 is getting a major free update this week, on December 5. Version 2.0 will add many new course parts, including the Master Sword item in the Super Mario Bros. style that transforms Mario into Link, giving him a totally new moveset, as well as a new speed-run mode. Here’s the trailer for the update:

Head past the break for a breakdown of all the new additions: