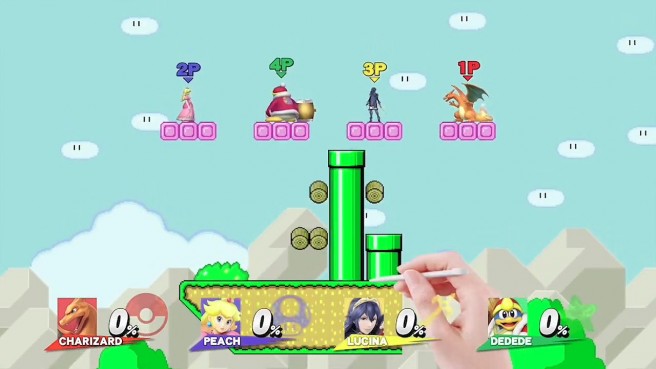 A brand new update is now up for Super Smash Bros. for Wii U/3DS following its maintenance, and with it comes a new batch of DLC.

Along with the brand new Pirate Ship stage – which is available as DLC exclusively on Wii U – the Duck Hunt stage from the Wii U version of Super Smash Bros. is now making its way over to the 3DS version.

As usual with the Mii Fighter costumes, you can buy them individually or as a bundle for a discounted price.

Be sure to download the new update if it isn’t done automatically when you boot up the game to gain access to all of today’s new content.