Super Sami Roll getting a physical release on Switch 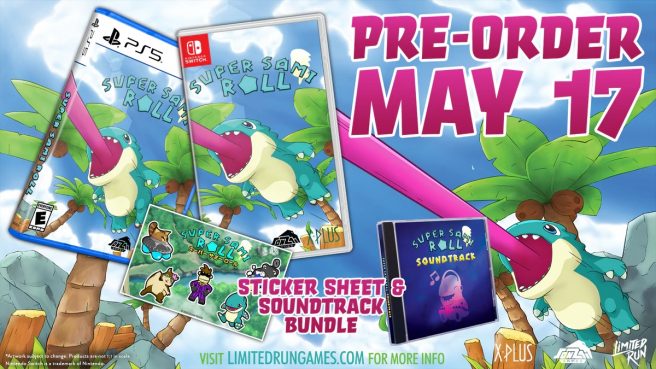 Limited Run Games will be offering a physical version of Super Sami Roll on Switch, the company has announced.

As another title in its distribution line, there’ll only be a standard release – no special edition. However, a soundtrack bundle will be up for grabs.

We have more information about Super Sami Roll below.

The wicked Albert VII has captured Sami’s friend Vera and only you can help him save her! But it won’t be easy – you’ll need to roll, grapple, and jump to make it through in the colorful 3D world of Super Sami Roll.

Embark on a journey rolling through beautiful green fields, deserts dotted with magnificent pyramids, dangerous oozing volcanoes, frigid ice lands and many other memorable places with rolling physics and tons of hidden secrets!

You’ll be able to pre-order the physical version of Super Sami Roll for Switch here. It’ll go up on Tuesday, May 17.