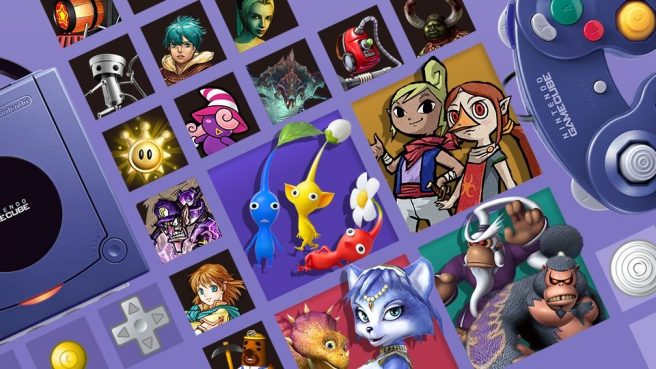 Super Smash Bros. Ultimate will soon be hosting a new Spirit Board event in celebration of the GameCube’s 20th anniversary.

During the event, spirits related to the console will appear. You’ll earn more gold than usual by defeating them in battle.

You can see what Nintendo has in store for the Spirit Board above. Spirits from The Legend of Zelda: Wind Waker, Super Mario Sunshine, Pikmin, Animal Crossing, Chibi-Robo, Baten Kaitos, Eternal Darkness, and more will be showing up.

The new GameCube Spirit Board event in Super Smash Bros. Ultimate goes live on September 10. It will last a total of three days.

We’re actually week out from the GameCube’s 20th anniversary. The system first launched in Japan on September 14, 2001. The North American release then took place November 18, 2001. It’d be a few months after that for Europe, as PAL regions didn’t see the GameCube until May 2002.

GameCube was far from Nintendo’s best-selling system having sold just under 22 million units – Switch is at 89 million and still going strong. But dedicated fans have a positive view of the console thanks to its strong library of software. Even with Super Smash Bros. Ultimate for example, many still play Super Smash Bros. Melee to this day.